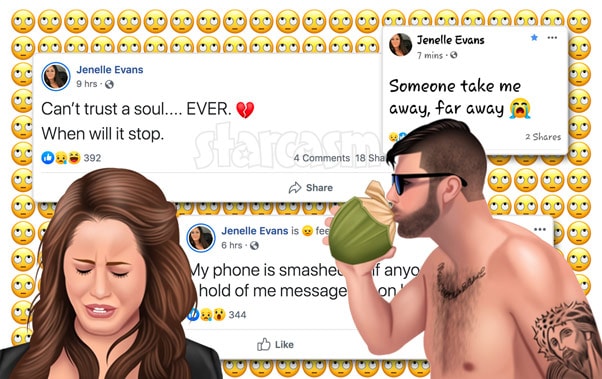 Former Teen Mom 2 couple Jenelle and David Eason appear to be back to their old ways as Jenelle shares a series of posts on social media claiming that she “can’t trust a soul,” her phone is “smashed,” her “kids are the only ones that make me happy,” and asks that “someone take me away, far away.” Oh, and of course Jenelle and David are no longer following each other on Instagram.

I will preface this story by pointing out that it is April 1. This could all be Jenelle and David playing a prank and joking about their horrifically abusive and toxic relationship over the years.

Conspiracy theorists might also point out that Jenelle’s contract with MTV recently expired, opening her up to pursue other reality show projects. These kinds of non-specific social media posts would certainly be great screen cap material if the two managed to land on some sort of relationship therapy reality show.

Those same conspiracy theorists might also point out that UBT and ABT are very limited these days as far as revenue streams. One door that does remain open to them are clickbait sponsorships. So, perhaps this just a way to generate some “exclusive” statements? Or maybe it’s generating subject matter for Jenelle’s YouTube channel?

OK, now that I’ve stated all that up front, I feel like we can move on.

Jenelle’s hints that all is not well on The Land began with a Facebook post this morning. “Can’t trust a soul…. EVER,” Jenelle wrote, adding a broken heart emoji. “When will it stop,” she added.

Jenelle returned to Facebook a couple hours later to reveal that her phone tripped and fell into a hole near a bonfire — or something to that effect. “My phone is smashed so if anyone needs to get a hold of me message me on here,” she said.

Shortly after that message, Jenelle revealed that she wouldn’t mind being quarantined somewhere other than The Land. “Someone take me away, far away,” she wrote, adding a bawling emoji. (This post was quickly deleted.)

Meanwhile, in her Instagram stories, Jenelle shared a video of her daughter Ensley and captioned it by writing: “My kids are the only ones that make me happy.”

As mentioned in the opening paragraph, Jenelle and David appear to have stopped following each other on Instagram.

Jenelle’s hints at discontentment come just one day after David shared a photo of the two of them together on Instagram and called her the “love of my life.”

Here’s the photo, in which you can see Jenelle sporting a familiar bikini and sitting on some washed up debris at a beach. You can also see a pretty cool piece of large driftwood! 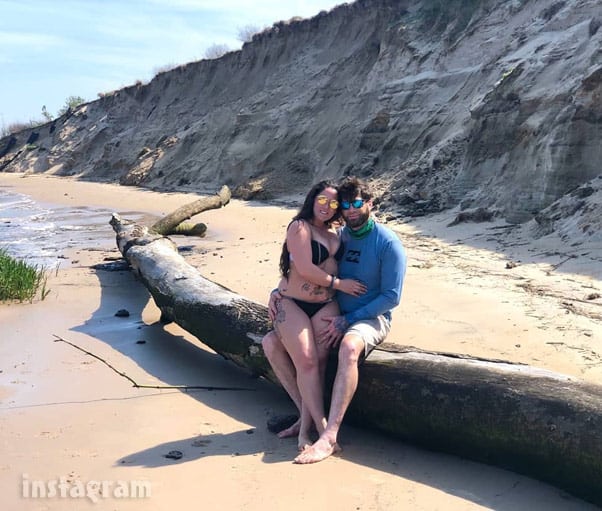 You will always be the love of my life @j_evans1219 I’m so happy that we have become so close and bonded recently. Here’s to a lifetime of our own kind of quarantine, boat rides, ATV trails, living off the land, etc. I don’t think we are going to have a hard time staying secluded lol we already have been for awhile ??

If Jenelle and David really are fighting again, I’m sure we will all be treated to the 911 audio soon. If it was an April Fools prank, or clickbait bait, we’ll probably know that soon too. My prediction is that we will get some sort of vague and angry post from Jenelle calling us all a bunch of idiots for assuming that she was talking about her and David. She won’t clarify what it was about, leaving us to assume that it must have been a fight with her goose or goat given that she no longer has any friends.

NOTE: No Easons were paid in the making or promotion of this article.