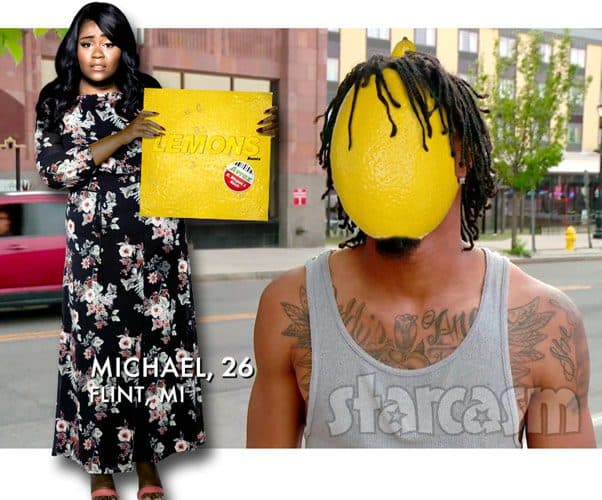 Check out Love After Lockup: Life After Lockup singer Megan Nash’s new single “Lemons,” which is clearly about her relationship with Michael Simmons as well as the backlash from being on the show. 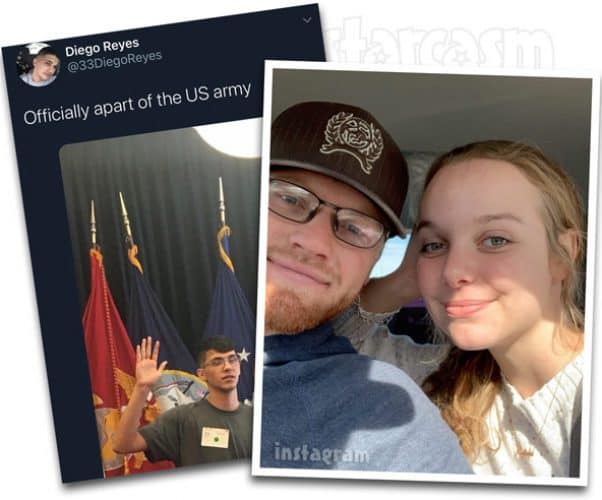 Former Unexpected parents Emiley Noack and Diego Reyes lived up to the TLC show title this week as they both shared surprising updates on social media. 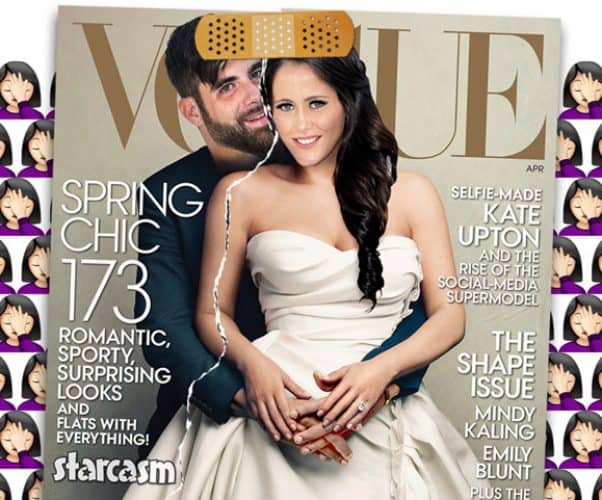 Former Teen Mom 2 star Jenelle Eason and husband David Eason are back together in Nashville just days after she dropped her restraining order against him. See a photo of them looking quite chummy together with daughter Ensley on the streets of Music City, and get behind-the-scenes info on their relationship — including the real reason Jenelle moved to Nashville.

90 Day Fiance star Tania Maduro shared a news clip on Instagram about women protesting the trial of Harvey Weinstein, and she added the #MeToo hash tag. After receiving an eye-rolling DM about her using the hash tag, Tania responded by sharing a screen cap of the DM and revealing that she was “molested multiple times” as a child. Many viewers didn’t know the exact context of Tania’s post, and they jumped on her for trying to use her history of abuse to excuse how horribly she has been treating her fiancé Syngin on screen this season. Instagrammer John Yates shared the post, and then all Hell broke lose in the comments! Get a full recap — and I mean FULL recap. 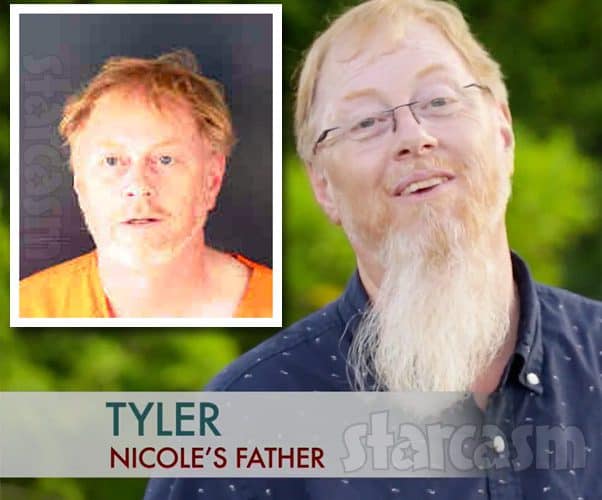 The father of 90 Day Fiance: Happily Ever After star Nicole Nafziger is back in jail in Florida after being arrested for possession of Fentanyl and drug paraphernalia. Tyler’s arrest comes just a few months after he was booked for battery and crack pipe possession after an altercation with a female passenger that Tyler had recently helped move. 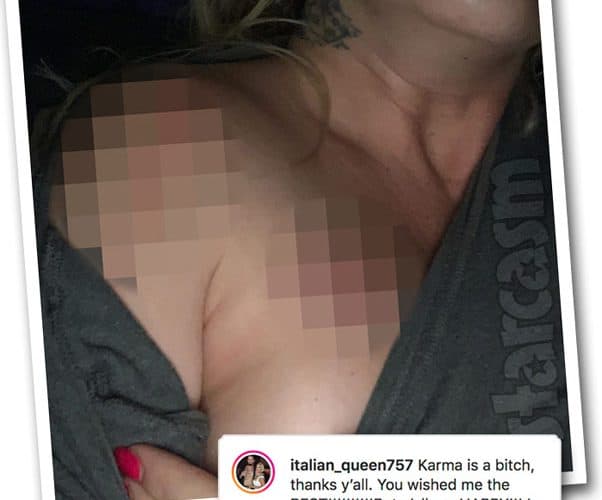 In conjunction with a Love After Lockup: Life After Lockup episode featuring Shane Whitlow getting very angry with his wife Lacey, she posted a rather graphic photo on Instagram of what looks to be some very serious injuries to her shoulder. In addition to the injury photo, which Lacey quickly deleted, she also shared a couple of posts going after her co-star Marcelino Santiago for not wanting to give up his professional poker player dreams to get a more conventional job. 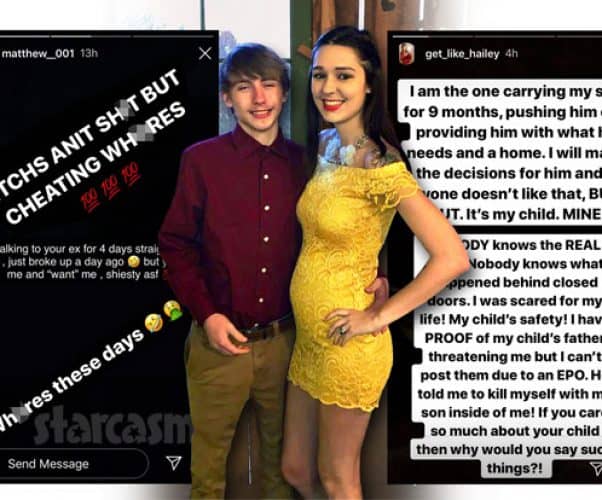 Unexpected dad Matthew Blevins and Hailey 2 (Hailey Tilford) appear to have broken up for good as they both hurl accusations of infidelity at each other just a few months before their baby boy is due. Hailey 2 also claims that she “was scared for my life” after Matthew threatened her and “told me to kill myself with my son inside of me.” As a result, she took out a protective order against him. 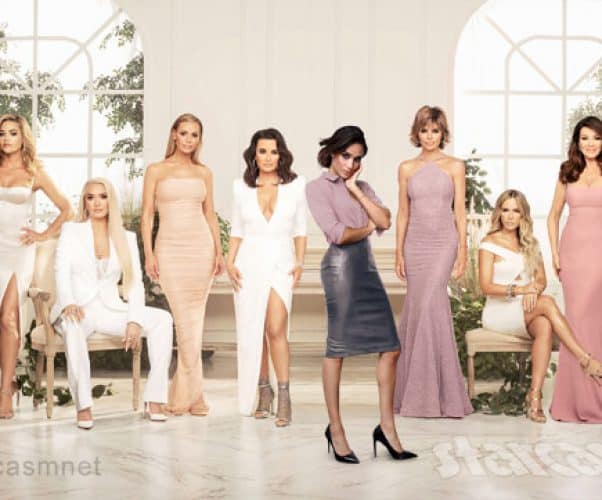 REALITY TEA – In response to Prince Harry and Meghan Markle announcing they were stepping away from their roles in the British royal family, Andy Cohen extended an invitation to Meghan to join The Real Housewives of Beverly Hills. The Bravo Instagram account even came up with a tagline for her! #CountessShmountess

THE ASHLEY’S REALITY ROUNDUP – The Duggar family continue their bid to take control of the voting majority in the state of Arkansas by the year 3000 as Jim Bob and Michelle welcome yet another grandchild. #Duggarmandering

DLISTED – Rob Kardashian wants primary custody of his daughter Dream because his ex Blac Chyna “is doing damage to their daughter by being drunk all the time, snorting up coke, inviting strangers over her house to party while Dream is there, and violently attacking people in her home by throwing knives and lit candles at them.” I’m no lawyer, but that sounds like a pretty good argument. #DreamParents

CELEBITCHY – In a real-life Inception-inspired sequel to Titanic, Leonardo DiCaprio helped rescue a drunken man who fell of a Club Med yacht and managed to tread water for 11 hours. #DiCaprioverboard

VOX – Since September, at least 17.9 million acres of Australia have burned in one of the country’s worst fire seasons on record. That’s more than eight times the area that burned in California in 2018, the state’s most destructive year for wildfires. Here are 8 things everyone should know about Australia’s wildfire disaster. #bushfire

LAINEY GOSSIP – The brand new trailer for Birds of Prey has dropped in which Harley Quinn shares her break up story. Her story is complete with the usual things associated with most every break up: crying while eating Easy Cheese straight from the can, getting together for a fun time with your girl friends, and blowing up your ex’s chemical plant. #HammerGlamor

THE BLEMISH – When Lifetime eventually airs their made-for-TV miniseries Escaping the Royal Family about Prince Harry and his wife Meghan Markle, they will apparently have to cast someone to play Oprah because she was the one who reportedly helped motivate the couple to make the change. #OprahWinfreedom

THE BLAST – Billionairess Kylie Jenner posed in a skin-tight blue tie-dyed dress on Instagram, and the Sorella look instantly sold out — in every size. #Kylieconomics

THE GRACE REPORT – Teen Mom OG star Amber Portwood goes after her ex Andrew Glennon for contempt of court in regards to the custody arrangement for their son James. Grace shakes her damn head and takes us all on a trip down memory lane to pretty much the same damn thing months ago. #AmberPortwoodn’t