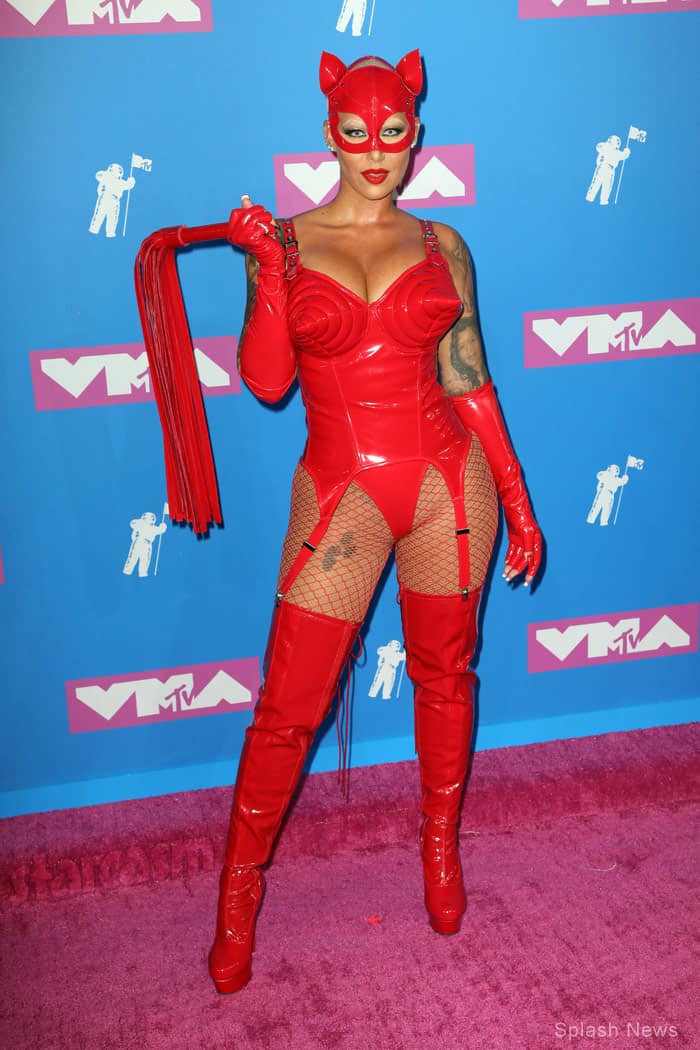 The MTV Video Music Awards red carpet has quite the history of outrageous looks, and Amber Rose cemented her place as part of that history this year by strutting the red carpet in a sizzling red leather lingerie look that included fishnet stockings, a Catwoman mask, a whip, and a Madonnamazing cone bra!
Read More... 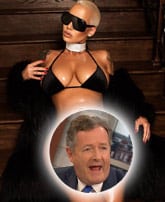 Amber Rose and Piers Morgan got into a heated Twitter argument over a photo that the former shared of herself nude from the waist down. See the back and forth and then let us know who you think won the war of words.
Read More... 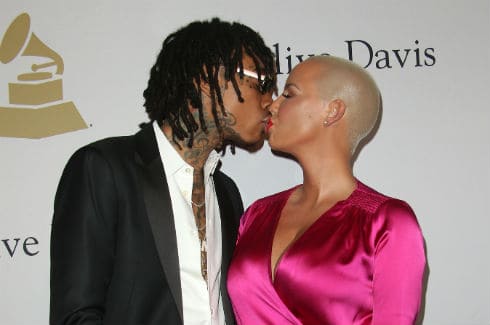 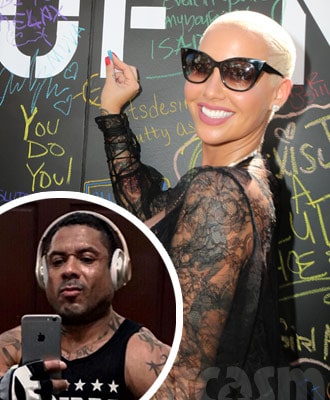 Benzino is not a fan of Amber Rose's SlutWalk and recently took aim at the annual event. Check out what Zino had to say about the event and how Muva clapped right back.
Read More... 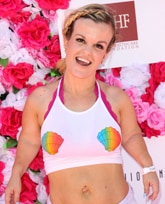 Little Women: LA cast member Terra Jole came out in support of her Dancing with the Stars co-star Amber Rose during the 2nd annual Amber Rose SlutWalk. See pics of Terra from the festivities in Los Angeles over the weekend and find out what the strangely titled event is all about.
Read More... 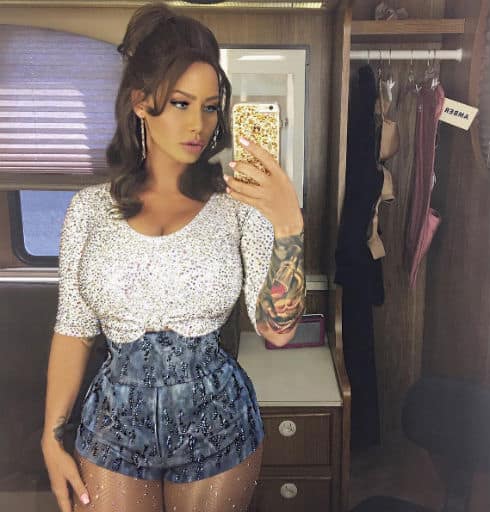 Amber Rose has been tearing up the dance floor with her partner Maksim Chmerkovskiy on Season 23 of Dancing With The Stars. Amber's participation in the hit ABC dance competition hasn't been totally smooth, though. Most recently, after performing a super sexy Salsa to the Jennifer Lopez song "Booty," Amber complained that comments made by Julianne Hough made her feel body shamed and she's speaking out about how upset that made her.
Read More... 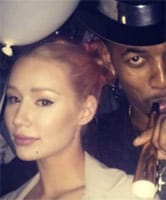 Pro hoops player Nick Young has publicly reacted to tweets that Iggy Azalea sent out explaining their split. Find out what he had to say after a report surfaced that he's fathered another child with Keonna Green, and get a thoughtful response from Amber Rose in support of Iggy.
Read More... 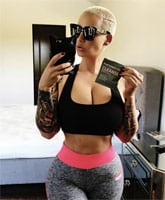 During an interview promoting her upcoming talk show on VH1, Amber Rose explained her public beef with the Kardashians and managed to bring up the old "sex tape fame" trope in the process. Get her take on her war of words with the first family of reality TV including having to deal with Kanye West's slut-shaming.
Read More...