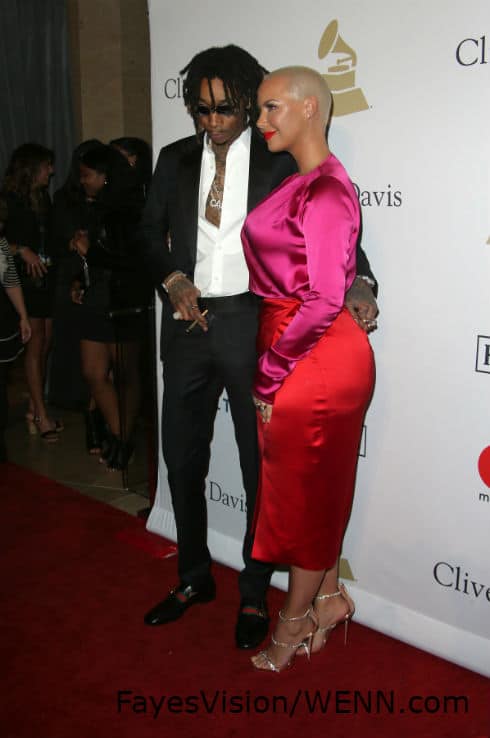 Amber Rose has only recently become single again, but it looks like her time “back on the market” may have been short lived. On Saturday night, Amber and her baby daddy Wiz Khalifa were spotted together on the red carpet at a Clive Davis pre-Grammy party. Not only did Amber and Wiz attend the party together, but they were definitely digging each other while posing for pics. Now everyone wants to know if Amber and Wiz are going to work it out, or are they just keep each other entertained for the moment.

News that Amber and Wiz were getting flirty on the red carpet came just one day after learning that Amber had ditched her Dancing With The Stars boyfriend Val Chmerkovskiy. Well, to be fair, neither Amber or Val was talking about their split, and it’s unclear who did the dumping at this point. All we really know is that a few weeks ago, Amber and Val were sharing makeout photos on Instagram, meeting the parents, and talking about happy they were. Now they are not together at all.

Although neither Amber or Val is talking about their split, the Dancing With The Stars pro has been dropping clues on social media. On Friday, Val tweeted:

If you’re ready, it’s too late

Then again on Saturday, he tweeted again. This time only dropping an emoji.

While Val Chmerkovskiy’s tweets may be pretty vague, I don’t think it’s too much of a stretch to connect them to his recent split from Amber Rose and how quickly she was back in the arms of Wiz Khalifa.

Amber and Val were really cute together and they both seemed pretty happy too. I admit to cheering for a long lasting romance between the DWTS pro and Muva. The only man more perfect for Amber would be Wiz, so if she did end up dumping Val for another chance at love with her soul mate, then go get it, Amber! 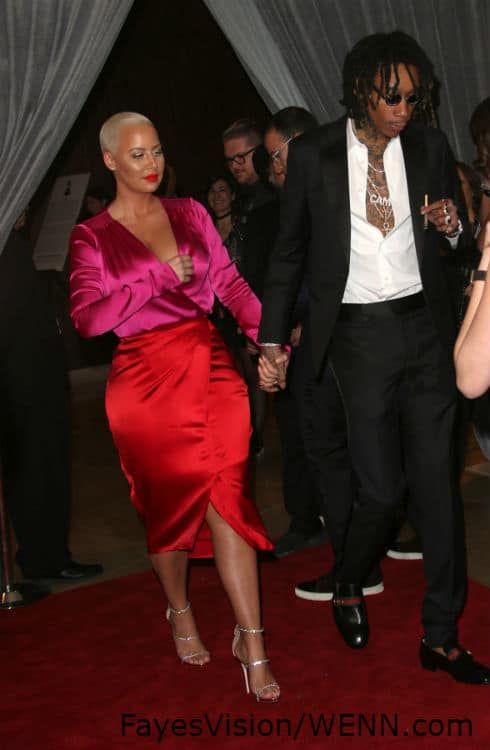 Amber Rose was glowing on the Clive Davis pre-Grammy party red carpet last night. She was seen holding hands with Wiz as they made their return to the red carpet together. It was also reported by Perez Hilton that the kiss between Amber and Wiz was way more than a quick smooch. He said that the makeout session in front of cameras lasted around seven seconds. 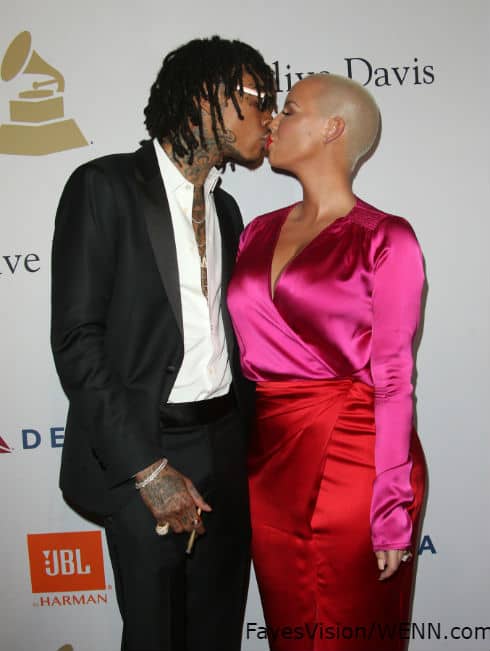 Speculation is all over the map right now about whether Amber and Wiz have kissed and made up for good this time. I’m hoping that they have decided to give their love another shot. It’s pretty clear that nothing in the world would make Amber Rose happier than to get another shot with her ex-husband and father of her adorable son Sebastian.