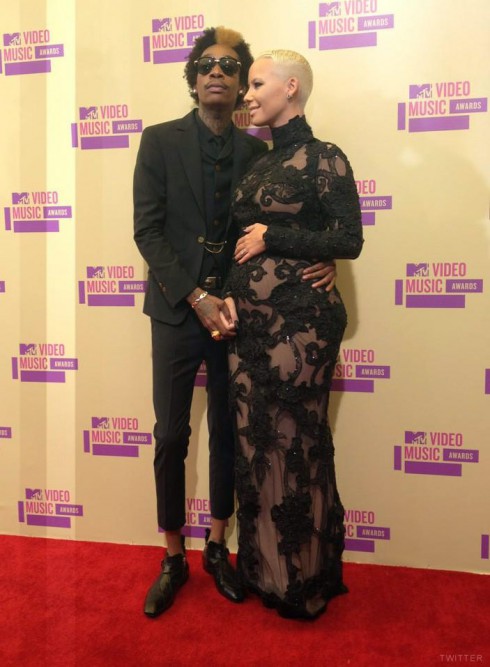 Wiz Khalifa announced on the VMA pre-show that his fiance Amber Rose is pregnant! He told Sway:

“We’re expecting a beautiful little baby, me and Amber, and we’re so excited. WE’RE HAVING A BABEEEEEY!”

The couple have been dating for over a year-and-a-half, and got engaged this March.

Amber previously dated Kanye West (who was supposed to be at the Awards tonight, but cancelled when girlfriend Kim Kardashian decided not to go.) Amber actually called out Kanye and Kim for cheating together back when Kanye dated Amber and Kim was dating Reggie Bush.

Thankfully Wiz seems to be treating Amber really well, she always gushes about him. Congrats to the happy couple!