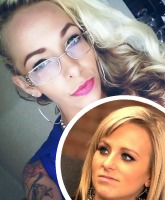 Leah Calvert is moving on from her marriage with a new man, but the mother of that guy's two kids is not happy about it! Speaking out this week, Mandy Winnell said Jeremy Calvert warned her to think twice before letting her kids stay with Leah.
Read More... 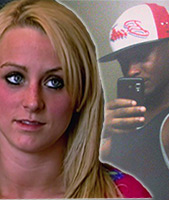 Just after finalizing her divorce from second husband Jeremy Calvert, Teen Mom 2's Leah Calvert is reportedly in a new relationship with her personal trainer, T.R. Dues. And, apparently, it's so serious, he moved in with her and her parents after just one week together.
Read More... 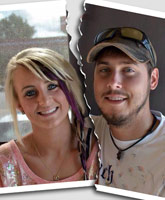 Less than two months after Jeremy Calvert filed for divorce, the deal with Leah Calvert is done. Find out how their final meeting went down and what it means for Leah's rehab session...
Read More... 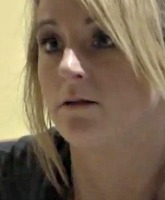 Teen Mom 2's Leah Calvert is currently in rehab, following months of reports about drug abuse -- but sources close to her say it isn't treatment for substance abuse. Find out what Leah is reportedly getting treatment for and how long the program will last.
Read More... 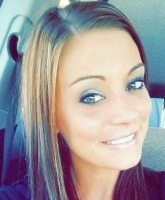 After filing for divorce from Leah Calvert, Jeremy Calvert didn't take too long before finding love again with a pretty single mother from Ohio. Find out more about Brooke...
Read More... 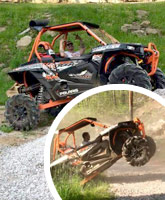 Less than two days after the season finale of Teen Mom OG the cast members of Teen Mom 2 are stepping in and dominating the headlines! Earlier today it was revealed that Myrtle Beach police were looking for Jenelle Evans after an alleged altercation with her ex Nathan Griffith, and now it's reported that Leah Calvert's estranged husband Jeremy Calvert has been involved in a serious accident while driving his ATV with new girlfriend Brooke as a passenger. Keep reading for details on his serious injuries, as well as the most recent update on Leah Calvert.
Read More...
With the first season of Teen Mom OG  coming to a close, MTV announced plans for the rest of the season... And assured fans they won't have to go long without a Teen Mom fix, as we'll get a look at the Teen Mom 2 girls before the scheduled season premiere!
Read More... 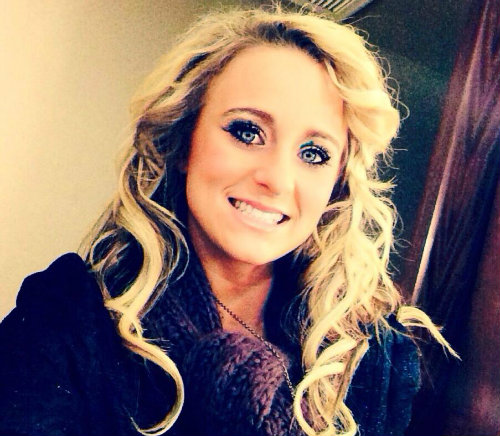 Teen Mom 2's Leah Calvert reportedly checked into rehab this month to address an addiction. Find out what sources said about the step... UPDATE - The Ashley's Reality Roundup is confirming the report that Leah checked into rehab over the weekend, but according to The Ashely, Leah is already out!
Read More...