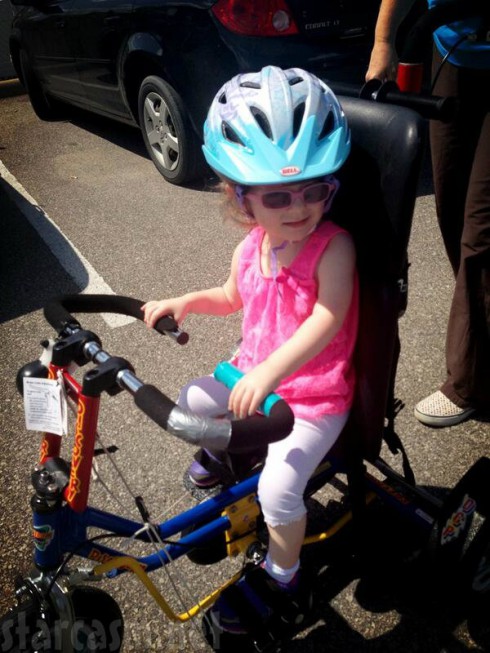 After contending with the idea daughter Ali Simms may be confined to a wheelchair in the relatively near future, Teen Mom 2‘s Leah Calvert now says the little girl is a “medical miracle.”

“Ali is running… She has so much determination,” Leah told InTouch of the 4-year-old, who was diagnosed with a rare form a muscular dystrophy, a progressive disorder that will weaken Ali’s muscles as she ages. “We’re in awe of how she handles adversity.”

Last weekend, Ali even competed alongside twin Aleeah in the COA Midwest National Championship in Central Ohio — and the girls’ cheerleading team brought home a title! 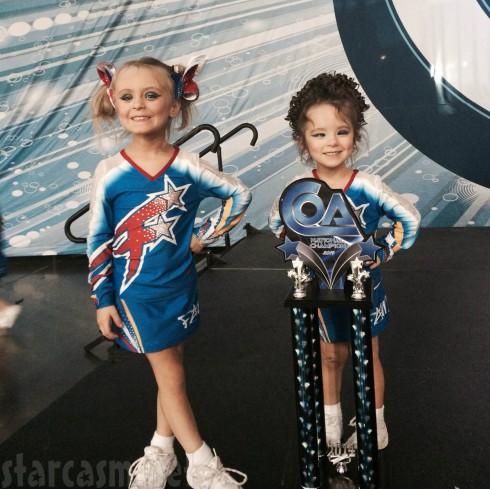 Speaking to InTouch Leah said, “She’s doing so much better than expected. We don’t know what the future holds, but this is proof that we should never give up hope.”

The mother-of-three added she appreciates the support from other people who’ve dealt with muscular dystrophy.

“One girl who reached out to me also suffers from muscular dystrophy,” Leah said. “It made my hope for Ali so much more realistic.”