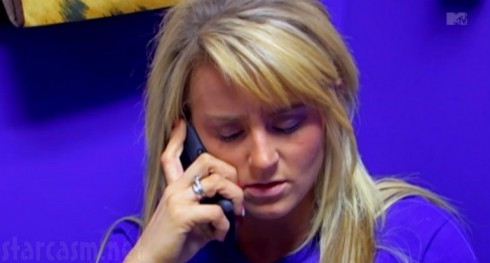 Although Jeremy Calvert tweeted last week that catching wife Leah Calvert cheating on him with Robbie Kidd was the last straw, sources say Leah’s ongoing pill problem was an issue in their marriage long before the new allegations.

“I’ve seen Leah pop a handful of pills, chew them like they were candy and swallow them. She doesn’t even need anything to wash them down with,” a source from the Messer family told InTouch this week, explaining Leah was originally prescribed medications for the pain caused by a “botched” spinal tap during her labor with daughter Adalynn, now 20 months. “But it’s [actually] the pain from withdrawal that bothers her, not her back. She can’t go a day without opiates.”

On the recently completed season of Teen Mom 2, Leah was prescribed medication to help her cope with anxiety. After one scene showed her slurring her words and falling asleep, Leah complained to Jeremy the medication made her feel “really messed up.” 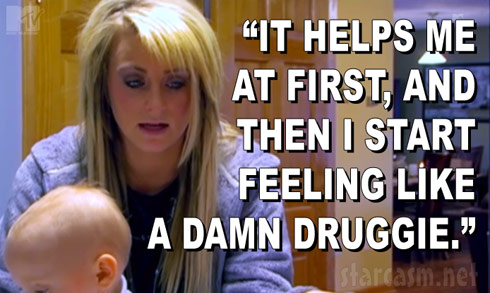 However, a source who claimed to be Leah’s drug dealer said the Teen Mom 2 star has been “getting high for years” on Vicodin, Lortab, Percocet and oxycodone.

The source said Leah later started to use a middleman because she feared getting caught: “She gives [the middleman] the money and he gets them for her. They’re in this together.” 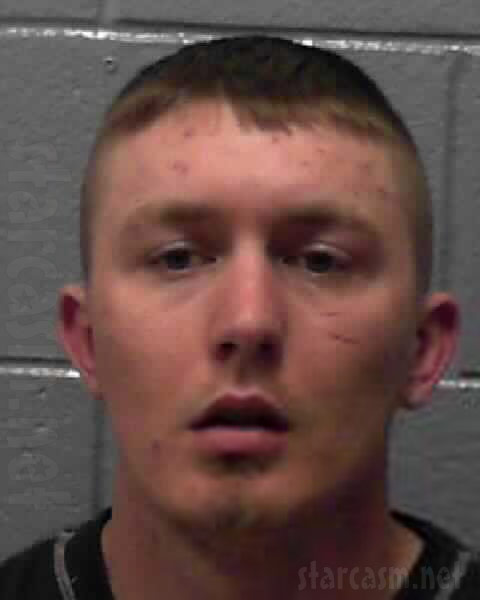 A final source, Nathan Mullins, even went on the record to say that it’s bad news if Leah has anything to do with Robbie Kidd, who was arrested in September for possession of a controlled substance without a prescription.

“If Leah is hanging out with Robbie again, she’s definitely partying.”

Miley Cyrus’ drug suggestions for Rolling Stone readers: What to do, what to skip