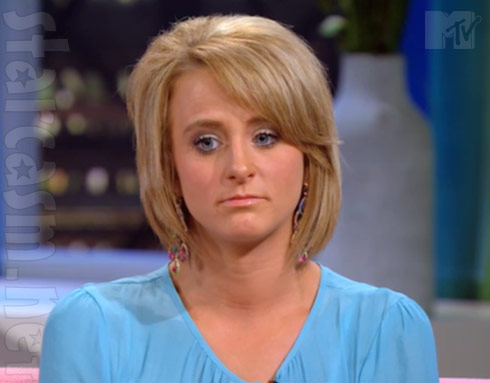 Tonight is part one of the two-part Teen Mom 2 Season 5 Reunion Special with Dr. Drew with moms Chelsea Houska and Leah Calvert being featured. (Jenelle and Kailyn are next week.) We posted a preview clip earlier in which Adam Lind expresses his frustration at all the negativity he has received due to his legal issues, and below is an emotional preview clip of Leah Calvert talking one-on-one with Dr. Drew about her and ex-husband Corey Simms’ custody battle over the twins in which Corey’s team reportedly accuses Leah of being an “incompetent mother.”

The interview is obviously a difficult one for Leah, and when you watch the episode you will realize it was made even more difficult by the fact that her current husband, Jeremy Calvert, didn’t make the trip to New York City for the Reunion. (Fans of Teen Mom and Teen Mom 2 know that current spouses, and often exes, attend the Reunion Specials.)

So why wasn’t Jeremy Calvert at the Reunion taping? My man was hard at work y’all! Just a few days after everyone else wrapped up filming the Reunion, Jeremy posted this photo of himself looking like a potential subject for Mike Rowe’s Dirty Jobs: 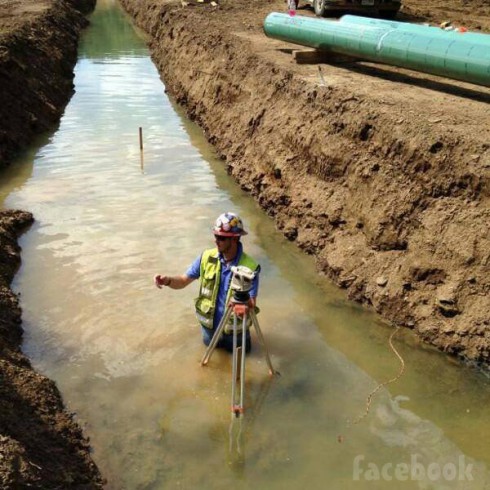 In the comments section Chelsea Houska’s pop Dr. Randy wrote, “You skipped New York to do this?” Jeremy’s reply was, “Yea randy I did, this is steady income.”

On a different, and perhaps more urgent note, a friend wrote, “I think I would’ve pumped some water first lmao!” Jeremy responded by explaining, “buddy it was coming in as fast as you could pump it out.”

Although you won’t be seeing Jeremy, you can catch up with Leah, Corey, Chelsea, Randy and the rest of their entourages on the Teen Mom 2 Season 5 Reunion Special with Dr. Drew at 10/9c on MTV! And be sure to tune in next week for Part 2 featuring Jenelle, Kailyn and that moment everyone looks forward to every year: all the children together!

If you’re interested in seeing what went on behind the scenes, be sure to check out our post including TONS of photos from the Reunion with the moms, friends, families and exes enjoying the Big Apple together! (Minus Jeremy of course, who was crotch-deep in mud lol.)