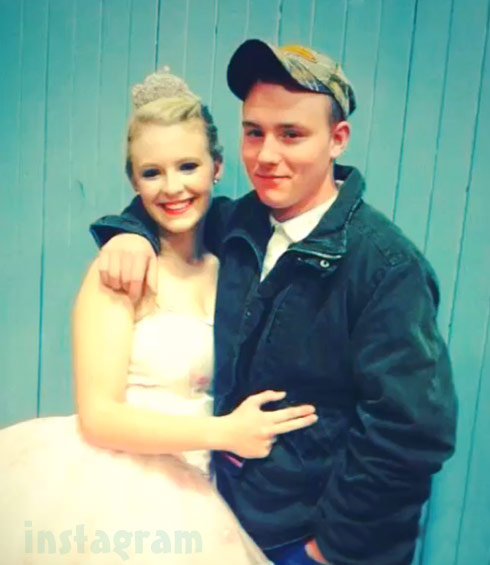 Ever since Teen Mom 2‘s Jeremy Calvert tweeted early Friday morning that his wife Leah cheated on him with Robbie Kidd, the same person she admitted to cheating on her previous husband Corey Simms with just before their wedding, the spotlight has been on both the Calvert and the Messer families. That added attention has revealed that the Messer family already had a lot on their plate prior to Jeremy’s tweet because Leah’s younger brother, Isaac Messer, is going to be a teen dad soon after getting his girlfriend Maddy Smith pregnant!

The Ashley’s Reality Roundup broke the story moments ago after admittedly doing some social media creeping (aka research), and we’ve since done some additional “research” of our own. Isaac, who is now a senior in high school, and Maddy (real name Madison Smith) appear to have been dating since November, 2013. Maddy is currently 29 weeks pregnant, which means she got pregnant some time around late March. She tweeted that she found out she was pregnant after only two weeks and then kept it a secret from her friends in school for 17 weeks.

Maddy announced online back in early August that she is expecting a little girl and she later revealed that she plans on naming her Baily Nora Jean Messer. Here are the cute gender reveal photos shared by Maddy: 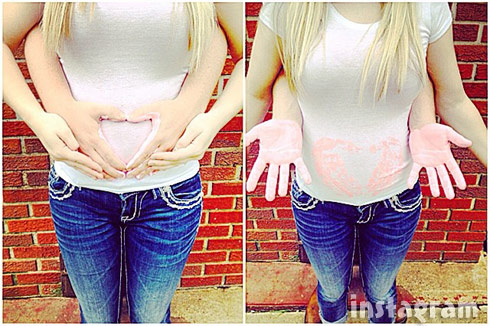 In addition to the gender reveal photos, Maddy has also shared some sonograms as well as a few baby bump photos. With the sonogram photos, posted on Wednesday, Maddy wrote, “#womencrushwednesday is our absolutely beautiful baby girl. I think she is soo beyond gorgeous already and I can’t wait to meet her and finally be able to hold her in my arms. I love you soo very much Bailygirl” She added on a separate picture, “I can’t wait to finally be able to hold her. I think she’s absolutely beautiful and breathtaking already.”

Here are a few of her baby bump photos from 21 weeks to 29 weeks: 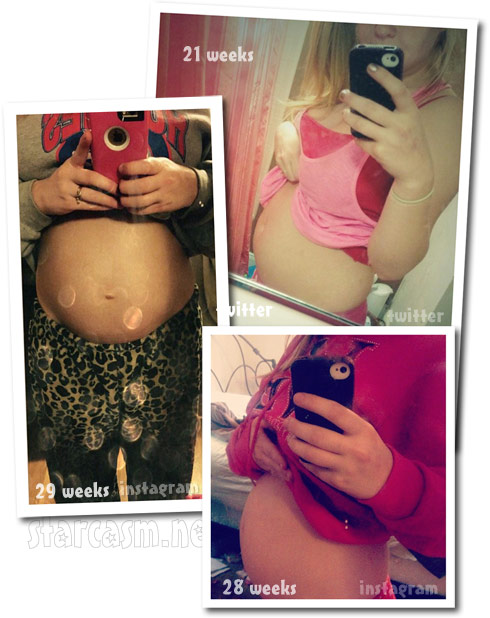 Although Maddy is very excited about becoming a mom, that hasn’t stopped her from feeling some regrets. “I sorta wish I was going away for college this year,” she tweeted in early August. “Ohh well.. in the end my daughter will be all worth it. ♥”

Maddy is due January 4, and it appears as though she and Isaac are currently together. In an almost unbelievable twist, The Ashley reports that Isaac is currently living with Robbie Kidd, the young man who is at the center of the most recent (as well as the previous) Leah Calvert cheating controversy.

Isaac just turned 18 a couple of months ago and Maddy shared this Happy Birthday message on instagram:

HAPPY 18th BIRTHDAY To my absolute bestfriend and love of my life! he is seriously the best thing to ever happen to me and I couldn’t be more grateful for him and everything we have together. I can’t wait to spend the rest of our lives together raising our babygirl together! I love you more than you will EVER know! to the moon and back xInfinity and beyond! happy birthday!

It’s unclear if MTV plans on including Maddy’s pregnancy on Teen Mom 2 Season 6. If so, it’s hard to imagine either of the other three moms getting any screen time!

VIDEO Teen Mom 2 trailer with Jade and without Jenelle