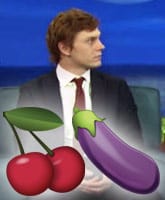 Evan Peters recalled his most embarrassing moment filming American Horror Story while appearing on Conan Tuesday night. Check out the clip where he talks about accidentally flashing Jessica Lange for an entire scene while filming.
Read More... 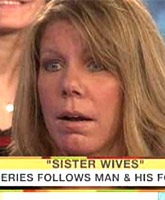 On Sunday night's Sister Wives special "Meri: Behind the Scenes" episode Meri Brown make an embarrassing confession that when the Brown family did their very first public interview on the Today show in September of 2010 she had to visit the ladies' room at the last minute and ended up doing the entire interview with her pants uzipped! Being the diligent Sister Wivesologists that we are, we tracked down the clip -- which is not only entertaining because of Meri's wardrobe malfunction, but also because everyone (Kody especially) is so nervous and awkward!
Read More... 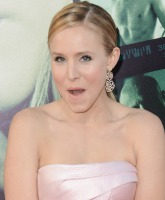