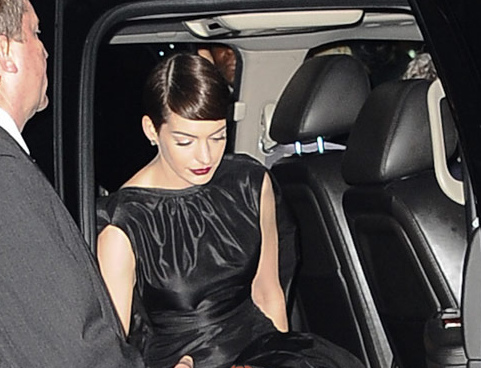 Actress Anne Hathaway was more like Anne Hathnopanties as she pulled a Britney Spears getting out of her vehicle while arriving at the premiere of Les Miserables in New York City Monday night. (Click the photo above for the completely not SFW uncensored original) The fact that the 30-year-old actress went commando for the event seemed appropriate given the rest of her attire, which included a racy black Tom Ford dress with matching black bondage footwear, although it might have been a bit better to go matchy-matchy with a pair of black lace panties at least!

Actually, the decision was a little confusing because it wasn’t as though the dress was one Anne needed to be concerned about panty lines with. It will be interesting to hear what Anne has to say about her decision — she seems like someone who always has a great story for everything 🙂

UPDATE – Anne Hathaway has since responded to her “wardrobe malfunction” and unfortunately there is no story, just a lot of condemnation for the photographer who took the picture.

For those of you not interested in Hatahwardrobe malfunctions, here is a nice photo of her red carpet look with more of a G Rating: 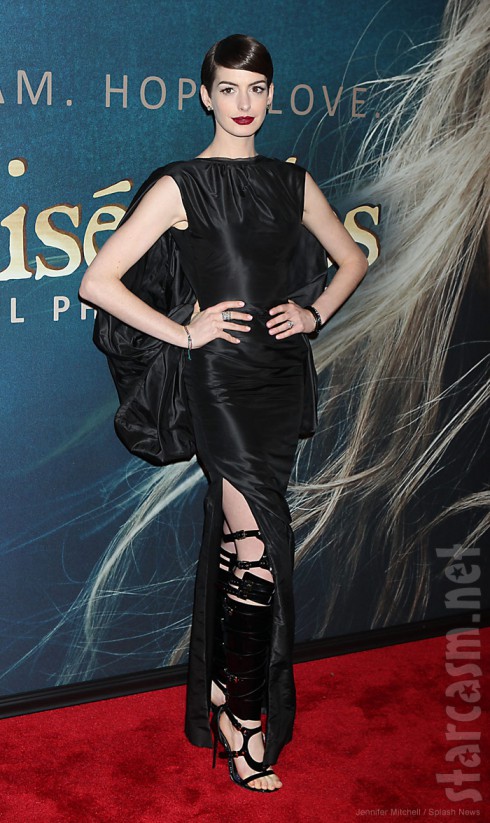