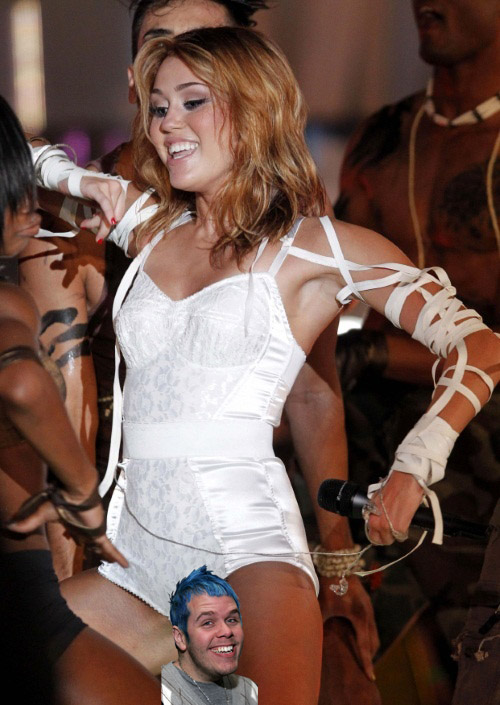 Perez Hilton appears to be having a blast with the whole Miley upskirt Twitter controversy.  After making a couple sort-of apologies, the Queen of All Media was back at it today tweeting yet another provocative image of Miley’s lady area!

The photo (above – click for the unedited version on PicApp) is from Miley’s performance at the 2010 MuchMusic Video Awards in Toronto last night and though it doesn’t have the potential of landing Perez in jail like his last Hannah Vajannah pic, it is disturbingly revealing. (Photo: REUTERS/Fred Thornhill) The fact that Reuters, one of the biggest and most reputable news agencies on the planet, would distribute the photo has been a source of controversy as well. From Fox News:

A Reuters representative speaking on background admitted that the photo had caused concern in the photo department because of Miley’s age, but that was weighed against the fact that it occurred on stage in front of hundreds of people and other cameras, as well as the fact that the teen sensation is transitioning away from “Hannah Montana” and into a more grown-up performer.

I found a video of her performance, but don’t worry because the most disturbing thing in it is the song itself. My guess is that the photo above was taken near the end of the performance after some serious shiftage…

He went on to add a little extra spice to this post with another Cyrus jab.  For this additional tweet he put in a link to a TV Ratings article that states “few watch Miley in London.”  Here is the other Twitter blast:

In Perez Hilton’s defense (and I rarely use those words together) Miley’s defensiveness about seeming “sl*tty” seems ridiculous when she’s weraing outfits like this, also from the 2010 MuchMusic Awards: 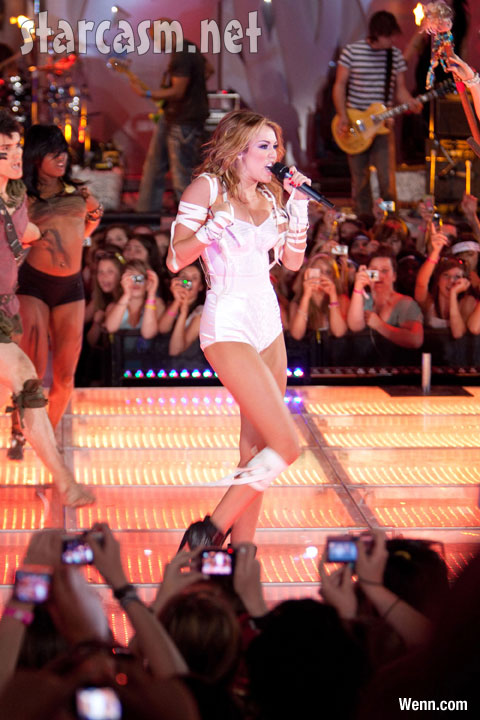 REPORT Miley Cyrus and Liam Hemsworth are over, Miley’s partying to blame, or Liam’s wandering eye?