Kristen Bell suffered a wardrobe malfunction at the worst possible time: When all eyes were on her at the Veronica Mars premiere in Los Angeles on Wednesday.

Kristen, who plays the title character, wore a light pink gown that was slit all the way up to the semi-cinched empire waistline. Unfortunately, it wasn’t designed for a breezy evening spent in front of dozens of cameras… As Kristen seemed to realize rather quickly. 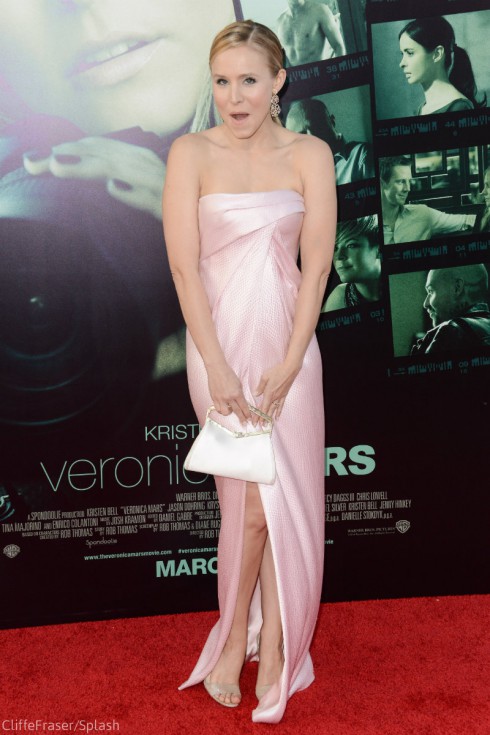 Not surprisingly, the funny actress played it off like a total champ: After laughing off the incident, she adapted by doing the “back to the camera, head turned over shoulder” pose for the remainder of the night.

The Veronica Mars movie, which was largely funded through Kickstarter, has been met with positive reviews from critics. It opens in theaters nationwide on Friday.