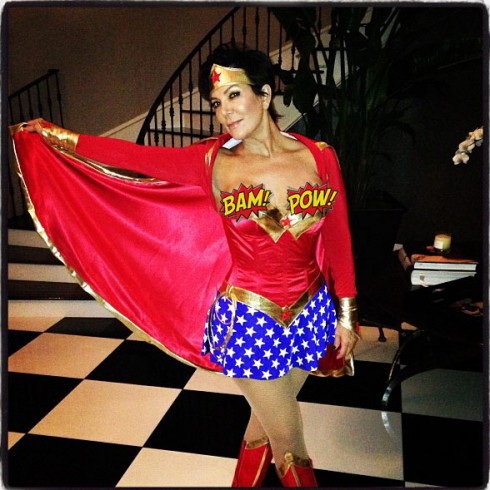 Everybody knows how much reality show matriarch Kris Jenner loves sharing her girls with the world, but usually that just means her daughters! The 56-year-old mother of six took to instagram and Twitter last night to share a captionless photo of herself in a Wonder Woman Halloween costume, apparently not realizing the top of the costume was not “Keeping up with the Kardashians” so to speak.

The double nip slip wardrobe malfunction photo was soon deleted by Kris Jenner, but daughter Khloe reposted it along with the words, “Hi nips. That’s my mom”

To Kris Jenner’s credit, it is REALLY hard to get noticed wearing any sort of sexy costume thanks to her daughter Kim – who previously wore a similar Wonder Woman Halloween costume a few years ago.