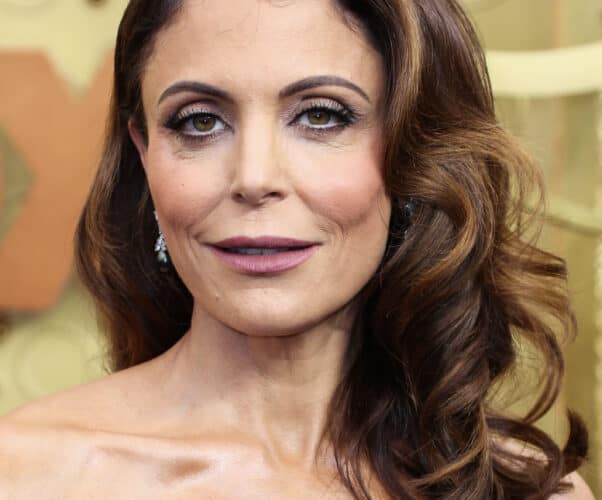 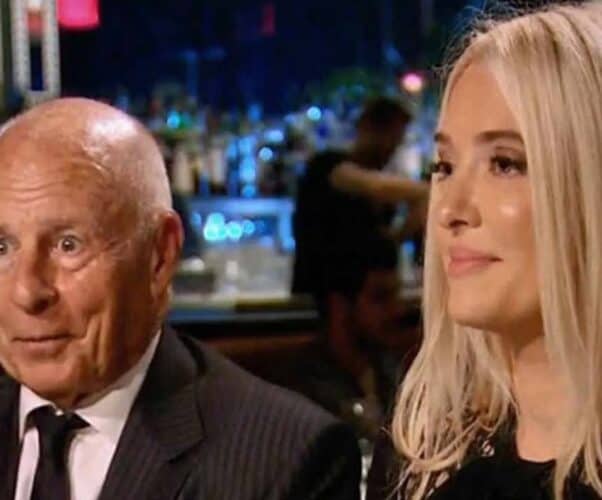 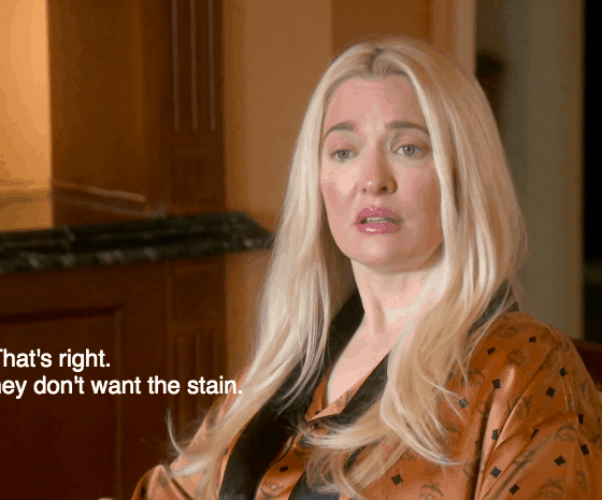 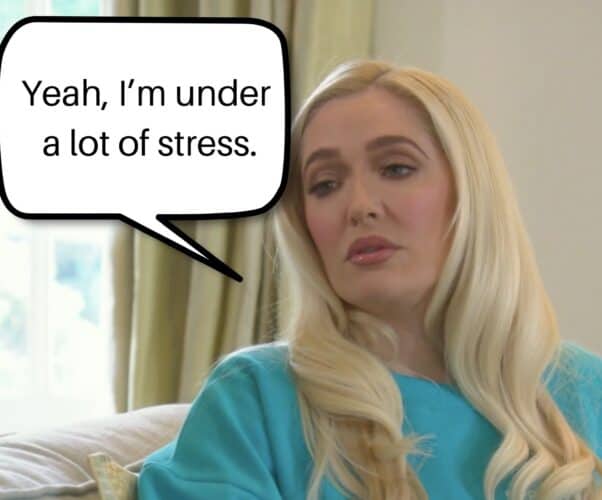 During tonight’s episode of Real Housewives of Beverly Hills, Erika reveals some shocking information to Kyle Richards. Tom had to have eye surgery after confronting a burglar at his house, and then her son got into a bad car accident while driving to care for Tom. 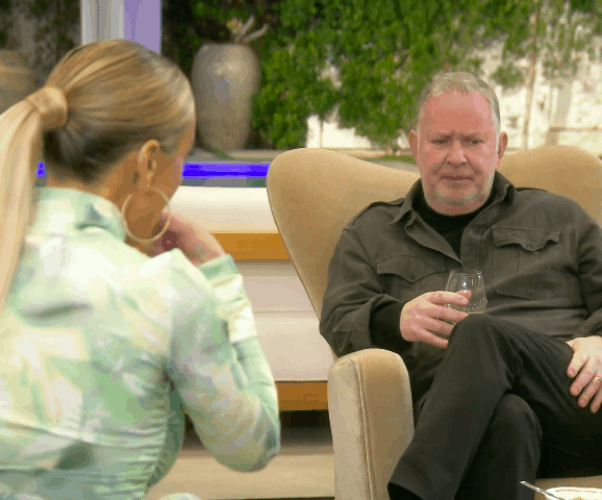 Wednesday’s episode of Real Housewives of Beverly Hills included a scene between Dorit and her husband PK Kemsley discussing Erika’s problems and her social media behavior. PK has several critiques for Erika which come from his experience undergoing a 1 billion dollar bankruptcy (a corporation he was employed by went bankrupt) and managing celebrities for a living. He gave his analysis of what he would have advised Erika to do if he had been hired to handle her crisis management. 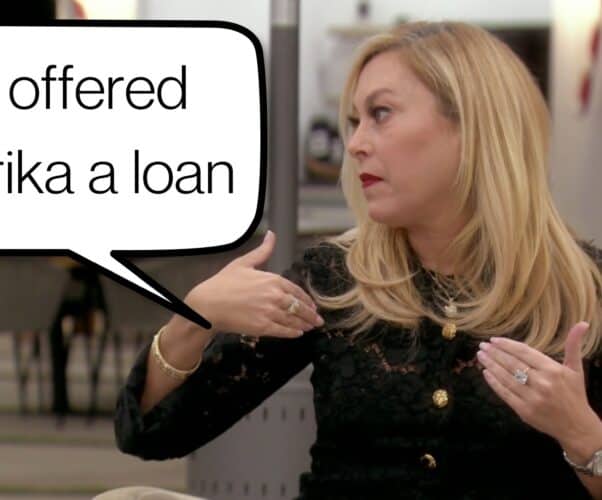 In Season 11 of Real Housewives of Beverly Hills, Sutton Stracke very vocally distanced herself from Erika Girardi after she found out the extent of things both Tom and Erika Girardi were being accused of. She even consulted a lawyer, and was very concerned about not only legal issue, but social stigma that may result from being the friend of someone accused of stealing money from from widows, orphans, burn victims, and victims of medical malpractice.

In a recent episode Erika insulted Sutton’s reaction by attacking Sutton’s background coming from Augusta, GA, which is small-town compared to Erika’s hometown Atlanta, GA. She suggested that Sutton was behaving in a backward, smalltown way by being so concerned about who she was associated with. There’s some footage left on the cutting room floor, however, that gives a deeper motive for Sutton’s hypervigilant self-protection about the situation: she had offered Erika a loan to help her through her divorce from Tom. 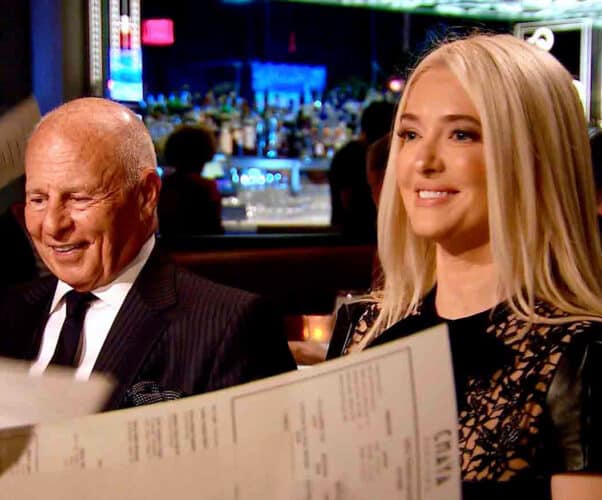 A major part of the narrative Erika gives on Season 11 of Real Housewives of Beverly Hills about the fall of her marriage to Tom is that she says his personality changed after he had a car accident in 2017. On episode 11, Erika also confirmed, with the help of questioning from Garcelle, that she believed that brain trauma may have led Tom to do the things he’s being accused on doing in the multiple lawsuits against him from his own clients. However, after the accident initially happened, Erika told a different story about what happened than she’s telling now. 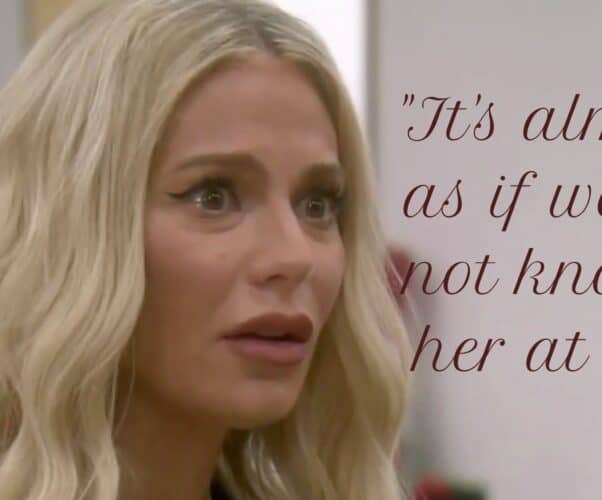 On tonight’s episode of Real Housewives of Beverly Hills, the ladies react to the bombshell article from the L.A. Times that dropped December 17, 2020. Titled “The legal titan and the ‘Real Housewife’: The rise and fall of Tom Girardi and Erika Jayne”, the piece revealed some shocking information and broke down what was happening with Erika and Tom into an understandable narrative. Although Erika had just snapped and broke down at Garcelle over something that seemed inconsequential, up until now all the women were giving Erika the benefit of the doubt. After they read this article, however, most of them started to question everything they knew about their friend and RHOBH cast mate.