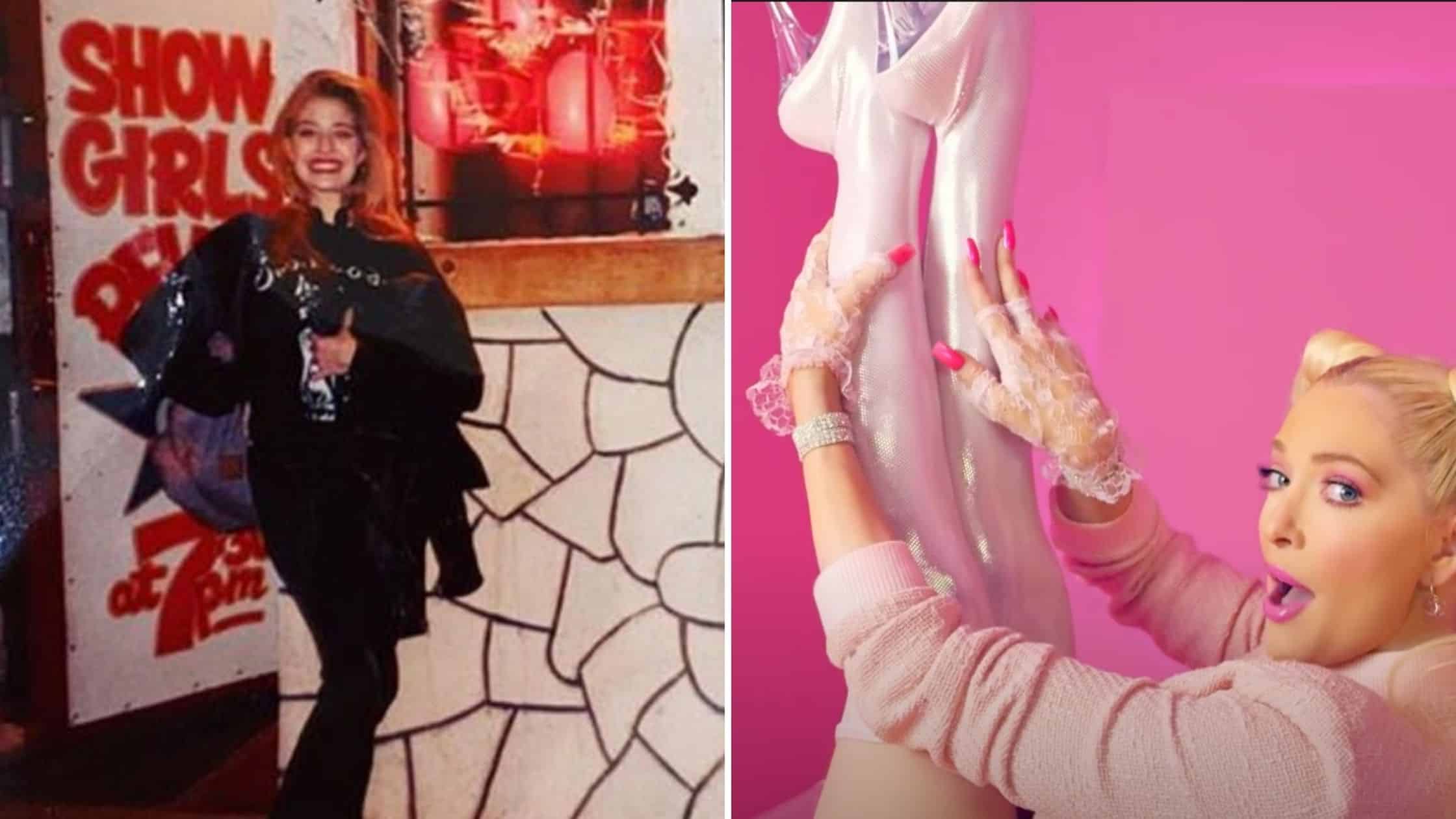 Fascinating details about Erika Jayne and Tom Girardi’s high-profile marriage and explosive divorce are explored in the ABC News documentary The Housewife and the Hustler on Hulu. Tom is currently facing multiple lawsuis alleging embezzlement of settlement money from the survivors of a plane crash, and it’s unclear how much Erika was involved in his alleged crimes or if she knew anything at all.

For the past few years, Erika has been using Tom’s money to help make her dreams come true as a pop star, Broadway star, influencer, and reality star. She’s been married to Tom for 22 years before she filed for divorced last November, but before her life of wealth, opulence, and fame, she was a stripper at a NJ club The Palace, now called Shakers. She took her Real Housewives costars there for a visit in Season 10 to show them where she came from. “Maybe if I had grown up with wealthy parents,” she explained. “I wouldn’t have been working at a place like Shakers. But you play the hand you’re dealt.”

Erika was born to a music teacher in Georgia in 1971 and was raised by a single mother. She always dreamed of making it big in the entertainment industry. As soon as she turned 18, she moved to New York to make it happen. Instead of fame and fortune, she found a way to get by stripping in New Jersey.

Later in Season 10, in episode 11, Erika Jayne describes her quick rise from a Shakers stripper to making all her dreams come true, and how achieving your desires doesn’t bring satisfaction, but only desire for more. “Once you get something, there’s always more,” she said at the time. “And then you want more, and then you want more. Moving to New York, the experience at Shakers, getting married to Tom, turned into Erika Jayne, shoe lines, and now Broadway? I mean, there are no limits.”

Although Erika was talking about the unending chain of desire and achievement in a positive light, there is a dark side to always chasing something, always wanting more. There usually are limits, and you might not see them coming until it’s too late.

The lyrics of her 2017 song “XXPEN$IVE” draw a parallel between her identity and spending lots of money. “It’s expensive to be me/ Looking this good don’t come for free” and, “That’s just who I be/ it’s expensive to be me.” This was more than a song lyric: at the peak of her pop carer Erika spent $40,000 per month just on her glam team.

How did Erika and Tom met

Erika Chahoy met Tom when she was working as a cocktail waitress at Chasen’s in West Hollywood. She was 28-years-old, and he was 60. Their age gap has 10 years on their marriage. 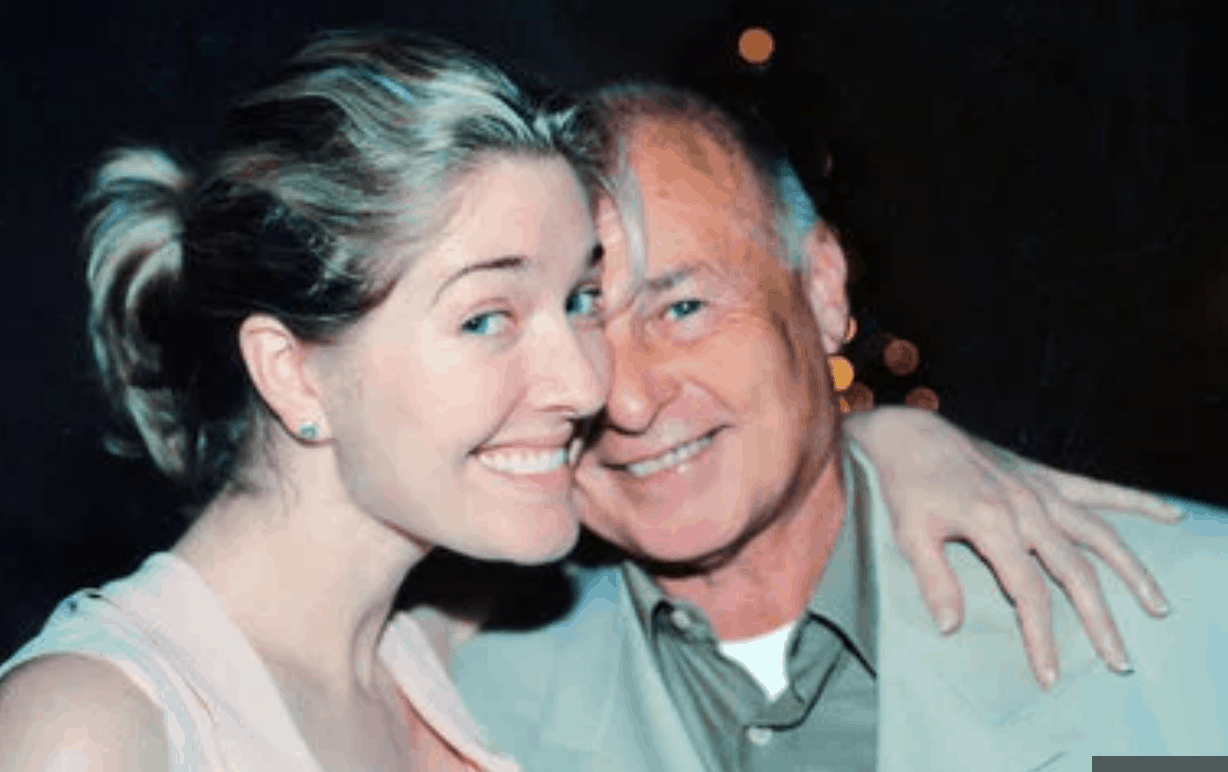 She revealed in her 2018 memoir Pretty Mess, that she was the one who hit on him first and gave him her number, however she was unimpressed when he had his secretary follow up. She refused to move forward unless the powerful lawyer contacted her himself.

“After a year of working in the restaurant, one night I decided to slip Tom my telephone number,” wrote. “We were standing in front of the giant fireplace. ‘Did you hear I was single?’ I asked.

“I told her, ’Tell Mr. Girardi if he wants to take me out on a date, he needs to call me himself and ask me and give me enough time to prepare,’” Erika wrote. “You know how men are, especially if they are successful. They expect you to drop everything right away. That’s not how I work, I don’t care who you are.”

On the Wendy Williams Show in 2018, Erika revealed that Tom was a customer of hers for a year at that establishment and that they developed a friendship before they ever went out on a date.

The pair hit it off and moved in together. Six months later, Tom proposed to Erika with a gorgeous diamond and promised to buy her whatever she wanted. His only condition: He would never wear a wedding band.

Even though Erika Jayne has had an over-the-top life since then, her 1999 wedding was very small and private. The couple married in the clubhouse of their country club with two witnesses present, including at least one attorney that just happened to be drinking at the bar that day.

Just three years prior to their wedding, in 1996, Girardi had settled the groundbreaking case, known as the “Erin Brockovich case” for $333 million, a record for a direct-action lawsuit at the time. This was a case against Pacific Gas & Electric for contaminating the drinking water of the southern California town of Hinkley with hexavalent chromium. This solidified Girardi’s reputation of fighting for the rights of the little guy, which is unfortunate since he’s now being accused of stealing from the settlements of the people he’s hired to protect.

How Erika Jayne was born

At first, having anything material thing she wanted from her husband was enough for Erika Chahoy, but soon enough it wasn’t. Tom was ready to finance bigger dreams for Erika. At age 35, Erika set out to perform pop music. She has said that she never intended to be a pop star because that’s for young people. She just wanted to create again: It was time for Erika Jayne to be born.

“I had everything that you want. Every material object. Everything. But inside my core I still wasn’t satisfied,” she told Nightline about why she created Erika Jayne. “I felt like I was just not being myself. I felt like I was hiding. I was hiding from me. I was hiding from sparkle and magic and fun and fearlessness and music and dance and creative magic… I just knew I had feelings. I knew I had thoughts. I knew I had things I wanted to say. Listen, I’m rebellious. Okay? I always have been. And Erika Jayne is a little bit of a rebel too.”

Erika Jayne debuted with 2010’s “Pretty Mess,” which includes self-aware lyrics like “Everything I am, I bought” and “Treat me as your concubine / Everything you have is mine.”

In 2011, Tom debuted her second music video, “Party People (Ignite the World)m” during Supreme Court Night for the Italian American Lawyers Assn., of which he was the president. The crowd was shocked by the “racy” video.

In 2015 Erika joined the cast of the Real Housewives of Beverly Hills, which gave her more fame and clout to promote her pop machine.

In 2020 Erika landed the well-known role of Roxie Hart in Chicago on Broadway, a career triumph that ended two weeks early in 2020 with lockdowns because of the COVID-19 pandemic. After months of New York excitement, Erika came home to a quiet $15 million mansion and an imploding marriage.

Erika isn’t the only Real Housewife to land a role in Chicago on Broadway: two years prior Grammy-winner and RHOA star Kandi Burruss debuted as Matron Mama Morton, and fellow Real Housewives of Beverly Hills star Lisa Rinna played the iconic role in 2007.

RHOBH Did Tom Girardi cheat on Erika with Justice Tricia A. Bigelow?

THE HOUSEWIFE AND THE HUSTLER Burn survivor Joe Ruigomez, one of Tom Girardi’s victims, tells his story