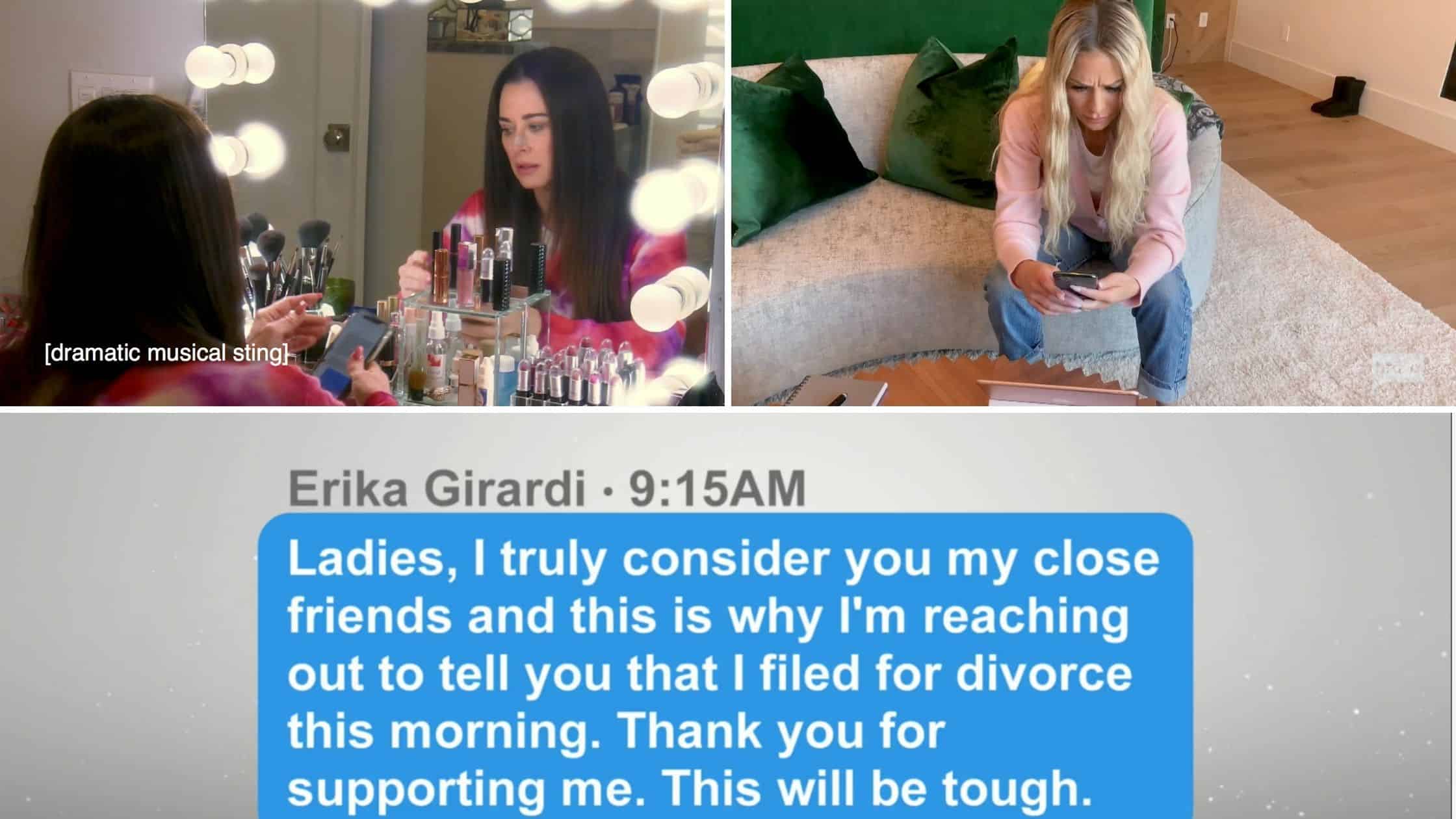 Wednesday night’s episode of Real Housewives of Beverly Hills finally showed how the cast members found out about Erika’s shocking divorce from Tom Girardi: via a group text on election morning, four days after they had vacationed together in Lake Tahoe.

Erika, who was married to the hot-shot lawyer for 22-years, seemly ended their union in an abrupt manner as she had given her fellow Real Housewives no overt signs that trouble was brewing between herself and Tom. Erika had, however, spoken of going through some dark times recently. Of course, more would soon come to light about Erika and Tom over the next few weeks.

The group text was gracious and succinct: “Ladies, I truly consider you my close friends.And this is why I’m reaching out to tell you that I filed for divorce this morning. Thank you for supporting me. This will be tough.”

The women had not heard anything from Erika about this during their recent time spent together, and immediately started Facetiming each other to discuss. They were amazed that Erika had remained tightlipped about such a big deal, but Lisa Rinna was unfazed: “It’s Erika. So whatever is going on, she had to do it like this. She couldn’t tell anybody.”

Erika later released this statement to the public: “This is not a step taken lightly or easily. I have great love and respect for Tom and for our years and the lives we built together,” she continued. “It is my absolute wish to proceed through this process with respect and with the privacy that both Tom and I deserved. I request others give us that privacy as well.”

Real Housewives of Beverly Hills go wild in Vegas; Inside their drama-filled trip!