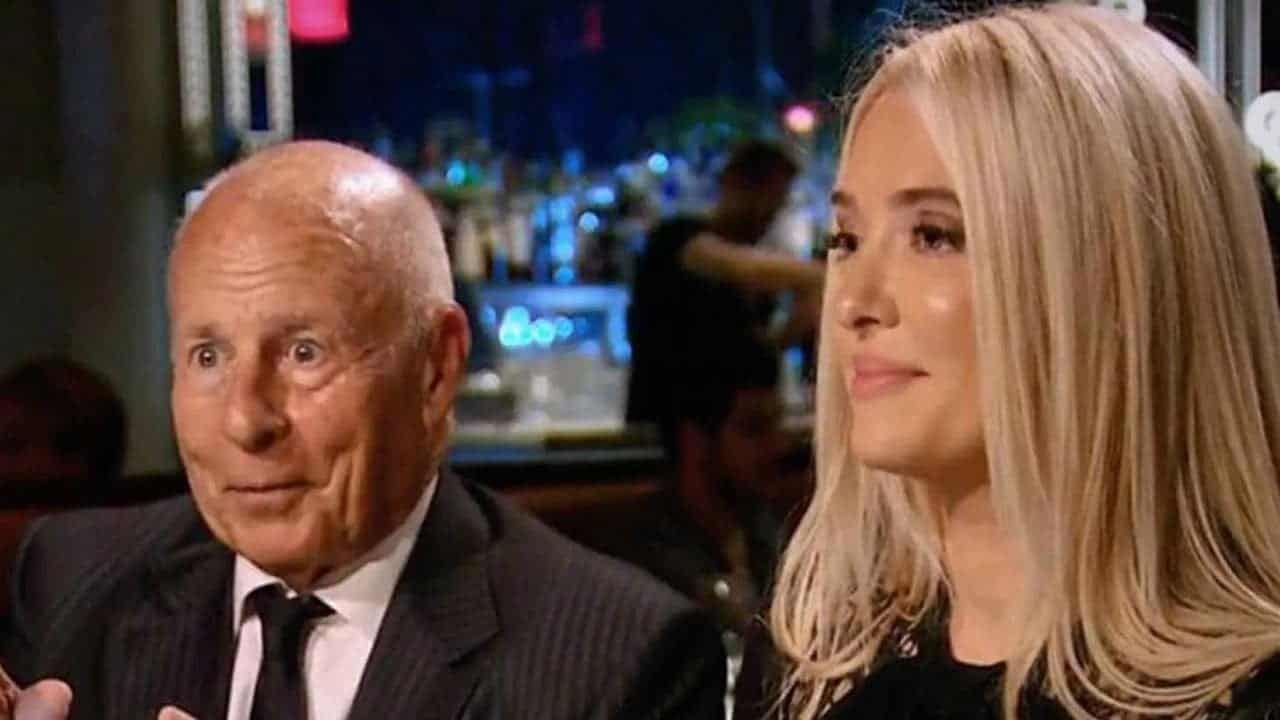 After Erika Girardi filed for divorce from Tom Girardi after over 20 years last year, she claimed that she didn’t feel like his top priority and that he was cheating on her with a Judge. Since multiple embezzlement lawsuits have been lobbied against Tom and Erika immediately following her divorce filing, there has been a lot of speculation that the cheating allegations were a distraction from the real reasons Erika filed.

Who is Tom Girardi’s alleged mistress?

Last December Erika dropped some receipts to her Instagram of text messages and photos from a very old phone. She identified the woman as Justice Tricia A. Bigelow, and claimed that Tom was paying her for her shopping bills and plastic surgery. 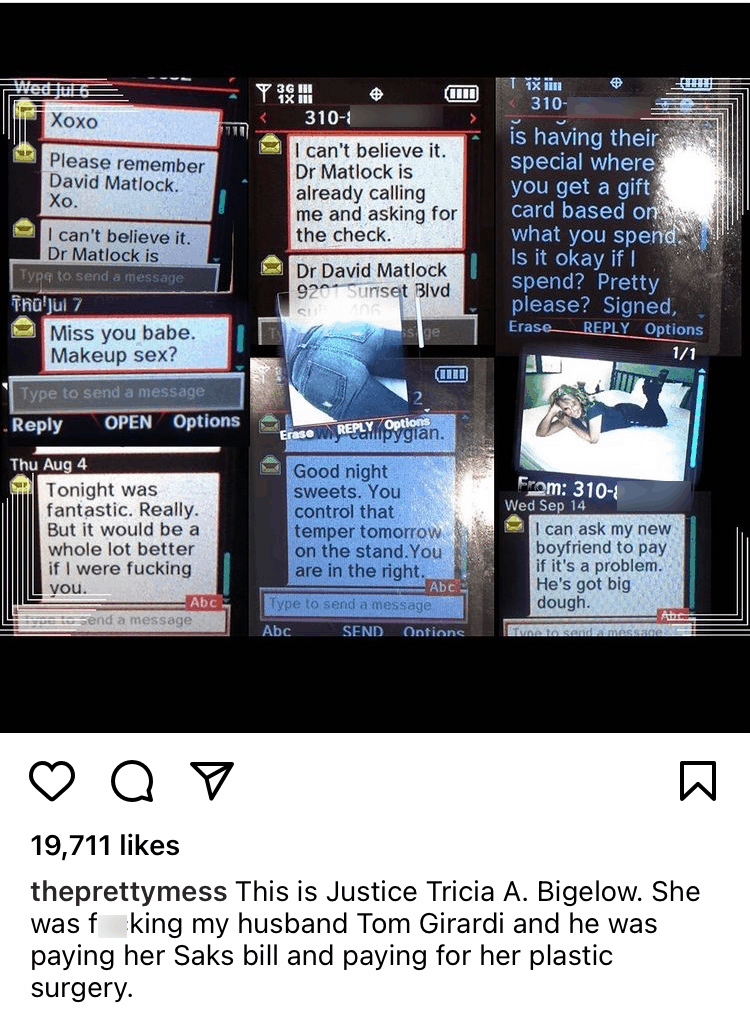 Is the allegation true?

Because Erika essentially doxxed Justice Bigelow by putting her phone number to the public, she may face legal ramifications for this social media exposé. “We are considering our options to protect Justice Bigelow from further harassment,” her lawyer Alan Jackson told the L.A. Times in December.

Since Tom and Erika had been together for 22 years, it is plausible that this could have been a cheating situation for Tom. However, everything, including the very old technology depicted in the screenshots, seems to line up that this was not a recent affair. 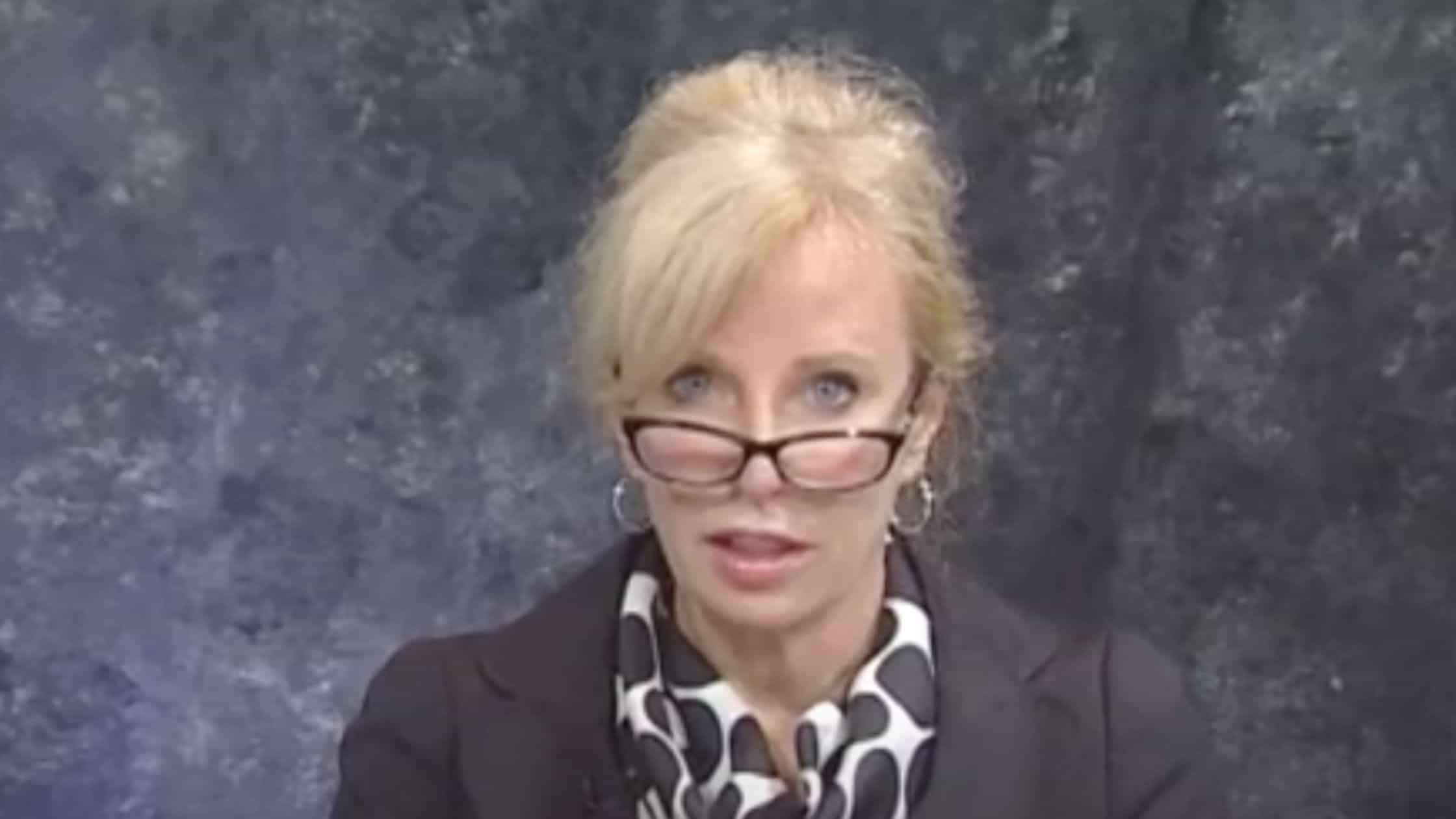 Tricia A Bigelow has retired early

Justice Bieglow was appointed to the 2nd District Division 8 of the California Court of Appeal by Gov. Arnold Swaggerneggaer in 2008. This April she decided to retire 10 years early. She was supposed to serve until January 6, 2031. “Though I leave my work with the state, I am taking your friendships with me and hope to keep in touch,” she said in her resignation letter. “I intend to remain active in the Los Angeles legal community, so this is certainly not a goodbye.” Her last day in court will be June 30, 2021.

Kim Richards on looking inebriated in Paris – did she relapse?