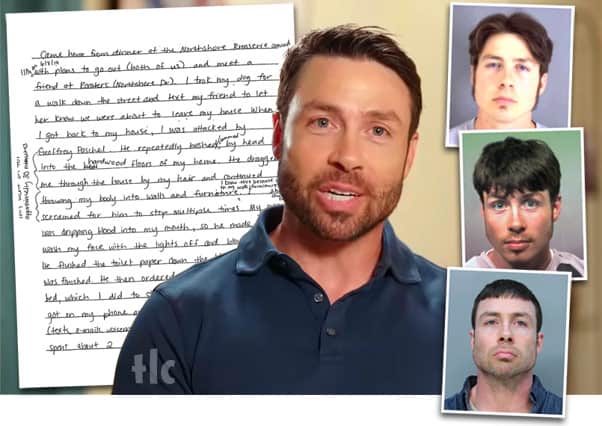 The 90 Day Fiance franchise has a long history of controversial cast members, and it appears as though Before the 90 Days Season 4 star Geoffrey Paschel will be joining that list. In addition to being a professional actor with a rather extensive resume of television work, which will certainly have fans questioning the authenticity of his relationship with Russian event DJ Varya, Geoffrey also has an extensive criminal record.

That extensive criminal record includes some shockingly recent entries. Geoffrey’s now ex-girlfriend filed an order of protection against him in June of this year after an alleged brutal attack in their home. Geoffrey is scheduled for arraignment in January on charges of aggravated kidnapping, domestic assault, interference with emergency call, and vandalism.

We obtained a copy of the order of protection filing, and the woman’s description of the alleged events are nothing short of harrowing.

The incident happened after Geoffrey and his girlfriend returned home from dinner at a Knoxville restaurant on June 8, 2019. The couple had plans to go out later and meet a friend at a local bar. The girlfriend took her dog for a walk and texted their friend to let them know they were about to head out to the bar.

From the girlfriend’s narrative on the order of protection filing:

When I got back to my house, I was attacked by Geoffrey Paschel. He repeatedly bashed/slammed my head into the hardwood floors of my home. He dragged me through the house by my hair and continued throwing my body into walls and furniture. (I know this because of blood on my walls, furniture, etc. Also, the couch was overturned and the kitchen table was moved several feet.) I screamed for him to stop multiple times. This went on for approximately 30 minutes.

My nose was dripping blood into my mouth, so he made me wash my face with the lights off and blow my nose. He flushed the toilet paper down the toilet when I was finished. He then ordered me to get into my bed, which I did to stop any further abuse.

He got on my phone and began deleting all contact (texts, e-mails, voicemails, pictures) between us. He spent about 2 hours on my phone while I laid in bed beside him pretending to sleep. He pulled the screen off the front of the phone and disabled it so I could not call/text anyone, then put it on the bedside table. He also synced my iCloud to his MacBook.

When he was finished going through my phone, he tried to embrace me and apologize. I told him not to touch me and quickly jumped out of bed and ran out the front door to my neighbor’s house. I rang her doorbell and asked her to call 9-1-1, which she immediately did.

The girlfriend says that police arrived quickly and got her statement. She says they proceeded to her house where they arrested Geoffrey.

After giving her statement, Geoffrey’s girlfriend went to a local hospital to have CT scan for a contusion on her forehead. “I was diagnosed with a concussion, but had no bleeding on my brain,” she says in the filing. “I was released from the hospital around 6AM. Upon returning home, I realized he took my car keys.”

The girlfriend ends her narrative by claiming the attack wasn’t the first instance of abuse in their relationship. “In the past year (since Sept. 2018), Geoffrey has assaulted me 4 other times. This includes pushing, hitting, choking, and verbal threats.”

Geoffrey’s now ex-girlfriend was granted a temporary order of protection against him on June 11, 2019. The order has been extended twice with another hearing for another extension scheduled for February of next year.

According to the order of protection filing, Geoffrey and his young son Cayvan (I believe he is currently 4 years old) were living with the alleged victim at the time of the incident.

As mentioned above, Geoffrey is scheduled to be arraigned on charges of aggravated kidnapping, domestic assault, interference with emergency call, and vandalism in January.

It’s important to remind everyone that Geoffrey has not been found guilty of anything. I am still working on getting the arrest report, will will hopefully provide more information about the woman’s injuries as well as Geoffrey’s account of what happened.

We crack open the #evuhdense binder on #90DayFiance #BeforeThe90Days' Stephanie (a YouTuber with 350k subs) to find out more about her life-threatening illness & whether or not her relationship with Erika is real or just a stunt to get on the show. ??️‍♀️ https://t.co/xV4LMb3Co3

90 Day Fiance producers have been criticized in the past for casting people that have shady pasts, including domestic violence arrests, but Geoffrey’s case seems particularly egregious given how recent the incident was. It’s unclear when Geoffrey filmed his segments for the show, but there is no timeline that would explain producers overlooking the charges against him.

If Geoffrey filmed for the current season after June, then surely producers would have been made aware of the alleged incident and the resulting order of protection after doing a background check — which other cast members have confirmed they do. 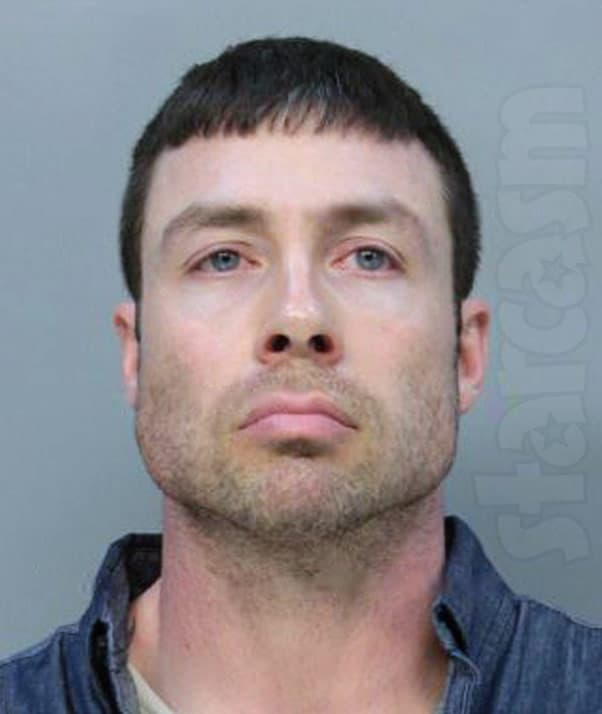 As far as Geoffrey’s criminal history, it looks to be quite extensive. According to jail records, he has been arrested multiple times since becoming an adult, including a Texas arrest in 2001 after being served on a federal warrant by the US Marshals Service!

I’m still working on getting more information about Geoffrey’s prior arrests, as well as the current charges against him. Plus, TLC’s bio for Geoffrey mentions that he has been divorced twice, and it appears as though there was some drama (and legal issues) there as well. From the looks of things, the internet will be unpacking the “evuhdense” binder on Geoffrey for months to come, so stay tuned.