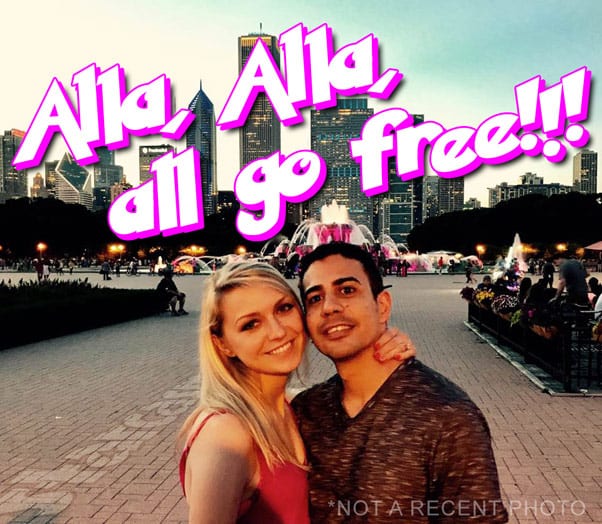 We have some really great holiday news to share with fans of Love After Lockup. According to online records, Season One star Alla Subbotina was released from prison on Christmas Eve!

We were the first to report that Alla returned to prison in January of 2018 after her supervised release on July 4, 2017. As Love After Lockup viewers are well aware, Alla began using drugs again while filming the show, and that resulted in a parole violation and her return to prison.

Alla’s ex James Cristia revealed in November of 2018 that he and Alla had reconciled and were officially dating again. “We took some time apart,” James wrote in response to a question from an Instagram follower about his relationship status with Alla, “but in the end our hearts are still attached to one another. I’m still waiting for her.”

James was also asked if he and Alla planned to have any children together, joining his two kids from his first marriage. “Yes,” James replied. “We’re gonna have little half Puerto Rican half Ukranian babies.”

It’s unclear if James and Alla were still together upon her release the day before Christmas.

James talked at length about his experience dating an inmate — Alla specifically — during his appearance on the Nation of Recap podcast back in March of 2018 while he and Alla were on a break. Here’s an excerpt from our recap:

Congratulations to Alla, and potentially to James as well! I’m a big fan of both of them, and I sincerely hope that she is able to remain sober and find some stability and happiness in her life.

I will continue to keep an eye and ear out for anything from James about Alla’s release and will be sure to share any updates. Until then, merry Cristiamas to all, and to Alla good night! 😉