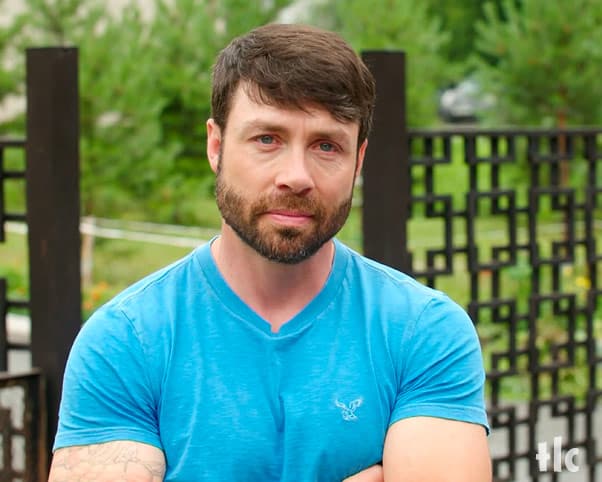 On last week’s episode of 90 Day Fiance: Before the 90 Days, Geoffrey Paschel finally revealed to his Russian girlfriend Varya that he had served time in prison for dealing drugs. Varya seemed quite shocked and concerned. I cannot imagine what her reaction will be when Geoffrey reveals that he was arrested in June of 2019 after an altercation with his girlfriend that would eventually result in charges of aggravated kidnapping, domestic assault, vandalism, and interference with an emergency call! Not to mention that he was married at the time of filming — and still is!

Geoffrey’s kidnapping and assault case was scheduled for a court hearing on March 26, but that was pushed back until May 8. Given the current situation with the coronavirus pandemic, it seems very likely that the case will be delayed again.

UPDATE – The case has been continued once again. The next court date is a status hearing scheduled for June 26.

The alleged victim in the domestic assault incident provided her very disturbing account of what happened on the night of her altercation with Geoffrey in an order of protection filing two days after his arrest. The order of protection has been extended multiple times, and it is scheduled for another court date on May 21.

Here is the full narrative from the March 23, 2011 police report with names and addresses redacted:

On 03/23/11 at 1531 hours, Officer _ ______ responded to a Domestic Matter at ____ ________ Lane. Upon arrival of the officer, Miss ________ _______ (victim) stated that her Ex-Boyfriend, Mr. Geoffrey Paschel (suspect) has been sending her Harassing E-Mails through the Facebook Web Portal. Miss _______ stated that this has been happening for about three months because Mr. Paschel is wanting to reconcile their relationship. Due to a recent Domestic Matter between Miss _______ and Mr. Paschel that occurred in New York, New York, there is a No Contact Order of Protection (Docket #2011NY001359) against Mr. Paschel issued from New York, New York (13th Precinct). Miss _______ was advised of her rights under the Tennessee Domestic Violence Law and was given a Family Crisis Card.

If we are able to get a copy of the New York order of protection filing, we will be sure to update with the details.

As with all of our posts about Geoffrey Paschel, I will conclude with links to our other articles about him — including the allegations of abuse made by his current and former wives. NOTE: the post about his criminal history timeline has recently been updated to include details from his 2014 theft arrest in Florida.

Before the 90 Days Geoffrey & Varya update and Tell All spoilers