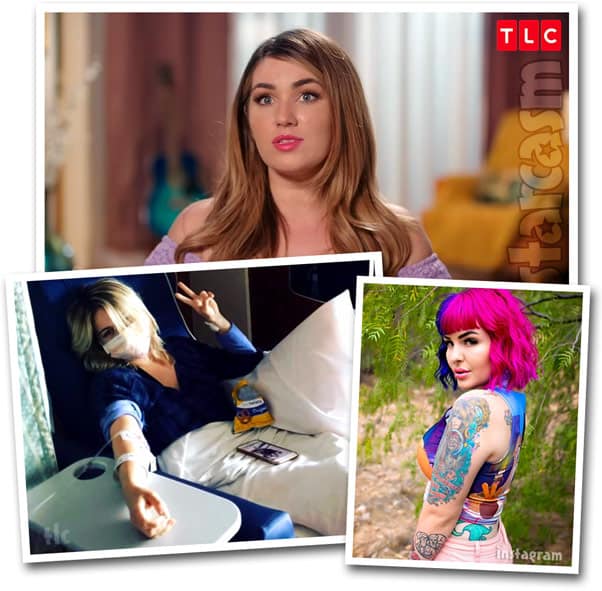 TLC dropped the first preview trailer for the fourth season of 90 Day Fiance: Before the 90 Days this week, and among the six new couples featured is the franchise’s first same-sex relationship. After striking up a relationship on social media, 29-year-old Stephanie Matto from Yonkers, New York is flying to Australia to meet her 24-year-old girlfriend, Erika Owens.

In addition to coming out to her family, Stephanie is also taking a huge risk making the trip because she suffers from a life-threatening illness that means “a common cold can kill me.” But, Stephanie is a popular YouTuber with a long resume of view-grabbing antics, so how much (if any) of her story is just a stunt to get on the show?

Stephanie Matto is better known by her YouTube name Stepanka. Stepanka’s YouTube channel has been around for at least six years, and she has amassed just under 350,000 subscribers. Scrolling through her channel will reveal a cacophony of clickbaity thumbnails with titles like “I Lost My Virginity AGAIN!” “My Pooping Routine!” and “Finally Releasing My Nudes!” If you go solely by her video titles, it seems Stephanie breaks up once a month and always has a crazy story to go with it. She also buys A LOT of bikinis and lingerie, and tries it ALL on for her viewers. (And looks great while doing it!)

Looking through Stephanie’s channel will also turn up the video “I Was in Love With a Girl | My First Bisexual Experience” uploaded in June of 2016. Hmmmmmm…

Here is a screen shot of a sampling of Stepanka video thumbnails: 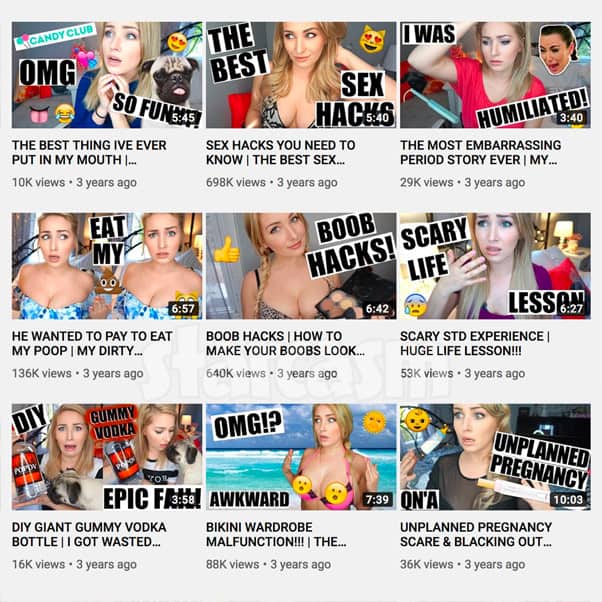 If you’re curious as to why Stephanie opted to go with the Czech version of her name, other than it seeming a bit sexier, it appears as though her mother is from the Czech Republic. Stephanie’s mom Magda graduated from the Palackeho University in Olomouc, Czech Republic in 1984. Stephanie’s dad was a lifelong resident of Connecticut before passing away in 2013 at just 57 years of age. (Stephanie has several videos about the passing of her father.) It’s unclear if Stephanie’s mother come to the United States on a K-1 spousal visa.

So, is Stephanie and her Australian girlfriend Erika’s relationship just a stunt to get on the show? Obviously I cannot know for sure, but I can say with absolute confidence that it is something Stephanie would do. And I’m not alone in that opinion.

After Stephanie revealed to her fans that she was going to be dating Erika on the new season of Before the 90 Days, one fan responded by writing: “So this is real? I thought it was just a spoof you cleverly put together.” Stephanie assured him (and us): “It’s real!!!”

Another fan responded with excitement: “Omg yassss! I knew you’d be back on reality TV. ❤️ Can’t wait to watch!”

WAS STEPHANIE ON A REALITY SHOW?

Stephanie has quite an extensive resume outside of her YouTube channel. She published a book titled Mean Boys & Memories: A Compilation of My Most Outrageous, Hideous, and Embarrassing Stories that is currently available on Amazon. She has also appeared on Nickelodeon and MTV, according to her Backstage profile. That profile also mentions an untitled reality series for ABC Family in which Stephanie played herself.

Here is Stephanie’s brief “About Me” from her profile that focuses on her acting background, but once again mentions reality TV:

Stephanie Matto is a young actress, having worked Nickelodeon’s hit series All That. She is a creative and unique comedian with an extensive training background in acting techniques, dance, acting for camera, and voice production/speech. She has done TV work, film work, as well as reality TV.

I did some digging and I did find a bankruptcy lawsuit involving a third party company that mentions Stephanie being attached to an “untitled relationship program” in October of 2010. It’s unclear if that is the same show as referenced in Stephanie’s bio.

WHAT ILLNESS DOES STEPHANIE HAVE?

Aplastic anemia is a condition that occurs when your body stops producing enough new blood cells. Aplastic anemia leaves you feeling fatigued and with a higher risk of infections and uncontrolled bleeding.

Stephanie’s diagnosis made headlines last year, including an article by The Daily Mail. Here’s Stephanie looking back on her symptoms just prior to being diagnosed:

“Every single time my body would brush against anything or even carrying my bag would result in a bruise. Someone could put their hand on my arm and within an hour I’d have a bruise in the shape of fingerprints.

“The most intense bruise I got was when I was carrying shopping bags home one day and a few hours later I looked at my hands and they were a sea of blue-green. It looked as if all the veins in my hands had burst out blood.”

After her diagnosis, Stephanie began having blood transfusions every other day. She was in desperate need of a bone marrow transplant, but there was no match for her on the registry. “With no known cure for her condition, doctors told Stephanie about a new treatment in which horse proteins are injected into a patient to help induce an auto-immune reaction in the body – and stop the immune system from attacking blood cells,” reports The Daily Mail. 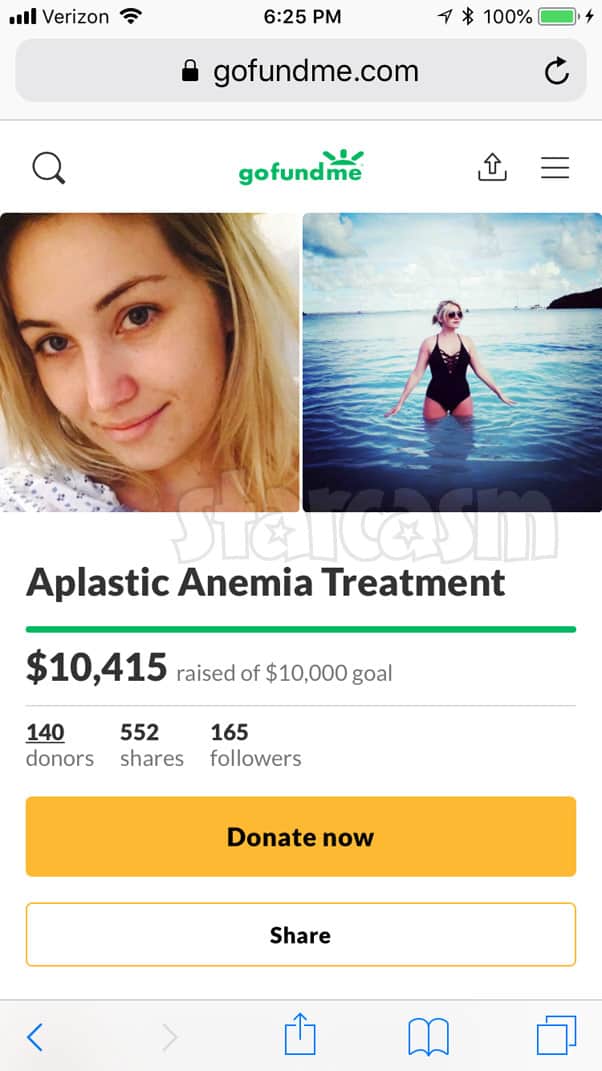 Soon after her diagnosis, Stephanie launched a GoFundMe campaign which managed to exceed her goal of $10,000. From the campaign:

Just last week I was diagnosed with Aplastic Anemia, a severe blood disorder that causes your bone marrow to fail and not produce enough white blood cells, red blood cells, and platelets. I will be needing a bone marrow transplant, and until I get one I will be on a course of intense drugs similiar to what chemo-patients receive. When I heard the news, I was in disbelief. I have always eaten healthy and led an active lifestyle. Literally, in the matter of less than a week, my whole life has been turned upside-down. I am devastated. It is going to be a daily struggle, and in addition to that, I have run into issues with insurance. I have state insurance which only covers so much, and am now in the process of trying to get new insurance in the state of NY. During that gap, I am paying for treatments out of pocket. It is my goal to raise enough to get me through the next month or so without the proper insurance I need. Your help means the world to me, and thank you for your support during my difficult time.

If you cannot donate at this time, I completely understand, but please consider joining the national bone marrow donor registry. It may not save my life, but could save someone else’s. 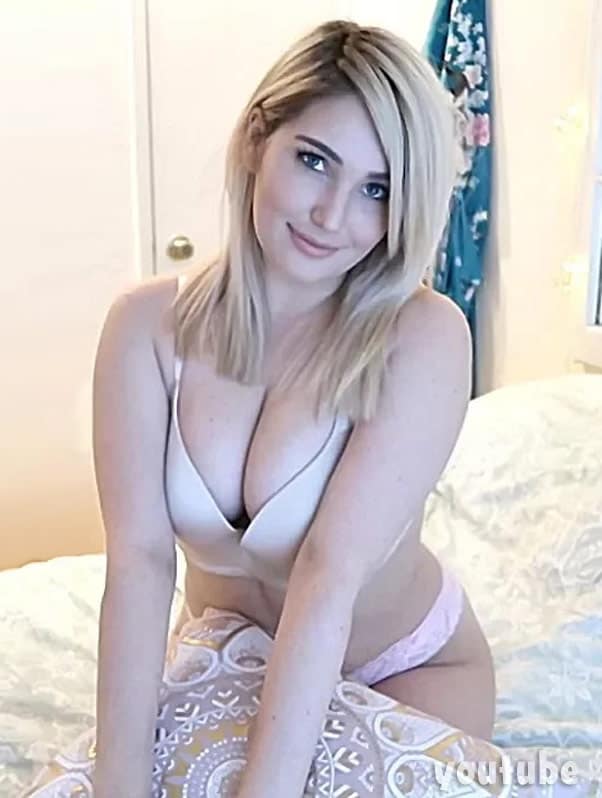 The treatment Stephanie received worked well enough that she was declared in remission six months later. “Unfortunately, a few months down the line my blood levels went downhill again,” Stephanie recalls to The Daily Mail. “I felt like I was back to square one when I needed to get a blood transfusion again after being transfusion free for four months.”

Stephanie returned to Maryland in September of last year where doctors offered another round of the immunosuppressive treatment.

In August of this year, Stephanie described herself as being in partial remission. “I’m on a very high dose of immunosuppressive therapy, which means my t-cells are very low,” she said in a youTube video. “Also, I have a very suppressed immune system in general, so my white blood cell count is not that of a normal person’s, so I get sick very, very easily.”

“With my health condition, a common cold can kill me,” Stephanie says in the Before the 90 Days Season 4 preview trailer. As sensational as that may sound, it isn’t untrue.

A fair and thorough analysis of me. Although my “acting” days are over (since I suck lol) I am very proud of my “All That” days on Nick. I know people will have reservations about me because I’m quite outrageous online, but you will see a truly different side on #beforethe90days https://t.co/j7KTkKiZus

Ps. I believe the bankruptcy is actually a car repossession btw. My dumbass co-signed on my loser ex bf’s car ?

You can follow along with Stephanie and Erika’s international relationship journey when Before the 90 Days returns to TLC on Sunday, February 23 at 8/7c. I will wrap up with the trailer — and some sexy snaps of Stephanie from her Instagram account:

Thanks to Jay for the lovely set 😘❤️ Video going up on Patreon soon! patreon.com/stepanka

Sitting on couches and serving looks is one of the few things I do relatively well in life. Do you have any quirky or odd skills? Pointless skills? Let me know in the comments! Picking a few people to stalk and follow as well, so gimme something funny to read 😂😘 #vealscallopini top by @femmeluxefinery and holy moly I love it 😛😝😜

If I was an animal, I would be a 🦃! What about you? #latex #latexdress #patreon

SHE GOT THE WAY TO MOVE ME 🎶🎵 if you didnt sing that in your head, we can't be friends. COMMENT CHALLENGE: Guess what I am thinking about in this photo. Winner gets a shoutout in my IG story! #stepanka #cute #weird #avocadotoast