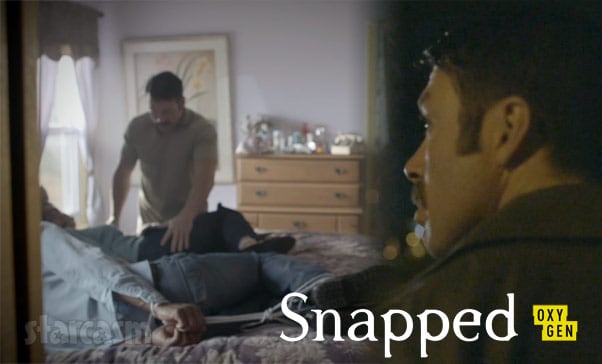 Controversial 90 Day Fiance: Before the 90 Days star Geoffrey Paschel is no stranger to the small screen. Before making his reality show debut with TLC, Geoffrey compiled a pretty extensive acting resume, including a role as one of America’s most infamous serial killers.

Here are some details about the special from the Oxygen press release:

Oxygen Media, the home for high quality true-crime programming, takes viewers into the twisted mind of the “BTK Killer” Dennis Rader, who posed as a family man by day and murderer by night. The two-hour special, “Snapped: Notorious BTK Serial Killer,” premiering on Sunday, September 2nd at 6pm ET/PT will delve deep into the slayings of the innocent victims and a never before heard interview with Rader himself, as he recounts his crimes and childhood.

Under the guise of the “BTK Killer,” Rader heinously murdered 10 people, over the course of 17 years, all while taunting Wichita police and media before finally being brought to justice, after 30 years of cold cases. In an exclusively acquired interview, the “BTK Killer,” which acronym stood for “bind,” “torture,” “kill” reveals his darkest secrets and what drove him to murder. The special features exclusive interviews with experts and the journalists that were tormented by him.

The special included some actual footage of Dennis Rader, as well as the audio interview mentioned in the press release, but most of the show relied on reenactments with actors — including Geoffrey. There were actually four different actors who played the BTK Killer, including a teen version, a young adult, and an older adult in addition to the middle-aged version played by Geoffrey. Despite the role being split into fourths, middle-aged Dennis Rader was responsible for all of the murders, and Geoffrey had roughly two-thirds of the screen time.

As is often the case with true crime reenactments, the actors were blurred to a certain extent. However, you could clearly see and recognize Geoffrey, who was sporting a large mustache as well as an array of creepy outfits from the time.

In addition to his appearance on Snapped, Geoffrey has appeared in numerous other true crime shows over the past three years, including Murder Chose Me, Homicide Hunter, Murder Calls, Dying To Belong, and Fatal Attraction.

Unfortunately for Geoffrey, he isn’t just familiar with true crime on television, he’s also quite familiar with it in real life. Here are links to our posts about Geoffrey, who is currently facing felony charges of assault, kidnapping, and more after an altercation with his American girlfriend in June:

BEFORE THE 90 DAYS Stephanie defends selling nude photos online: ‘I will never be ashamed’

BEFORE THE 90 DAYS Abby and Sean Hiler break up, he explains what happened