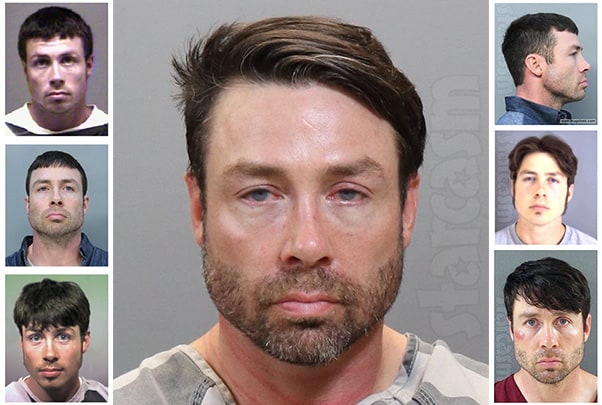 90 Day Fiance: Before the 90 Days star Geoffrey Paschel was found guilty of aggravated kidnapping, domestic assault, and interference with an emergency call in a Knoxville, Tennessee court on Thursday. The convictions stem from an incident on June 9, 2019 during which Geoffrey brutally beat his fiancée Kristen Wilson repeatedly, held her against her will, and prevented her from calling 911.

As we previously reported, the felony kidnapping conviction comes with a minimum prison sentence of eight years. However, the Knoxville District Attorney General has since issued a statement revealing that Geoffrey’s prior felony convictions mean that he is facing a minimum of 12 years in prison WITHOUT THE POSSIBILITY OF PAROLE!

Charme Allen made the announcement with a statement posted on Facebook early Friday morning. Here is her full statement:

Prosecutors in the Domestic Violence Unit obtained convictions against a defendant who assaulted his fiancée and refused to let her leave her residence. Geoffrey Ian Paschel, 44, was convicted of Aggravated Kidnapping, Domestic Assault, and Interference with Emergency Calls. Judge Kyle Hixson revoked Paschel’s bond, ordered him into custody, and set the case for sentencing on December 3.

In a two-day trial, Assistant District Attorneys Heather Good and Jake Ens explained to the jury that on June 9, 2019, officers with the Knox County Sheriff’s Office responded to a call of a domestic disturbance in the Rocky Hill area of west Knoxville. When they arrived, the victim told officers that she had been assaulted in her home by Paschel. Paschel grabbed the victim by the neck and slammed her head against the wall several times. She was also thrown to the ground and dragged. Paschel took the victim’s cell phone and did not allow her to leave the residence. The victim fled to a neighbor’s house after Paschel fell asleep. Officers noted a large, raised bruise on the victim’s forehead along with bruises and abrasions on her back, arms, and the inside of her lip. She was also diagnosed with a concussion. At trial, Paschel testified that the victim’s bruises were self-inflicted, but the jury discredited his testimony and found him guilty-as-charged.

“With October being Domestic Violence Awareness Month, I hope that this conviction shows victims that we will fight for them and hold their abuser accountable” said DA Charme Allen. “Victims of domestic abuse can contact the Family Justice Center for victim services, and members of the community can also contact them to see how they can help end domestic violence.”

Aggravated Kidnapping is a Class B felony. Because of his criminal history, Paschel is a Range II Offender facing a sentence between twelve and twenty years in prison without the possibility of parole. Paschel has convictions out of Blount County for Possession with Intent to Sell a Schedule I Controlled Substance and Possession with Intent to Sell Schedule II Cocaine. He also has two federal drug trafficking convictions out of the Eastern District of Texas. At sentencing, prosecutors will use these and other misdemeanor convictions to seek an enhanced sentence.

As you can tell from the last two sentences, it sounds like prosecutors will be strongly pushing for more than 12 years. Given Geoffrey’s extensive criminal history, I don’t think it will be a very hard sell.

I wanted to note that the Tennessee statutes state that Class B felony aggravated kidnapping carries a potential sentence of 8-30 years. I do not know why Ms. Allen capped the maximum at 20 years.

#90DayFiance Geoffrey Paschel revealed in an interview in May, 2020 that he was offered a plea deal with no jail time for his domestic assault arrest, and he turned it down. He also called his #BeforeThe90Days co-star Big Ed a "pervert." https://t.co/I1ramiipMA pic.twitter.com/DFEUYnTfNW

EXCLUSIVE Before the 90 Days’ Jon and Rachel got married in England in May!