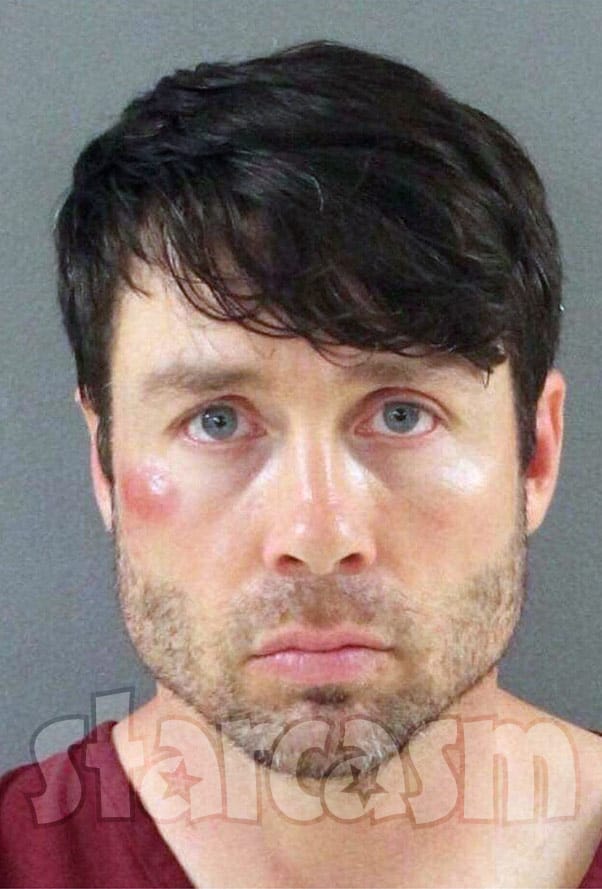 90 Day Fiance: Before the 90 Days Season 4 star Geoffrey Paschel is currently facing charges of aggravated kidnapping, domestic assault, interference with an emergency call, and vandalism after an altercation with his live-in girlfriend in June of this year. The incident isn’t the first time Geoffrey has been accused of domestic violence, however, as his estranged wife stated in court documents that he abused her physically, emotionally and financially. And yes, the two are still legally married — as they were during the taping of Before the 90 Days.

The accusations came via court documents filed after Geoffrey’s wife Brittany took their two young children and ran off to Canada without his knowledge or consent in July of 2017. Here is a summary of some of the claims made by Brittany:

She was abused by Geoffrey physically, emotionally and financially. He restricted her use of the automobiles. They lived in a remote location. She was required to tell Geoffrey where she was going, with whom and when. Geoffrey had his two other children from a previous marriage that lived with them, and a neighbor, watching the Mother’s actions. She was not allowed money. He confiscated her cell phone.

Geoffrey is violent. He has intimidated Brittany by throwing and damaging objects and making threats. He abused and degraded her verbally and threatened to have her arrested by police due to her immigration status. He has strangled, slammed and punched Brittany several times both alone and in front of the children. Geoffrey has physically and sexually assaulted at least one of his previous wives.

When their second child was born, Geoffrey abandoned Brittany in a hotel room [apparently in Nicaragua — see below] with the eldest child, Cayvan. She was in heavy labor at the time. Cayvan was frightened by what Brittany was going through. She had to deliver by herself and keep Cayvan calm while she gave birth. During this time Geoffrey also restricted food to her.

You will notice the mention of Geoffrey’s previous wives — plural. It appears as though he was married at least twice before marrying Brittany. One of those wives provided an affidavit in support of Brittany in which she details how Geoffrey allegedly physically and psychologically abused the couple’s children while they were married.

Making the custody case exponentially more complicated is the fact that Brittany is not a United States citizen and was in the country illegally when she took her children and returned to her home province of Ontario. As a result, she could not legally return to the US. Meanwhile, Geoffrey has a felony drug conviction that prevents him from entering Canada legally.

Despite their legal inability to visit each other’s countries, Geoffrey and Brittany did A LOT of international traveling and they lived what she calls a “nomadic lifestyle.” Her attorney argues that the couple’s transience means that Geoffrey’s home in Tennessee is not the children’s “habitual residence,” which is VERY important in legal terms.

In the end, a Canadian judge ruled against Brittany and determined that Tennessee was the habitual residence of the two children. The kids were eventually returned to Tennessee where there was a custody case pending in Circuit Court.

I spoke with a Tennessee court clerk on Friday who confirms that Brittany and Geoffrey’s divorce has not been finalized yet. 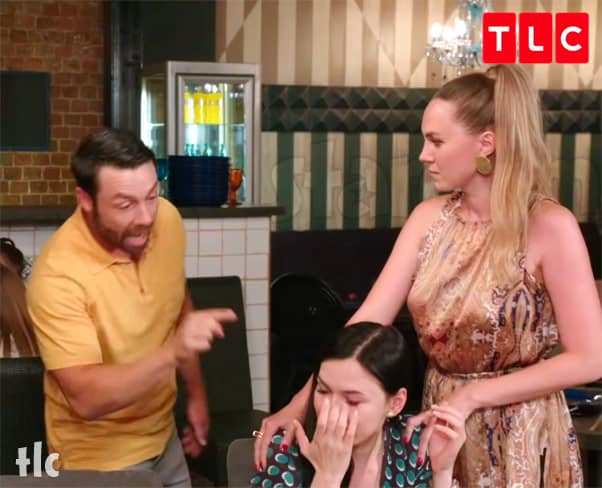 This story is already remarkable, but it is just the tip of the iceberg! There’s so much more information from the case, and I was unsure how to attempt to present it in a simple blog post. The best solution seemed to be a a rough timeline of Geoffrey and Brittany’s relationship that includes information about them and their children.

Geoffrey and Brittany met at an airport in Charlotte, North Carolina in January of 2014. Geoffrey was 36 years old at the time, and Brittany was 19 and still living in Ontario. She had both Canadian and Jamaican citizenship.

The couple began dating and Brittany moved in with Geoffrey in Tennessee in March, 2014.

In July of 2014, Brittany was flagged for entering the US too often and was prohibited from re-entering the country for a period of five years. She subverted the ban by canoeing across the Niagara River multiple times.

Brittany was pregnant when she and Geoffrey were married in Russia in January of 2015. [EDIT: According to a separate court filing, the two were married on January 23, 2015 in Costa Rica. That seems to make more sense given the next entry in this timeline.]

Three weeks later, in February of 2015, Brittany gave birth to their son Cayvan in Costa Rica. As a result, Cayvan had citizenship in Costa Rica, the United States, Canada and Jamaica.

The couple began immigration proceedings for Brittany in 2015. Her status was denied in mid-July, 2017. From that point onward she was not legally entitled to remain in the U.S.

Geoffrey and Brittany’s son Kazhem was born in Nicaragua in February of 2017. As a result, Kazhem had citizenship in Nicaragua, the United States, Canada and Jamaica.

March of 2017 – Geoffrey travels illegally to Canada to see a marriage counselor. Brittany would later try to include what was said to the counselor in her international custody case, but the judge did not allow it.

Brittany returned to Tennessee in March of 2017 to attempt to take Cayvan and go back to Canada. She says that when she returned, the alleged abuse she suffered at the hands of Geoffrey escalated. She also says he confiscated her luggage and her wallet.

On July 31, 2017, Brittany took Cayvan and Kazhem and fled. Three days later, Brittany surrendered herself and the children at a border crossing in Maine where she was voluntarily arrested due to her immigration status. As a consequence, she was banned from entering the United States for the next 20 years.

August 23, 2017 – Brittany filed for divorce and obtained an ex parte order providing her with temporary custody of the two children and a restraining order.

August 25, 2017 – Geoffrey obtained a Writ of Attachment which ordered the children returned to him in Tennessee, and a Restraining Order restraining the Mother from removing the children from Tennessee.

December 7, 2017 – A Canadian judge issues a ruling in favor of Geoffrey, determining that Tennessee is the habitual residence of the two children and that they should be returned there.

March, 2018 – Brittany and Geoffrey’s son Kazhem passes away in Tennessee.

June 9, 2019 – Geoffrey is arrested for domestic violence after an altercation at a home he shared with his girlfriend. Geoffrey was reportedly living there with his son Cayvan.

After June, 2019 – Geoffrey films for 90 Day Fiance: Before the 90 Days, including a trip to Russia to meet his online love interest Varya. (I haven’t been able to pin down exact dates, but the evidence seems very clear that he filmed after his domestic violence arrest.)

We are still unpacking the “evuhdense” binder on Geoffrey, so stay tuned for more posts about him before the 90 Day Fiance: Before the 90 Days Season 4 premiere on February 23. However, just knowing what I know already, I think there is a chance that TLC may opt to remove Geoffrey prior to the Premiere. He is scheduled to be arraigned in January on the the charges of aggravated kidnapping, domestic assault, interference with an emergency call, and vandalism. Whatever happens with that will surely impact TLC’s decision — if they are indeed thinking about pulling Geoffrey.

BEFORE THE 90 DAYS Marta is stripping on Snapchat for money