Tonight's <em>Dateline</em>, "Secrets at the Sunshine Hotel" delves into the grizzly 2013 attack of 78-year-old Yakima, Washington real estate broker Vern Holbrook. The man was lured to a vacant home by a couple posing as home buyers. Luis Gomez-Monges and Adriana Mendez left their three children behind in the car when they followed Holbrook into his home, and the struck him from behind. He was found badly beaten, and with his throat cut, but was still alive. Holbrook passed away several months later, but it became clear that there were other people involved in his murder, including family.
Read More... 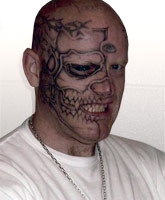 The "Eyeball" killer earned his nickname the hard way: He has a tattoo on the white of his right eyeball (in addition to dozens of other gruesome tats). An Alaska court's given him 22 years for cop-killing. Inside, find out what drug he's addicted to.
Read More...
Is Johnathon Johnson a burglar who deserves to be prosecuted, or a man who tried to do the right thing and got a raw deal for his trouble? Check the facts and weigh your heart.
Read More...
Buckingham Palace has denied vigorously the claims brought forth in a Florida lawsuit brought by women who claim to have been kept as sex slaves. The lawsuit names Andrew as someone who paid for their services while still minors. But the Prince was hardly the only person named in the suit.
Read More...
Read More...
Read More...
Read More...
Read More...