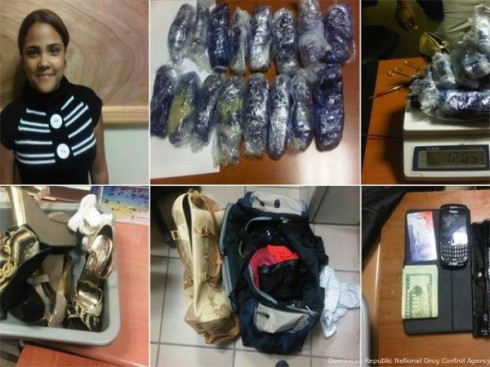 Reality shows notoriously feature troubled participants looking for 15 minutes in the spotlight. Although there is no shortage of stars with post-show issues, few falls from fame have been as swift and as severe as that of 2009 Latin American Idol winner Martha Heredia. The 22-year-old added to her rap sheet this week when she was arrested for attempting to smuggle 2.9 lbs. of heroin to New York by concealing baggies in her platform heels.

Frank Duran from the Dominican Republic National Drug Control Agency said the drugs have an estimated street value of $1 million. Police are questioning Heredia to determine if she was acting alone or with a larger trafficking organization. If found guilty, she may face more than 10 years in prison.

The singer became a household name in her native Dominican Republic in 2009 when she competed on the Spanish-language version of Idol. Heredia was so popular that the president of the Dominican Republic urged citizens to vote for her. Politician Miguel Vargas also dispersed thousands of prepaid phone cards so people could vote for Heredia on the final night of competition. 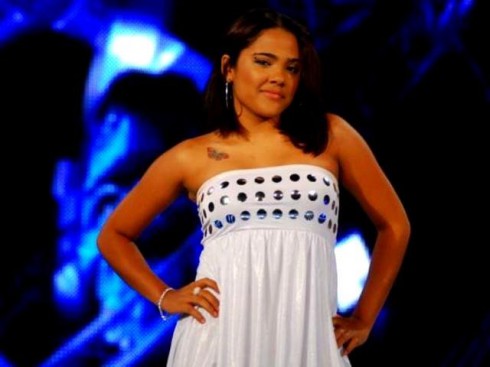 “Martha’s tenacity and creative capacity are an example, and the least we can do is support her efforts,” Vargas said at the time, according to the Daily Mail.

After winning the competition, Heredia returned home to great fanfare and was awarded the National Youth Award by the president. Then, just as quickly as she rose to fame, she seemed to disappeared.

Heredia next made news in December 2010, a little more than one year after winning Idol, for hitting and killing a Haitian teenage who was walking across the highway. As part of a settlement, she was ordered to pay nearly $300,000 to the boy’s family. She reportedly never offered her condolences to the family.

One year later, Heredia released a poorly received album, “Lose or Win.” She then dropped off the radar again until filing domestic abuse charges against her husband, hip-hop singer Vakero. He was held in prison for three months while police investigated the claims.

General Prosecutor Francisco Dominguez issued a statement about Heredia’s latest arrest that seems to summarize why her path is so tragic: “It’s very sad that young people who have so much promise, who were bestowed by life with all the grace in the world and an unquestionable talent, because of ambition, bad advice or simply to obtain money see themselves in situations like this.”