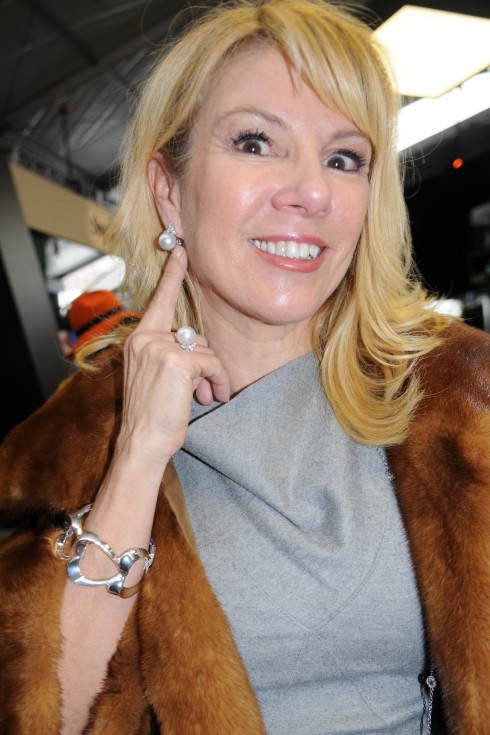 Ramona Singer and the ladies of The Real Housewives of New York have just begun filming the sixth season of the show. Before the season got underway, the gang was in an extended hiatus and with a little extra time on her hands, Ramona took it upon herself to fight crime. After one of her friends was targeted by a jewelry thief who she later discovered was her nanny, Ramona helped her set the woman up and hand her over to authorities.

According to Page Six sources, composer and philanthropist Lucia Hwong Gordon went on vacation with her family last month and when she returned, she found that several items including a diamond and ruby necklace were missing. When Lucia questioned her nanny, Raquel Santos, she “started crying” and handed over slips from local pawn shops. Lucia and Raquel then went together to the pawn shops were several of her items were on display.

Even after realizing that more items were missing, Lucia, who was broken hearted by the betrayal, refrained from filing charges against her sticky-fingered help. “Lucia was distraught,” a source said. “She didn’t want to file any charges. It was traumatic.”

Once Ramona got word of what happened, she urged her friend to get police involved before Raquel was able to target any other families. So, she had Lucia call up Raquel and have her come to the home with her stolen goods so that she could buy them back from her. When Raquel arrived to the home with the missing jewelry, police were waiting and she was arrested.

“I’m thrilled justice was served. My friend showed strength and perseverance,” Ramona said of the incident. “It was important that this was investigated. If it had not been investigated, she might have just gone to work for another family and done the same thing.”

Raquel’s lawyer also spoke to Page Six, saying, “The DA and I are endeavoring to resolve this matter. We expect the victim will not have lost any of her property.”

Vermont man racks up three DUIs in one night

“I want to lick your soul” Donald Kohut seduced by sadistic murderer Christa Pike, tries to break her out of death row