According to WOWKTV.com, two of the members of the outrageous White family, from the Johnny Knoxville-produced documentary The Wild and Wonderful Whites of West Virginia have been arrested.
Read More... 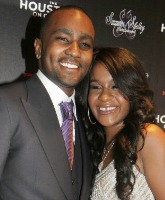 The first significant movement in months in the Bobbi Kristina criminal case could mean dire consequences for Nick Gordon. Find out more about the growing evidence against Gordon–and what he's up to now.
Read More...
The strange tale of Robert Durst just keeps getting more twisted. The night before his arrest, and seemingly right before he was about to flee the country, Robert Durst was ambling around New Orleans packing heat.
Read More...
After the fall of Silk Road, Evolution had become one of the major illegal marketplaces on the dark web. Over night the black market site shut down completely, with reports that it's admins took off with the $12 million of Bitcoin in their accounts.
Read More...
Tonight's Dateline deals with the 2009 murder of Dallas art student Samantha "Shelley" Nance. At the time of her murder, 20-year-old Shelley was enjoying her life in Dallas after growing up in small town Italy, Texas, and was in a relationship an adorable relationship that prosecutors say Daniel Willyam, 28 became obsessed with.
Read More...
Tonight's Dateline tells the story of a 2004 murder that chillingly took place while there were cops on the victim's porch. Lynn Schockner's millionaire husband Manfred Schockner hired a hitman to kill his estranged wife because he feared losing $7 million in their divorce.
Read More...

The Jodi Arias trial concluded its sentencing phase Thursday with a second Arizona jury unable to reach a unanimous verdict in the case, meaning Arias will completely avoid the death penalty. On March 5, 2015, Judge Sherry Stephens again declared a mistrial in the capital case due to a hung jury. Several jurors gave an audio-only group interview immediately following the mistrial announcement. In the media pool interview, they anonymously reveal what really went on in that deliberation room. Read more here now...
Read More... 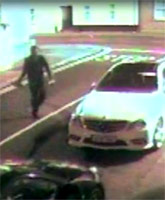 An aspiring Irish car thief is now a viral sensation after being caught on video attempting to throw a brick through a car window only to have it bounce back and hit him in the face, knocking him out cold. The blockhead's hilarious brickochet wasn't his only bungled criminal act that night, however, as he later attempted to blackmail the owner of the car by threatening to tell police his injuries were due to a beating. Keep reading to watch the full clip and get the full story.
Read More...