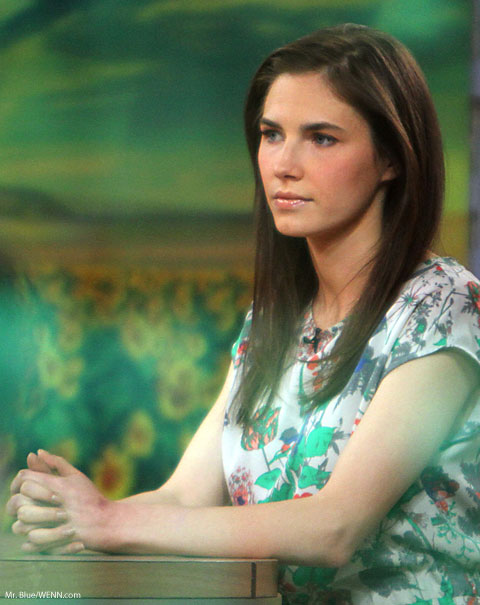 Amanda Knox has made $4 million from the sale of her memoir Waiting to Be Heard, including a $1.5 million advance, but she says she’ll probably be broke soon because of past and future legal fees.

Her $1.5 million advance just barely covered the fees for her Italian murder trial for the death of Meredith Kutcher, who died November 2007 at the age of 21 in Perugia, Italy, and the remaining $2.5 million will go towards taxes and more legal fees because in March 2013 the Italian supreme court overturned her acquittal and ordered a new murder trial. She also faces potential defamation lawsuits from the Italian prosecutors and police she accuses of setting her up. “People asked me if I would change the book and I said absolutely not,” she tells the Toronto Post. “I am not going to change my story just because someone is threatening to sue me but I mean … it sucks. It sucks and it sucks. . .I don’t know what I am going to do. The future is very unsure for me financially.”

Amanda is currently studying creative writing at the University of Washington, and plans to continue to write books in an attempt to support herself.

In her interview with The Toronto Post, Amanda also talks about how “painful” it was for her to read Meredith’s father’s John Kercher’s book and find that he is not convinced of her innocence even after her 2011 acquittal.

She also addresses her romance with James Terrano, and old friend of hers from college:

“James and I had dated very briefly when I was in college, but when I was in prison we were writing to each other as just friends, there was never any hinting or anything. But when I came back it was actually not very long that it took for us to start looking at each other. I lived with a girlfriend for a long time and I live on my own now although James is with me a lot. We are very close.”