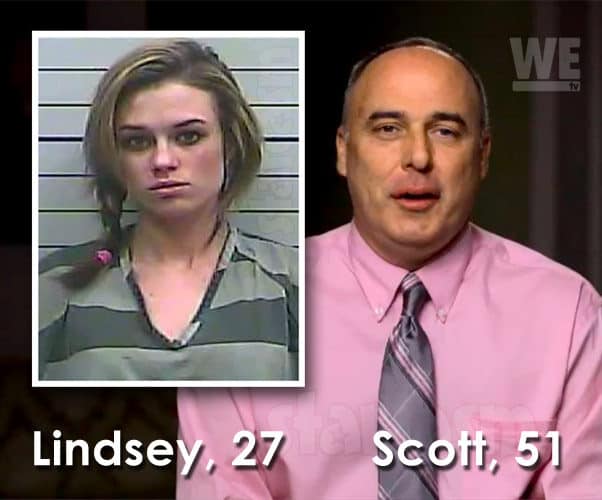 On the new season of Love After Lockup, 51-year-old New England businessman Scott has fallen head over wallet for easy-on-the-eyes 27-year-old inmate Lindsey from Mississippi. Prior to her arrest and convictions, Lindsey was a single mother who apparently liked to live fast — as in REALLY fast. Keep reading for details on Lindsey’s high-speed police chase and meth arrest, plus her other meth arrest less than three weeks later!