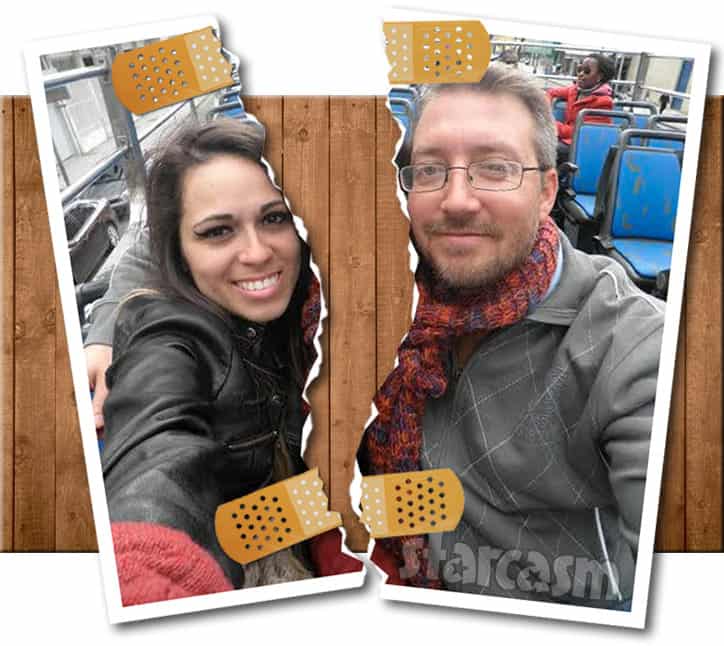 90 Day Fiance Season 2 couple Jason Hitch and Cassia Tavares are once again on the road to officially calling it quits as Jason has filed for divorce for the second time this year.

According to court records, Jason refiled for divorce on September 7 in his home state of Florida. Records also indicate that there was an “answer and waiver” entered on September 10, which would suggest that the divorce will be uncontested by Cassia.

Last week’s filing comes a little more than seven months after Jason first filed for divorce back on January 30. The couple apparently had second thoughts, however, as Jason withdrew the dissolution of marriage filing a month and a half later. Both Jason and Cassia were silent on social media about the petition being withdrawn, but the speculation was that the couple was going to give it one more try. (Jason being silent on social media was a positive sign given that one of Cassia’s major complaints about their relationship was his propensity for making everything public.)

The new filing comes just a few months after Cassia graduated from the University of Southern Florida with a Bachelor of Arts degree in Communication. It’s still unclear if she plans to remain in the United States or return to Brazil.

Jason and Cassia have had quite the dramatic relationship since they were married in Florida in October of 2014 — well before their televised wedding ceremony in Las Vegas. “The wedding in Vegas was just for the show,” Cassia revealed. “I had no doubt in Vegas because I was already married with Jason.”

In early January of 2017, the couple’s issues reportedly led to Cassia moving out on Jason. But, she apparently changed her mind shortly thereafter because Jason was arrested for domestic battery in late January of 2017 after an altercation with Cassia in their home. (Cassia later decided to not press charges and the charge was dropped.)

Neither Jason nor Cassia have addressed the filing publicly (that I could find), but Cassia did seem to be experiencing at least a twinge of nostalgia for her soon-to-be ex-husband — or at least his cooking: 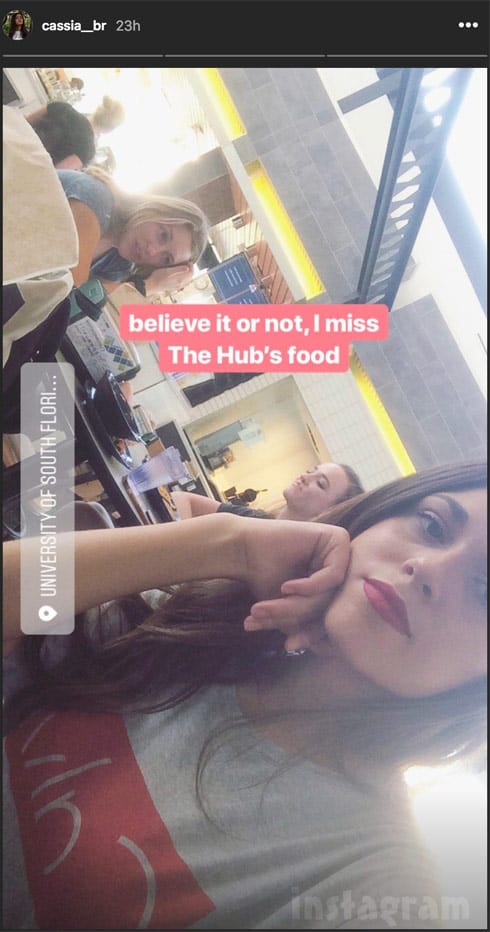 UPDATE – We had several people familiar with USF point out that “The Hub“is the name of the main place to eat for students on campus. Whoops! Sorry Jason.

As I’ve stated many times in many previous posts, I’m a big fan of Jason and Cassia and I wish them both the best as they continue their lives on different paths.

How much spousal support is David Foster paying Yolanda Hadid?