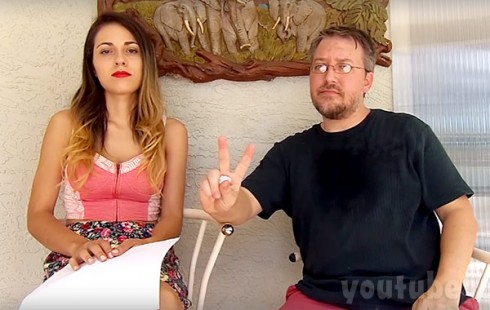 90 Day Fiancé it isn’t so! Rumors have been swirling online that Season 2 couple Jason Hitch and Cassia Tavares have split after Jason referenced troubles between the two and no new photos of the couple have been posted by the social media loving duo in the last couple of months. The rumor mill really began to churn when Jason posted a Christmas day photo featuring his three dogs — but no Cassia. When asked in the comments section why Cassia wasn’t in the photo, Jason wrote “We weren’t on the same page that day. So I flew solo.”

We did some research and it appears that there is indeed trouble in paradise (aka Spring Hill, Florida) — so much trouble that Cassia has moved out! But fans need not lose all hope because there is still a chance for Jassia.

From what we’ve been able to ascertain, the couple’s issues really came to a head once Cassia began attending college full time back in early September. Jason was focused on their businesses, and wanted Cassia to do the same — but she wanted her focus to be college.

Three days after Cassia posted a YouTube video documenting her first day of class as a full-time college student, Jason responded to a Facebook commenter who wrote “I’m so glad you guys are so happy and still together!!!!” with a clear indication they were having issues: “Happy? lol….” Jason wrote. “Cassia and I are real fighters. On our relationship. Like a couple of bulls….but we love each other enough to know we make alot of mistakes…you know?”

To make matters worse for Cassia, Jason was returning to his borderline hoarding ways with car parts and baseball cards piling up all over the house. Cassia was also often asked to go on junkyard runs with Jason — an activity the young Brazilian was not a fan of. 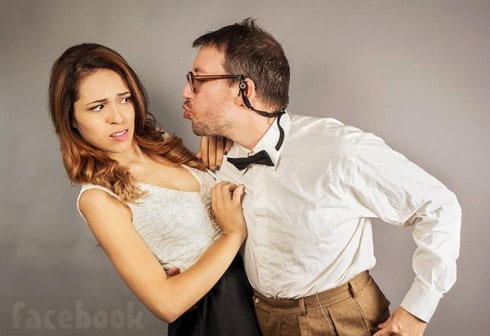 In addition to the conflict of priorities and uncomfortable living conditions, Cassia was also homesick — and finances for the couple have been too tight to allow for her to make a return trip home to Brazil. “Cassia and I are still bleeding money,” Jason posted on Facebook in late September in response to a commenter suggesting they renew their wedding vows in Las Vegas. “Our business income is doing well but [we’re] always reinvesting,” he adds. However, the vow renewal is something Jason has considered as part of a wedding-themed reality show. “We have ‘Pitched’ a few producers on some ideas to get them to pay for it but nothing solid yet,” Jason revealed.

Speaking of renewing their vows, Jason shared this post on the couple’s two-year anniversary in October, revealing that he and Cassia are seeing a marriage counselor (or something similar) in an attempt to save their marriage:

Two years ago today Cassia and I were in Las Vegas having our “TV Wedding”. Cassia missed her friends. She missed her sisters and her mother. She also had cameras in her face asking her if she wanted to marry me (even though we were already married). Though Ann from VegasWeddings.com “comped” the wedding for me, it was FAR from Cassia’s “Dream Wedding”. She and I have worked real hard on our relationship since that day. We have had a lot of Ups and Downs. We are seeing someone to work on our “Communication” with each other. I know I am a big jerk. Obnoxious, and irritating but I love you. I want to stick with this relationship. I hope you want to to. .I have a plan. We will work on our business, get out of debt, and finish College………………..And by the way, I just PAID OFF MY SCHOOL LOAN today from Illinois State University. I AM DEBT FREE!

Jason’s “debt free” proclamation comes months after he filed for bankruptcy stemming from debt he accrued attempting to launch a restaurant called Jason’s Balloons N Spoons in Illinois in 2009. According to Jason on Twitter, that little venture put him $340,000 in the hole! From the document floating around online, it appears as though Jason filed for bankruptcy in January and it went through in July. Of course, Jason sharing that bit of personal financial info looked to be yet another point of contention between him and Cassia:

@hitch4life @cstmoi59 Jason… do not disclosure more than is already published. STOP.

As we mentioned previously, it is our understanding that Cassia has moved out and is currently staying either with family friends or college friends. She is focused on being a full-time college student, but she is still working with Jason and a counselor to make the relationship work.

Jason and Cassia made an appearance on The Robert Irvine Show to discuss their issues, but that episode has yet to air and we do not know when it is scheduled to premiere. I’m thinking Dr. Jenn might want to recruit Jason and Cassia for the next season of Couple’s Therapy! If not that, then surely WEtv’s Marriage Boot Camp would be a great fit, right? Especially if Jason, Cassia and Jason’s dad have to travel to California together in the El Camino! 😉

But seriously, we’ve been fans of Jason and Cassia (they sure made for some entertaining TV!) since their appearance on 90 Day Fiance and we wish them the best in being able to make their marriage work. We will update when we know more.