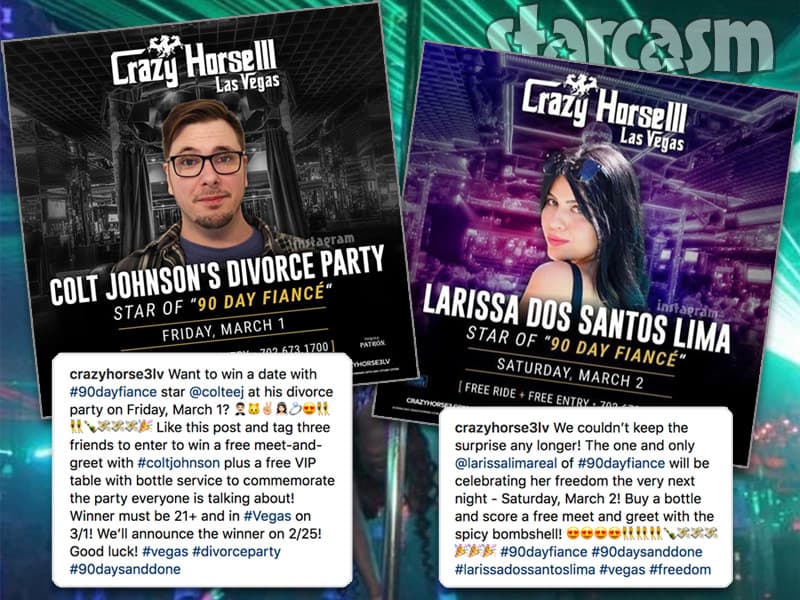 90 Day Fiance couple Larissa Dos Santos and Colt Johnson’s marriage ended in January after a physical altercation led to Larissa’s third domestic violence arrest in less than a year. The couple is now going through a contentious divorce with Larissa reportedly demanding $1,000 a month in spousal support.

After suffering through such a devastating break up, both Colt and Larissa are dealing with their pain in the same way — by hosting back-to-back events at the Crazy Horse III strip club in Las Vegas!

Colt will be first up as he hosts “Colt Johnson’s Divorce Party” on March 1. “What’s better than one woman?” Colt asked in a caption that accompanied a promotional poster for the event. “100! Join me at @crazyhorse3lv on Friday, 3/1 for a reverse bachelor party.” He concluded his caption with a string of celebratory hash tags that included #thankgodimsingle and #whowantstoparty.

The Crazy Horse III also shared the poster (included above) and revealed that one lucky person will be able to celebrate right alongside Colt at a free VIP table with bottle service! Here’s their full caption:

Want to win a date with #90dayfiance star @colteej at his divorce party on Friday, March 1? ???✌??????‍♀️?‍♀️????? Like this post and tag three friends to enter to win a free meet-and-greet with #coltjohnson plus a free VIP table with bottle service to commemorate the party everyone is talking about! Winner must be 21+ and in #Vegas on 3/1! We’ll announce the winner on 2/25! Good luck! #vegas #divorceparty #90daysanddone 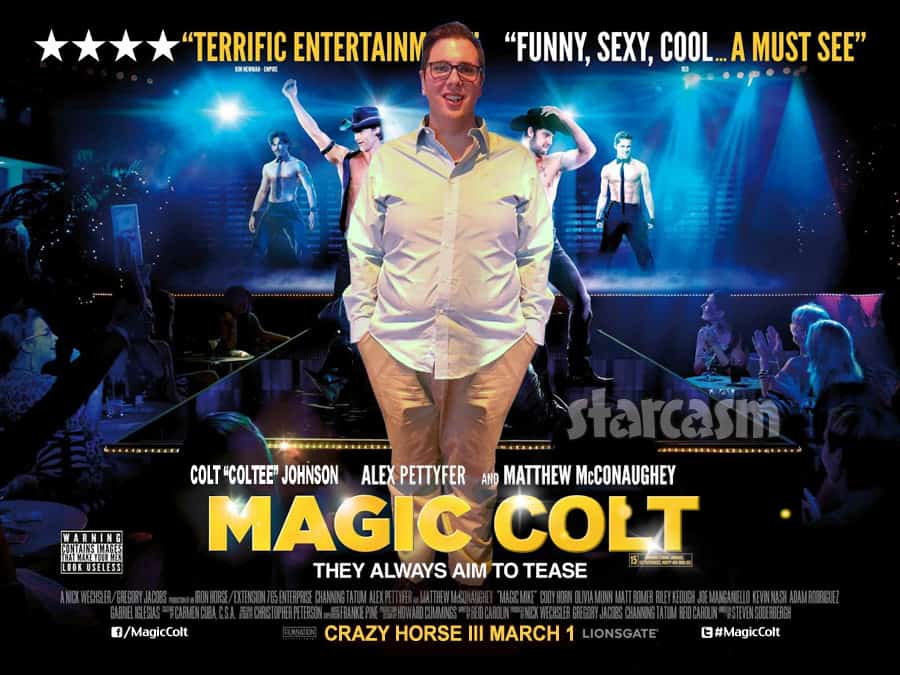 The following night, on March 2, Larissa will take over the Crazy Horse III as she hosts her own party! Perhaps because of potential immigration issues that might arise due to celebrating a divorce, the event isn’t really being billed with any sort of theme such as a divorce party or reverse bachelorette party. “NEXT! Join me @crazyhorse3lv on Saturday, 3/2, as I celebrate freedom,” Larissa wrote. She added the hash tag #yourenottheone before asking: “Who will go?”

The club shared the poster and revealed some more details about the event, which doesn’t appear to have a contest like Colt’s:

We couldn’t keep the surprise any longer! The one and only @larissalimareal of #90dayfiance will be celebrating her freedom the very next night – Saturday, March 2! Buy a bottle and score a free meet and greet with the spicy bombshell! ?????‍♀️?‍♀️?‍♀️??????? #90dayfiance #90daysanddone #larissadossantoslima #vegas #freedom

We don’t want to show any favoritism, so since we created a Magic Colt poster, I thought we should also create something for Larissa. This is the best we could do: 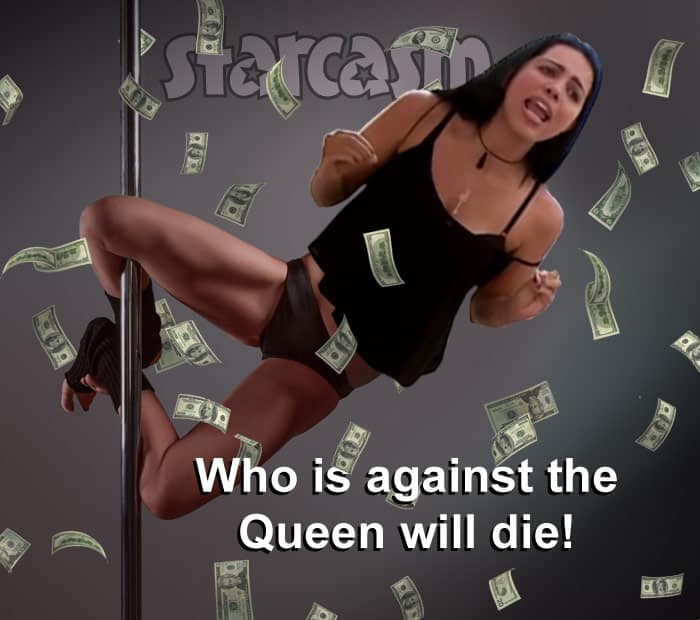 Workee that polee! (I admit I would toss a few bills the Queen’s way. It’s better than a GoFundMe, right?)