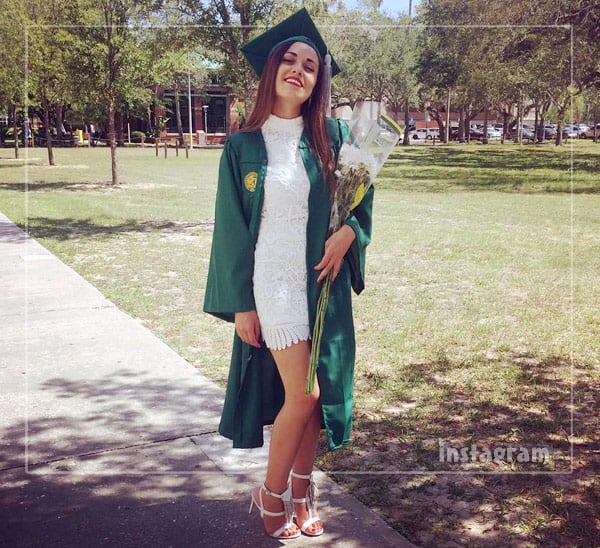 The 27-year-old former reality star originally from Brazil proudly posted the graduation photo above on Instagram back in early May and wrote simply: “I did it.” She followed that up a couple days later with another graduation photo — this time in black and white — and she shared a lengthier message:

I’d like to thank the people I met during my time at USF. With you, I could learn and grow. I am a better person because of it. I cried a lot, I laughed a lot. I found myself as a person. I’m so grateful for all of you!

Cassia received her Bachelor of Arts degree in Communication from the University of South Florida. If you’re wondering how she was able to complete her degree so quickly, it was due to having three years of college courses in Brazil studying journalism already under her belt.

As far as her current situation, Cassia revealed a little about that in the comments. Unfortunately, the interaction was not in English and I had to run it through Google Translate, with mixed results:

COMMENTER: Are you living here or in the United States? Can you just have seen to work there?

CASSIA: Hi! I’m living in the United States! Yes, only with a work visa can move, but it’s complicated. To work here the company that hires you has to prove to the government that no American is able to fill the vacancy.

If you’re curious about Cassia’s relationship status with Jason Hitch, there is no indication that the two are still together. In case you missed it, Jason filed for divorce in late January — one year after he was arrested for domestic battery stemming from an altercation with Cassia. (She would eventually decide to not press charges, and the case was dropped.)

The couple later had a change of heart, however, as Jason withdrew the petition for dissolution of marriage in March. Despite cancelling the divorce proceedings, it does not appear as though Jason and Cassia are currently together.

But, back to the more positive news here — CONGRATULATIONS to Cassia on her graduation! I’ve been a huge fan of hers from day one, and I wish her continued success, whether it be here in the United States, or back home in Brazil. 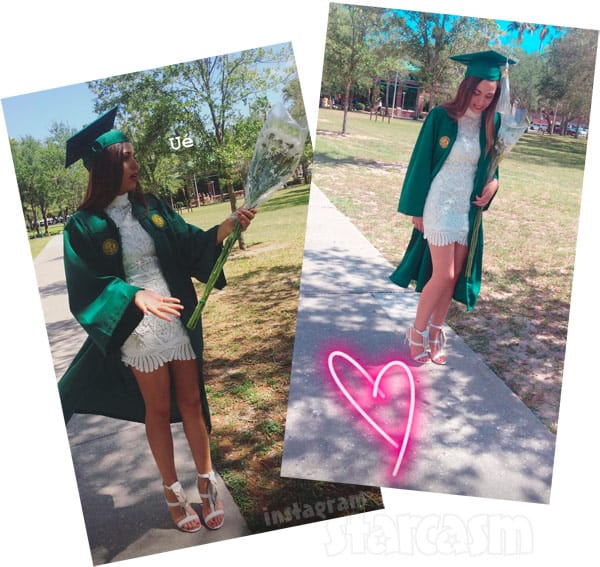