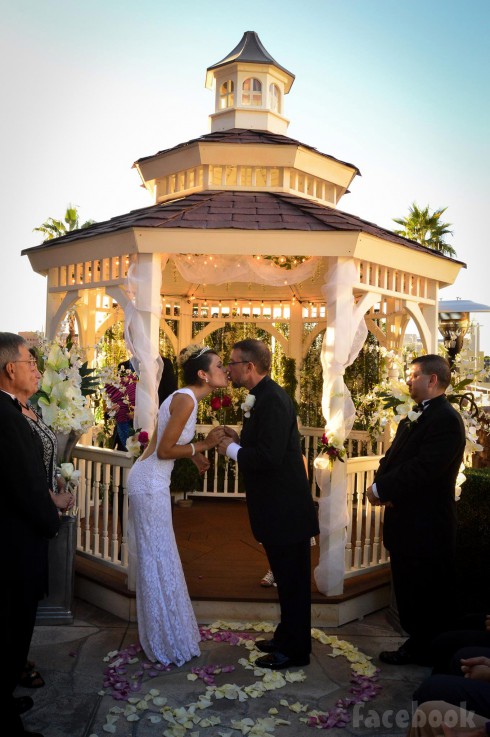 During Sunday’s season finale of the second season of TLC’s 90 Day Fiance fans got to see an emotional Cassia Tavarez overcome her doubts and follow through with her plans to marry fiance Jason Hitch in a Las Vegas wedding ceremony. The episode raised a lot of questions among our readers after we posted last week that the couple got married in Florida. So what’s the real story?

Cassia took to Twitter to clear up some of the confusion. “I read a lot of rumors on the internet,” she tweeted on Monday.”No reason for that, I can answer that for you. Jason and I got married on October 13th in FL.” That is the date on the Hernando County, Florida marriage record we included in our post last week. 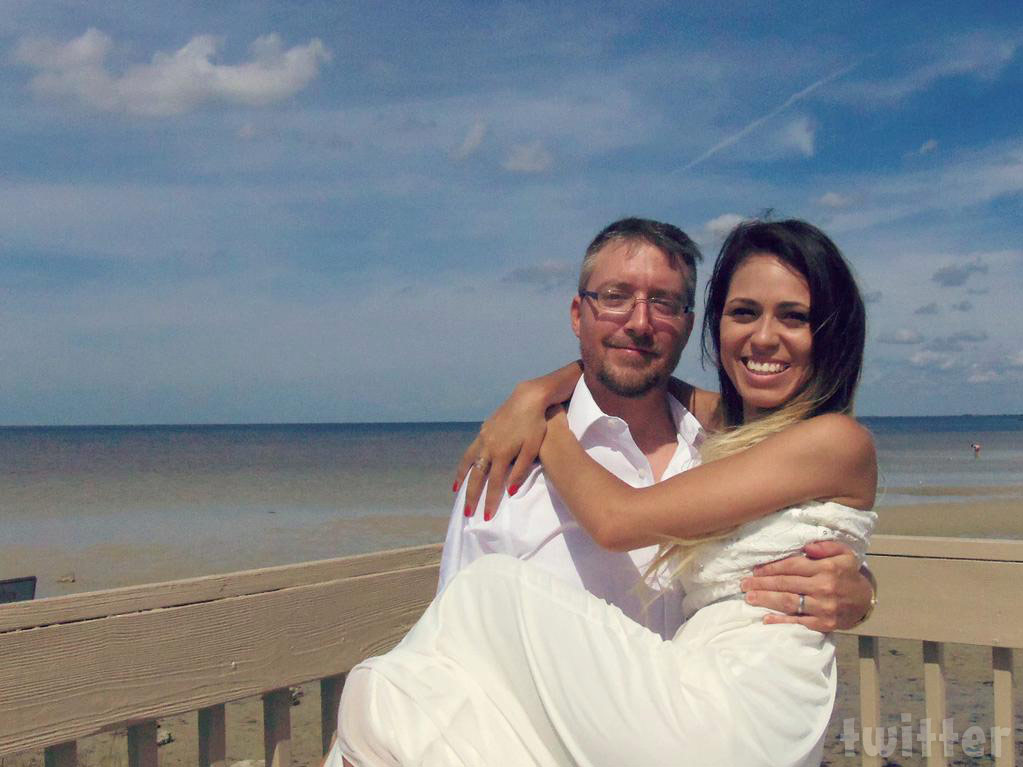 “This is a picture of our first wedding,” she captioned the photo, in which you can see the Florida beaches behind the happy couple. “Jason wants to post the rest later,” she adds, “Idk why, but I’ll respect what he wants!”

So what about the Las Vegas wedding in front of Jason’s friends and family, as well as the TLC cameras?

“The wedding in Vegas was just for the show,” Cassia reveals. “I had no doubt in Vegas because I was already married with Jason.” She then added, “So you can notice that the line I said when I was alone at the bar makes no sense. No comment on production.” 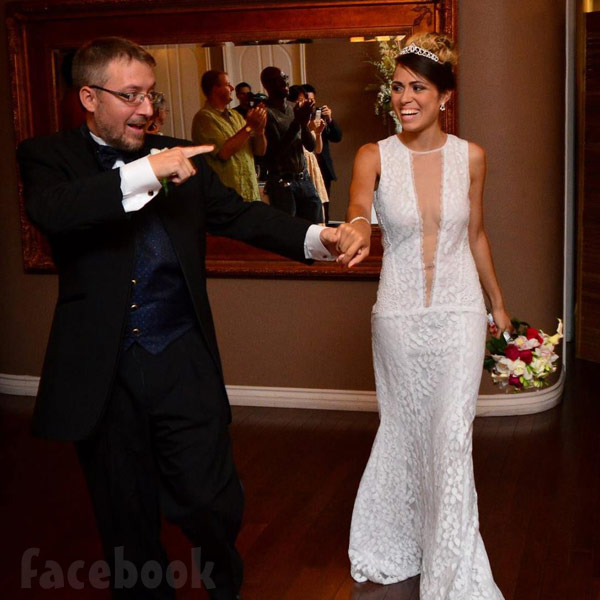 Cassia also took to Facebook to reveal that although her family was unable to attend, they were there in spirit — and in clothes!

That was a very special moment for us. My family could not be at the wedding, but they got dressed in Brazil like they were at the wedding with us. My mom was crying a lot and could barely talk. We promised her a ceremony in Brazil. And we will do it. We love you, mom. 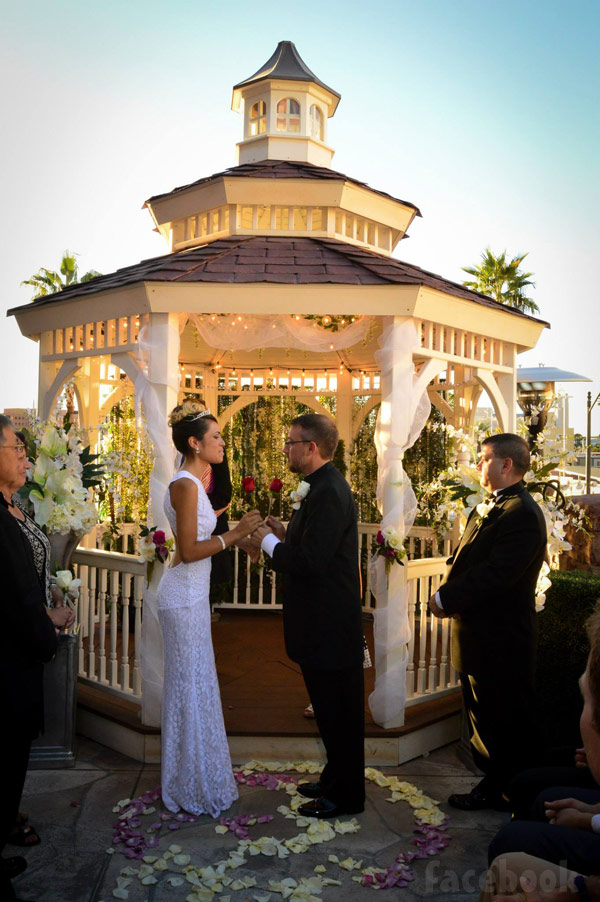 An alleged family member (who sure seemed to know enough to back up her claim) provided more details on the Previously.TV forum about the two weddings and what viewers saw from Las Vegas:

The Oct 13th wedding was real. They were getting dangerously close to the 90 days. If anything went awry in Vegas, they would not have met the deadline, so they were married in Florida. Ron already received his “Doctor of Divinity” several years prior, so he was eligible to be the “officiant”.

TLC put them in the no-tell motel. Jason had arranged for a complimentary eight night stay at a major hotel on the strip. TLC wouldn’t allow him accept it. Where’s the drama in that? After the film crew left they moved to the Westgate. Jason had reserved a discounted room, but they were upgraded to the penthouse…. maybe because they were newlyweds. 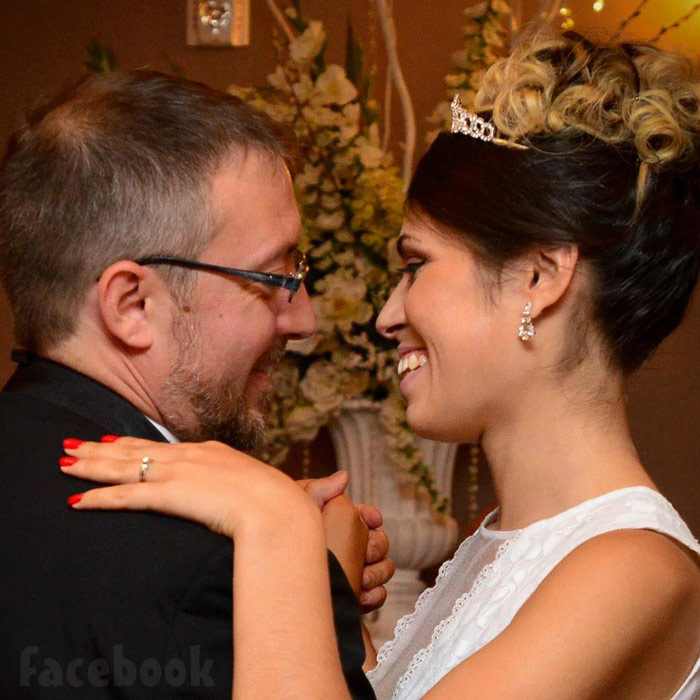 Cassia was left at the bar by herself for a very short period of time. It was supposed to be a male-female party so everyone could get to know Cassia better, but children were not allowed in the bar, eliminating Jason’s sister and family. The show provided unlimited free booze. Free booze + empty stomachs quickly developed into some very drunk people. Ron and ex left fairly early to stay with the children, leaving Cassia with all of the men. Drunk Jason + a suggestion that the “bros” have a drink by themselves was all it took for Jason to abandon Cassia and create some drama. Notice the drinks were barely touched.

Someone asked if TLC knew of the Florida wedding, and here is this poster’s response:

I have no idea if TLC knew. I don’t believe most of the guests knew. Talking Jason out of the marriage was all for the camera. One of those people was Ron – and he had already married them! No second thoughts from Cassia or Jason. Family and friends are delighted to have her in our lives!!!

As are we! Without Cassia I wouldn’t have seen my favorite t-shirt of 2014. 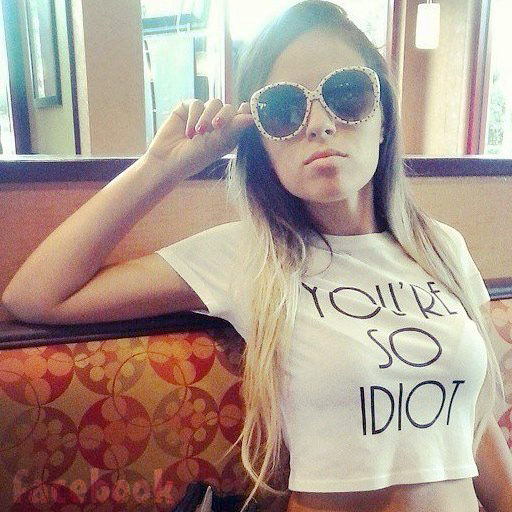 So how do I go about trademarking “You’re so idiot?” 🙂

Congratulations again to Jason and Cassia. I’m sure I’m not the only one that is hoping TLC will bring them (and some of their Season 2 cast mates) back for another follow-up season.