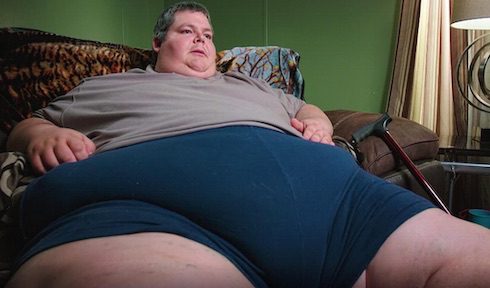 My 600 Lb Life star Aaron Washer is riding high after undergoing maybe the most astonishing transformation of the season so far! Aaron began his story dejected and dependent upon his ailing father for help, but managed one of the biggest weight losses of Season 7. And his 300+ pound weight loss continues what could well become the most successful My 600 Lb Life season to date.

As we wrote in the build-up to Aaron’s episode, the Texan was too dejected to do much outside the house other than accompany his father Eugene to the grocery store. Though Aaron had moved back in to his parents house to help out his dad following the death of Aaron’s mother, in reality, the opposite happened. The 76-year-old Eugene had instead become Aaron’s caregiver, and his son’s obesity threatened to spiral further out of control.

However, once he was confronted with Dr. Now’s ultimatums and diet plan, Aaron responded in a big way. By his debut episode’s end, Aaron had lost a total of 315 pounds from his peak weight of 718. Aaron was getting outside and going for walks every day, and had totally changed his attitude about food and eating for comfort. Best of all, Aaron had also lost enough weight to be relied upon as Eugene’s caregiver.

But perhaps no one was prouder of Aaron’s progress than Dr. Nowzaradan himself. After Aaron’s 11-month weigh-in, two months after his weight loss surgery, revealed that he’d been losing 30 pounds per month as the doctor instructed, Dr. Now actually beamed.

“That’s fantastic; you’re staying on track,” he told Aaron. “I’m proud of your progress. Keep up the good work.”

But Dr. Now didn’t stop there. In an office scene after Aaron had left, he had even more to say. “I’m very proud of Aaron,” Dr. Now said. “His start was a little rocky, but once we got him to wake up and to understand how dangerous his situation was, he got determined and started doing what he needed, and he hasn’t looked back or slowed down at all. At this point, I have no doubt [Aaron’s] going to continue doing whatever he needs to do to get to his target weight soon, and to make sure he’s successful in the long run.”

As is often the case with My 600 Lb Life participants, Aaron has largely gone quiet on social media since his episode aired, so the latest weight loss photos will have to wait for the next My 600 Lb Life Aaron update. What Aaron has shared, though, includes a pic from the start of his weight loss journey, not long after filming began, in which he already looks healthier: 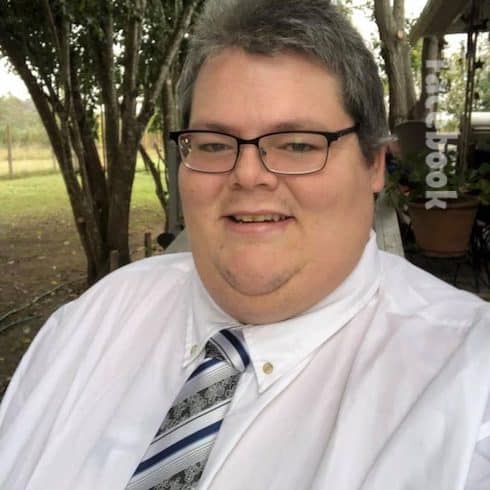 Aaron also shared an older photograph of himself and his beloved mother before her passing: 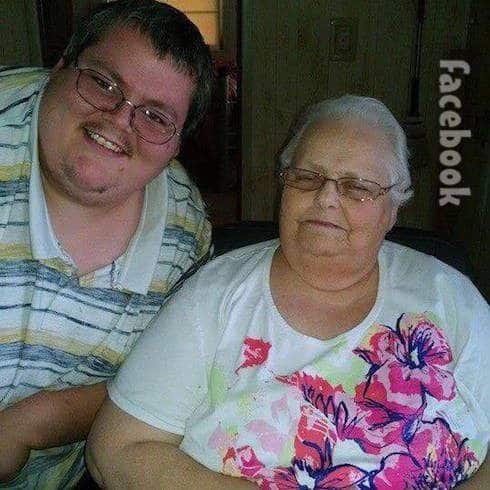 It’s worth revisiting our earlier point that this has been an exceptionally successful My 600 Lb Life season. Aaron’s 315 pound weight loss accounts for a whopping 43.8% of his peak body weight, and both of those are enormously impressive numbers. But his is only the fourth-highest weight loss for My 600 Lb Life Season 7 so far. The cast member with the biggest weight loss is Brianne Smith Dias, at 380 pounds; after Brianne comes Brandon Scott, at 335 pounds. And just behind Brandon is Justin McSwain, who lost 334 pounds by the end of his episode. (Click here for our article on the biggest overall weight losses in My 600 Lb Life history.)

Nor have those four cast members had the only big success stories. Almost everyone else who’s been on the show this year has plenty to smile about: Destinee, Octavia, Holly, Robin, Lacey, and Tiffany have all lost between 229 and 258 pounds, and seem well-positioned for future weight loss success.

Of course, it’s not a race, and we don’t intend to make this or any other article sound like that’s all the show is. As we’ve written before, just going on My 600 Lb Life is a courageous act. That said: for a show best-known for some of its more outlandish and unreasonable cast members, Season 7 has been weirdly drama-free 🙂

One other item of note for this My 600 Lb Life Aaron update: the Texas transplant still lives in New Braunfels, just outside of San Antonio. Hopefully, his close proximity to Dr. Now’s Houston office means we’ll get a proper Where Are They Now? follow-up next year.

For now, you can revisit Aaron’s debut episode here, via TLC.