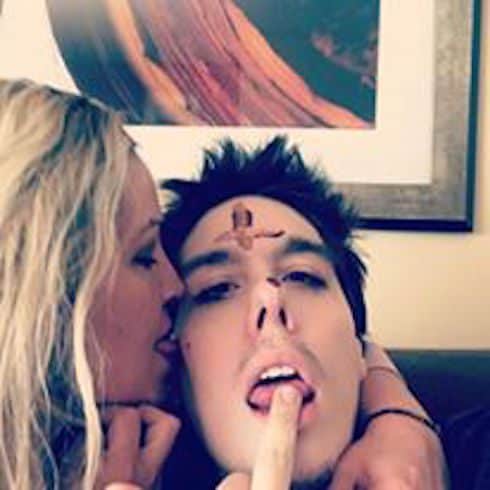 Last week, we broke the story of former My 600 Lb Life participant Steven Assanti’s marriage to Stephanie Sanger, the woman who’d been dating him for several months. Stephanie had teased she and Steven’s marriage with a handful of pics of what looked like the two of them sporting wedding rings over the past few weeks, and we were able to confirm that the couple was married in Polk County Iowa last May. (Click here for the full story, including several photos of the wedding ceremony in judge’s chambers.)

After confirming the story, we reached out to Stephanie, who revealed how she and Steven Assanti met, and explained what she sees in the controversial figure.

Before getting into the specifics, though, we should mention that toward the end of the interview it became clear that Steven — who hasn’t been on social media (as himself) for several months — was actually the one answering our questions. After we were unexpectedly blocked and then unblocked, Stephanie appeared to take control of the keyboard, admitting “[Steven] answered a majority of the questions himself” and adding “I hope Steven reflected me in a good light lol, I didn’t see all of the questions.” 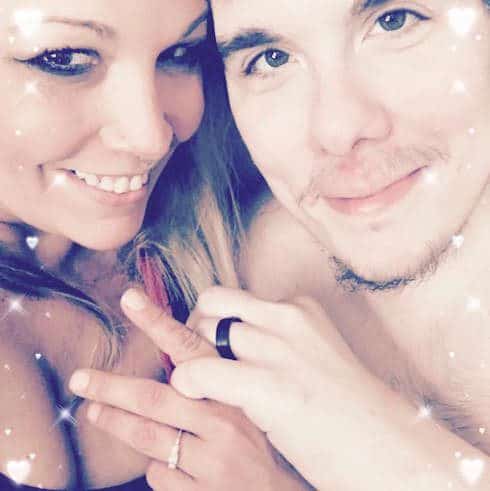 Who is Steven Assanti’s wife? He and the former Stephanie Sanger were married this past May 17. Photo via Facebook.

So, take the following with a grain of salt.

Who is Steven Assanti’s wife? How did she and Steven meet?

Stephanie, a licensed massage therapist who lives with her daughter in Des Moines IA, said she met Steven just like almost everyone else who knows him: via My 600 Lb Life.

“I was trying to find him because the moment I saw him on tv I thought he was a beautiful person,” Stephanie explained. “And I wanted to know him not because of tv because I knew he was my soulmate I felt it and I just had to find him.”

Stephanie said when she contacted Steven through his then-active Facebook live feed, “He thought I was just another crazy fan but I wasn’t.” The two met in person “at the Hilton Embassy Suites [in Houston] “at exactly March 5th this year,” Stephanie told us, adding, “I’ll never forget that date.”

After spending three days together, the couple decided that Steven would move to Iowa to be with Stephanie and her daughter. “I…pick[ed] him up at my own [expense] and bring him down to [I]owa,” said Stephanie, “and it was the best choice I ever made in my life.”

When we asked Stephanie what exactly attracted her to Steven, her response was simple. “His face his eyes and hair I think hes beautiful,” she said, adding “beauty is skin deep and he has a heart of gold.”

And, according to Stephanie, the Steven Assanti known to My 600 Lb Life viewers is not at all like the man she married. Steven is “Nothing like how he was perceived on the tv show at all or on his YouTube videos. He’s a gentlemen and a fantastic lover and lover of life in general.” (As far as Stephanie’s family goes, she says “They all love [Steven], as does my child.”

To that end, Steven says he wants to stay away from social media and the public perception of himself in order to focus on his new family. Steven “just wants to try to live a normal life without social media,” Stephanie told us. “He has no interest at all to ever return and wants to focus on himself and his new life….just taking it day [by] day and living life to the fullest.”

In fact, Steven says he’s so committed to Stephanie that he’s unwilling to return to Texas at all — either to live or to film the show. At first, Steven told us he’s “done with them” meaning My 600 Lb Life‘s producers; when we asked if that meant he had fulfilled his contractual obligations, this was the response:

He’s done with [My 600 Lb Life] and could care less about the contract. They want to sue me and I could care less they could sue I don’t mind. I am just tired of being made fun of from the way they perceived me on that tv show. So I wash my hands with all the producers and doctor.

(Keep in mind that this was also the point in the interview when it became clear that Steven was answering at least some of our questions under the guise of Stephanie.) 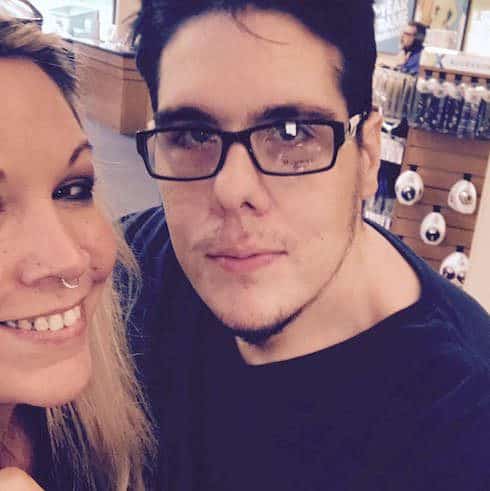 Steven Assanti’s wife before their marriage: Steven and Stephanie Sanger together in spring 2018. Photo via Facebook.

We had to ask Stephanie how she felt about the relentless gossip regarding her true intentions with Steven. Since news of their relationship broke, the primary belief among Steven’s detractors and fans is that Stephanie is catfishing Steven, or is otherwise manipulating him.

But that talk “never bothered me,” Stephanie told us, “because I know that I’m nothing what they say about me. I think it’s funny and we honestly just both laugh it off.”

And, in case you were wondering, Steven Assanti’s wife says she and her husband have no plans for a honeymoon.

“We have the support of [Steven’s] family, my family,” Stephanie said, “and plan to live a quiet life together, raising my daughter.”

You can stream “The Assanti Brothers’ Journey,” Steven and Justin Assanti’s most recent (and, possibly, final) My 600 Lb Life episode here, via TLC.)

(Photo credits: Who is Steven Assanti’s wife via Facebook)

PHOTOS VIDEOS How many women have accused Donald Trump of sexual harassment?