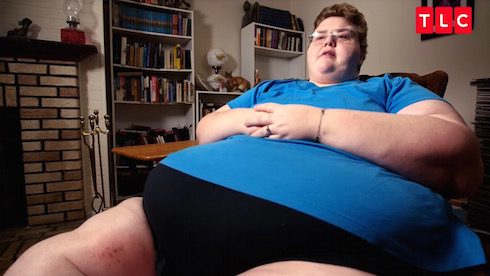 Holly Hager from My 600 Lb Life Season 7 has been keeping her head down and doing what’s best for her since her episode’s premiere. The Georgia native had already suffered one failed weight loss surgery and one especially traumatic past relationship. But in the latest My 600 Lb Life Holly update, it looks like she’s rededicated herself to getting healthy both physically and mentally.

As we found out with her My 600 Lb Life debut, Holly was raped at the age of sixteen. The PTSD she suffered influenced the rest of Holly’s life; she’s long turned to food for comfort in times of great stress. And Holly’s first marriage was most definitely one of those. Though she trusted her first husband initially, Holly eventually realized the man “had betrayed [my] trust with how he had treated me.”

So Holly filed for divorce, and doubled down on her reaction by getting approval for weight loss surgery. She lost over 200 pounds very quickly — her weight dropped from more than 600 pounds to 398 — but Holly’s cravings didn’t disappear. She couldn’t curb her cravings, and had “busted [her] staples” within a few years.

By the time Holly met Dr. Nowzaradan, she weighed 658 pounds. She was in a better place emotionally thanks in part to her husband, Ray, but Holly was feeling low thanks to Dr. Now’s strict orders and the after-effects of the four-day journey to Houston. And that low feeling persisted: by Holly’s fifth month working with Dr. Now, she had only lost 47 pounds, and admitted she was having a hard time both following his diet and not lying about it afterward.

Fortunately, that’s when things began to turn around for Holly. Two months later, she’d lost another 47 pounds, and been approved for weight loss surgery. And the weight kept coming off after that. By the end of Holly’s first My 600 Lb Life episode, she was down to 418 pounds. Holly’s total loss of 240 pounds comes out to 36.4% of her peak weight — a huge accomplishment by any season’s standards.

Holly keeps a low social media profile, so our My 600 Lb Life Holly update comes without recent photos. The latest one Holly has made public is a before-and-after taken in the middle of her weight loss journey. “40 pounds lost so far!!!!”, Holly wrote as a caption: 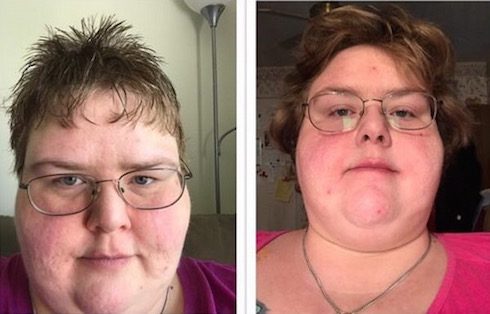 However, good news doesn’t only come in photos. We’ve also learned that Holly is now working with Defined With Purpose, an organization that helps survivors of sexual abuse. Per the DWP site, the group is “a faith based non-profit organization that mentors those who have experienced child molestation and sexual abuse in understanding their value, worth, and purpose.”

Holly appears to be an intern for Defined With Purpose, helping run weekly group meetings and learning the ins and outs of a non-profit in general. So it looks like she’s continuing to work through her trauma and find ways to grow.

It’s also worth pointing out that Defined With Purpose is based in Roswell GA, just north of Atlanta. And Holly’s social media profiles still list Ellijay GA as her place of residence. So, while Holly may still be working with Dr. Now, she’s chosen not to make the move to Houston to be near his office. (We should note that several My 600 Lb Life cast members have had successful weight loss stories — Tara Taylor and Cynthia Wells among them — despite moving out of Houston once filming for their episodes is complete.)

You can revisit Holly’s My 600 Lb Life episode in its entirety here.