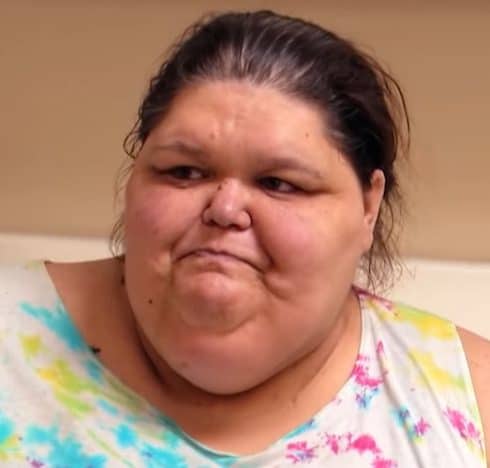 Robin McKinley definitely kept My 600 Lb Life Season 7’s success rolling with she and her nephew Garrett’s combined 500+ pound weight loss. It’s been an unusually upbeat season for the show so far, as almost every single new cast member has managed to drop an impressive amount of weight, keep it all off, and completely change their attitude to boot.

And it sounds like things have continued to go well for Robin ever since her episode aired. Our My 600 Lb Life Robin McKinley update contains the news — first shared by Robin herself — that she’s already filming a Where Are They Now? follow-up, currently scheduled to air next year! In addition, Robin shared a new weight loss pic, in which she continues to look happy and healthy.

As we wrote in our earlier look at Robin’s story, she and her nephew Garrett were both in a race against time. Their combined weight of more than 1,200 pounds surprised Dr. Nowzaradan, though it was Garrett who got the bigger reaction.

“That’s a lot of weight gain in a short time at that age,” Dr. Now told the 20-year-old Garrett. “You’re on track to be the world’s heaviest person if something doesn’t change.”

Robin, her nephew Garrett, and Robin’s husband James all moved 700 miles from Meade KS to Houston to be closer to Dr. Now and his assistance. Garrett lost weight more quickly at first, but Robin braved a 600-calorie-per-day diet and started shedding weight as well.

Before long, both of them had undergone successful weight loss surgery. Robin went from a peak weight of 648 pounds to a far healthier 394, while Garrett fell from a peak weight of 607 pounds all the way down to 337. The combined loss of about 42% of their body weight put Robin and Garrett just somewhat behind David and Benji’s success from My 600 Lb Life Season 6, and led to literal life-changing moves from each. By episode’s end, Robin and her husband James were able to go on their first date in years, while Garrett was able to start training as a welder.

So how is My 600 Lb Life Robin McKinley doing now? She’s a woman of relatively few words on social media, but Robin has offered a few small, mostly encouraging updates since her episode aired. She recently told some followers that she’s “doing great,” and, while she can’t reveal her current weight, she was able to say “I am still filming” in response to questions about a follow-up.

“Yes, there will be another reveal in a year,” Robin said, confirming that she’s under contract for a Where Are They Now? episode. The new episodes generally air one year after a cast member’s premiere (though there are exceptions, as with Bettie Jo Elmore’s most recent follow-up). So, if the show holds true to its usual formula, we’ll be seeing more from Robin next spring!

It also sounds like Robin’s new episode will feature her ongoing knee problems. “I don’t get out much anymore,” Robin also said recently, adding, “I am 100% wheelchair bound because of my knees.” Hopefully, Robin will be able to lose enough weight that walking becomes a possibility once more.

Here’s the most recent photo Robin has made public. It accompanies the GoFundMe she launched in conjunction with her episode: 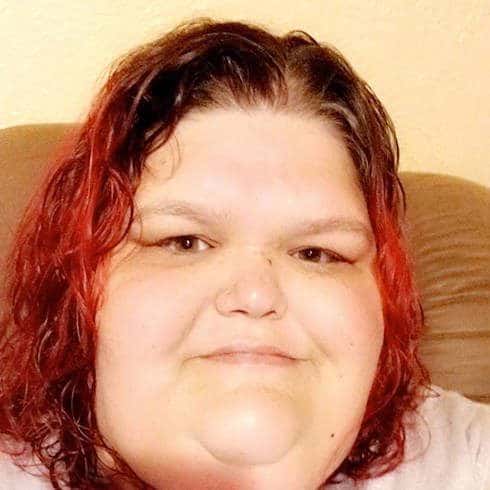 “Looking for help to continue my weight loss journey,” Robin wrote for her fundraiser, which has raised $520 of its $10,000 goal as of this writing. “Houston TX, is an expensive place to live and we can use all the support we can get. I am currently not on insurance and I am unable pay for my medications and some of my medical expenses. Thank you everyone for you help and support.”

Of course, no My 600 Lb Life Robin McKinley update would be complete without Garrett, who’s had his own GoFundMe up for a few months now. Unfortunately, Garrett has only been able to raise $168 dollars, but, with luck, that number will rise as more people see his episode in reruns.

Garrett doesn’t update as often as his Aunt Robin, but he looks just as happy in his latest pic: 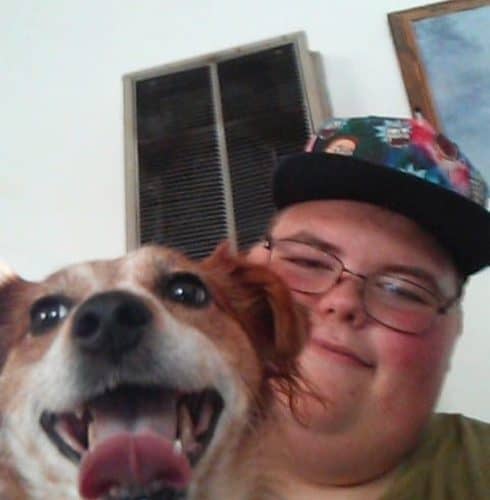 You can stream Robin and Garrett’s My 600 Lb Life debut episode here, via TLC.