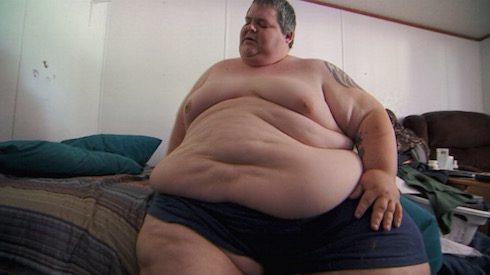 The My 600 Lb Life Aaron Washer episode depicts a man whose eating habits have become so unhealthy that he’s openly worrying about the damage they’re actually doing to his father. Aaron is too obese to care — or grocery shop — for himself, so he relies on his 76-year-old ailing dad to do everything Aaron knows he should be doing himself.

30-year-old Aaron lives in New Braunfels TX, just three hours west of Dr. Nowzaradan’s Houston offices. But the proximity will do Aaron no favors: he’s been trapped in a spiral of unhealthy eating for years, one exacerbated by the devastating death of Aaron’s mother years ago.

After her death, Aaron canceled the plans he’d had to move out, reasoning that he needed to stay at home to take care of his father. But Aaron’s obesity worsened, and by the time he reached 500 pounds he stopped going outside almost completely. And now that he’s reached his peak weight of 718 pounds, Aaron has become just as completely dependent upon others to care for him. For example, the official synopsis from TLC notes that Aaron’s sister has to come over and do laundry, since Aaron is too big to fit in the laundry room.

But nowhere is the situation more troubling than in the My 600 Lb Life Aaron Webster episode scene depicting the trip to the grocery store. Too weak to walk the aisles on his own and unwilling to use the electric cart, Aaron instead drives his father to the store, then has the ailing veteran do the shopping for him.

“I worry that it’s going to be too much for my father at some point,” Aaron says, as his father gets out of the car and into an electric cart at the grocery store. “But it still doesn’t stop me from having him do this. Because this is the only way to get the groceries I want.”

“It makes me feel really guilty that I can’t do what I should,” Aaron continues, while his father purchases the groceries and makes his way slowly back to the car. “I know my father can’t be doing this. He’s getting too old. And I’m supposed to be doing this for him. Not him taking care of me.

“The only thing that’s keeping me going,” Aaron concludes, “to push myself to do all this is knowing everything I’m gonna have once we get home.”