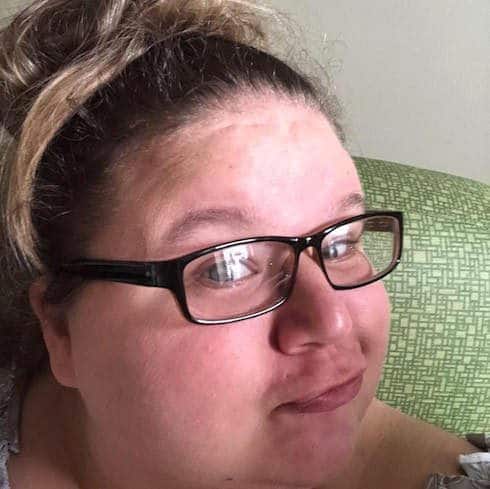 If you’re one of the many people hoping for more of Brianne Smith Dias following her My 600 Lb Life debut, we’ve got some good news for you! In addition to a great new before and after picture, our My 600 Lb Life Brianne update confirms that Brianne *will* be back with a Where Are They Now? episode in the very near future.

We met Season 7 breakout star Brianne last week, when her tearjerker of a back story combined with a cheerful and positive attitude to give My 600 Lb Life‘s new season its first front-to-back success. After a lifetime of feeling unloved by her parents and using food to cope, Brianne met her now-husband Rick. And while the thirty-year gap between their ages was no impediment to their love (she was 22; he was 52), Brianne’s growing obesity became a challenge.

By the time Brianne began filming for her My 600 Lb Life episode, her peak weight of 742 pounds kept her from going through most doorways and left her feeling despondent. Brianne also admitted the “humiliation” she felt every time she needed Rick to help her with hygiene-related tasks, such as going to the bathroom.

One of the things that My 600 Lb Life viewers responded to so enthusiastically, though, was Brianne’s ready willingness to accept all of Dr. Nowzaradan’s instructions and advice. She quickly qualified for weight loss surgery, which was a success. But not long after surgery — and on Brianne’s birthday, no less — Rick suffered a heart attack, making Brianne even more determined to get healthy and relieve some of his caregiving burden. (Plus, Brianne also got food poisoning on the same day of Rick’s heart attack! We’re hoping this year’s birthday is a lot more fun.)

By the end of her debut, Brianne had lost an incredible 380 pounds, and her weight was down to a far healthier 360. To put those figures in perspective, Brianne lost 51.2% of her peak weight on her first episode — one of the highest single-episode weight losses in My 600 Lb Life history.

But it’s been months since filming concluded. So how is Brianne doing now? We’ll begin the even-better-news portion of our My 600 Lb Life Brianne update with the most recent before-and-after photo Brianne has made public. For comparison’s sake, consider that she shared the photo at the top of the article in early November of last year. We don’t know if the photo was taken at the same time, or taken earlier and posted later — but it already shows a tremendous change in Brianne’s appearance from the start of her story.

And here’s the latest pic of Brianne, from just a few days ago: 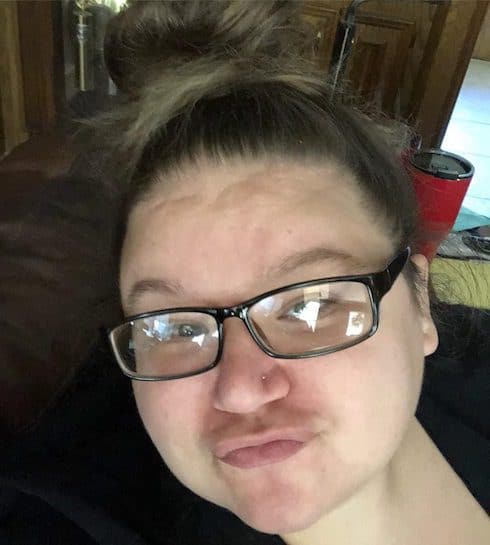 Brianne is definitely keeping up with her diet and exercise regimen, too: she captioned the above photo “Today is a good day!!!! Walk #2 going down!! #nolonger600lbs #my600lblifebriannesstory #inittowinit”

Beyond that, Brianne has said that she and Rick haven’t returned to Oregon; instead, they still live in Texas, in order to be near Dr. Now’s office and support. Not every cast member stays in the Houston area, sometimes with disastrous results for their weight loss, so Brianne’s decision to stay put suggests she remains dead set on meeting her weight loss goals.

All the praise and well-wishes she’s received since her episode aired appear to be helping. Brianne thanked her family, friends, and new followers with this heartfelt post a few days after the premiere:

I just want to say thank you so much for all the support and love I’ve been receiving from family, friends and new friends I’m overwhelmed by all your kind words! Thank you!! It is always good to build people up instead of tearing them done! So again thank you! I’m in this to win it!!! #GoBriGo #Briannesstory #nolonger600lblife stay tuned for my follow up. ?????????

And no, “stay tuned for my follow up” isn’t just words. Brianne has since confirmed in several separate exchanges with fans that filming for her own Where Are They Now? episode has been underway for some time. Given that the follow-ups also chronicle around a year in the life of each cast member, it’s likely that we’ll get an official My 600 Lb life Brianne update when the show airs its eighth season in early 2020.

If you’d like to follow along for Brianne’s weight loss journey, you can do so at her official Facebook page here. Brianne had just under 100 followers when we wrote about her last week, and that number has ballooned to more than 1,500 followers today — positive reinforcement is a powerful thing! And, of course, you can revisit Brianne’s episode here, via TLC.