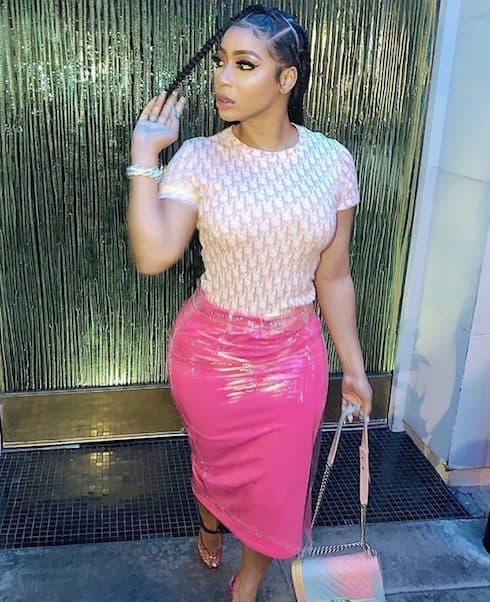 She’s become one of the biggest names in the Love & Hip Hop Atlanta cast since her introduction back in Season 5 — so why isn’t Tommie on LHHATL anymore? The former star’s legal woes have unfortunately only worsened over the past few months, and she’s now facing more than 50 years in prison on child abuse charges. Making matters worse, Tommie was recently arrested for the first time in 2019 — while in court on those charges.

Why isn’t Tommie on LHHATL for Season 8? Is she still in the cast?

Simply put, the child abuse charges currently pending against Tommie were finally too much for Love & Hip Hop Atlanta to bear. She’s been removed from the cast; while she could potentially make a comeback years down the road — depending on how her trial goes — that talk is premature, to say the least.

Rumors about Tommie’s removal from the LHHATL cast started swirling almost immediately after she was arrested for assaulting a middle schooler last October. By the end of 2018, Tommie was talking openly on social media about being done with the show, and responded directly to several fan questions about whether she was really gone by saying that yes, she really was.

The only question is whether Tommie quit Love & Hip Hop Atlanta, or was fired. Given how difficult it is for cast members to get out of their contracts, we’re betting that the show’s producers let her go. But there’s still been no official word from the production.

Why was Tommie arrested in 2019? Where is she currently?

In mid-March, Tommie was arrested for drunk driving. Her BAC of .16% was twice the legal limit in Georgia. But making matters even worse was the fact that Tommie was arrested in the courtroom where she’d been expected to appear in her child abuse pre-trial. Tommie is currently being held in the Cobb County Adult Detention Center; as of this writing, she’s been there for twelve days.

We don’t know exactly how many times Tommie has been arrested, but, by our count, the number is roughly two dozen. Here’s her latest mugshot, via TMZ:

Is Tommie getting help?

It would appear so. Tommie’s close friends have been outspoken since her latest arrest, saying that she’d been seeking treatment for alcoholism and addiction in the weeks leading up to her arrest. And Tommie herself has been penitent on social media, asking her 3.7 million Instagram followers for forgiveness and further claiming she intends to get clean:

My deepest apologies to my fans,proud supporters, and most of all my Family??. #FreemyMomma #longliveChikoJuan

I’ve been working really hard through my problems considering the challenges that’s been set before me since I’ve been home. I’ve done all that I can do on my own to shake my habits but I do realize that I need help and I am currently seeking treatment. Thank you, see you soon.

According to Cobb County court records, Tommie’s next court appearance has yet to be scheduled. Her trial is expected to begin later in 2019, though her most recent arrest could complicate the calendar.