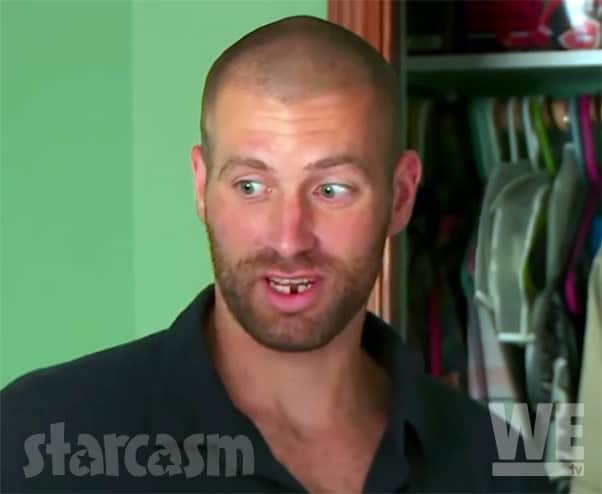 Love After Lockup bad boy Matt Frasier continues to rack up charges after his prison release documented on the show. The 30-year-old reality star is back in jail again in Washington after he was booked for driving with a suspended license.

Online records indicate that Matt was taken into custody Thursday night around 9:57PM. At the time of this post, he is still listed as being in custody at the Thurston County Corrections Facility. His bail has been set at $2,000.

I should point out that it’s unclear if this is a new charge or if Matt was served on a warrant for an older charge. When he was arrested for the second time last month (details below) it was because he had an outstanding warrant for DWSL, so I would assume that he hasn’t had another warrant issued since then. I would assume.

UPDATE – Matt has since posted bail and is back out as of Friday, February 21.

We last checked in on Matt back in January after he had been arrested twice on consecutive days on two separate charges. He was booked on January 15 for driving on a suspended license and failing to register a vehicle title within 45 days.

He bonded out the same day and was working on a car in the driveway the following day when police arrived to serve a warrant on another man Matt was with. Police recognized Matt and ran him through the system, which turned up yet another warrant from another county for — you guessed it — driving on a suspended license.

Police searched Matt and found a lump in his pocket.

I transported Frasier to the Thurston County Jail and booked him in for UPCS Methamphetamine. Frasier made several statements while en route the jail. “I can’t get booked in on a meth charge, man.” “It’s just a small bag of meth.”

The substance tested positive for meth and Matt was charged with possession.

I checked court records and there are two other case numbers from earlier this month that I wasn’t aware of. I’m currently trying to find out more information on those to see if Matt caught some additional charges.

UPDATE – I’ve gotten information on one of the incidents. Matt was pulled over for speeding on February 2 and charged with driving on a suspended license.

Matt is still awaiting trial for a felony possession of a stolen vehicle charge that he caught more than a year ago. Thanks in part to his numerous other arrests, that trial keeps getting pushed back. I assume prosecutors are trying to keep Matt’s cases consolidated to some degree, but that seems to be an impossible task when he continually gets arrested.

Given how many times he has been bailed out, plus all the court fees and fines, Matt REALLY needs to look into using Uber or Lyft to get around instead of insisting on driving himmself!

As usual with Matt, I will wrap up this post with a timeline of his legal issues since his prison released as featured on Love after Lockup Season 2.

LOVE AFTER LOCKUP Tracie released from jail after being arrested again