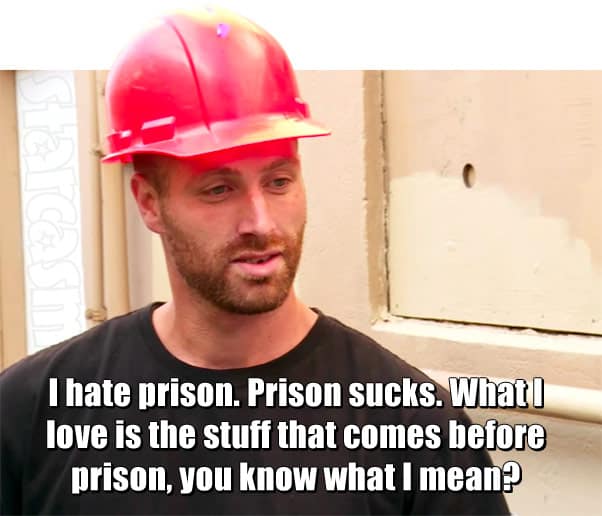 Love After Lockup star Matt Frasier is currently a wanted man in the state of Washington. A Thurston County Superior Court judge signed off on a bench warrant for Matt’s arrest on Monday after he was a no-show for a scheduled court date in regards to his pending trial later this month.

Matt had a trial confirmation hearing scheduled on Halloween morning in regards to his possession of a stolen vehicle charge from January. A bench warrant issuance order was filed the same day, and the judge signed off on the warrant on Monday.

Matt was scheduled for arraignment on Tuesday stemming from his recent arrest for heroin possession and stolen credit cards, but as you can probably guess, he did not show up for that either. Another bench warrant issuance order was filed on Tuesday, but I do not see that there was a separate warrant issued. (I’m not sure how that works. If there is already a warrant issued for someone’s arrest, does that eliminate the need for a second warrant? Especially if the reason for the warrants are essentially the same?)

UPDATE – A second bench warrant was issued for Matt on Thursday, November 7. There was also a motion filed to forfeit his bail with a forfeiture hearing scheduled for November 21.

It seems very obvious to everyone — Matt included — that he will eventually be going back to prison. Given his previous record, plus all of the pending charges, I am guessing that he will be locked up for quite a while. (In both of his pending cases, prosecutors have filed notices of Intent to Seek Exceptional Sentence.)

In case you haven’t been keeping track, or needed a refresher, here is a timeline of Matt’s legal issues over the past year: