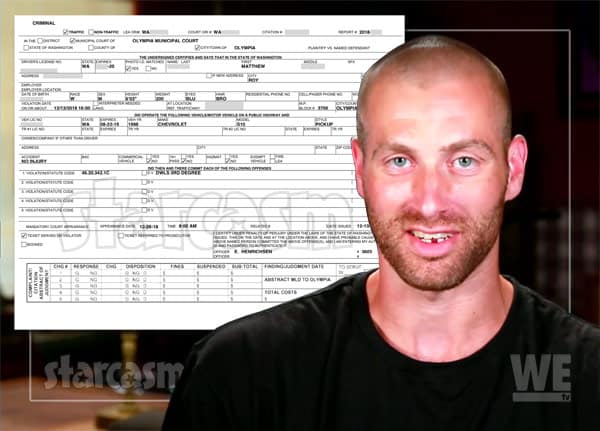 Love After Lockup‘s Matt Frasier is the first to admit that he has a hard time staying out of trouble, and that continues to be the case as he once again found himself on the wrong side of the law last month.

According to court records, Matt rear ended another driver at an intersection near Olympia, Washington on December 13. One of the responding officers stated in his report that he “responded to a disturbance that started out as a collision and possible hit and run.” He adds that “the original caller reported she was rear ended by [Matt], and he was trying to convince her to not call 9-1-1 because he didn’t have a license.”

The officer spoke with Matt, and Matt told him that “he didn’t have a license on him and stated he knew his license was suspended.” The officer confirmed that Matt’s driver’s license was indeed suspended. Matt was issued a criminal citation for Driving With a Suspended License as well as a ticket for “speeding too fast for conditions.”

It’s unclear how the misdemeanor charge will impact Matt’s parole/probation. Given his very serious offenses in the past, I assume that he is on either parole or probation, but I was unable to confirm that.

UPDATE – Matt was involved in another, much more serious accident on December 23. According to the police report, Matt was driving the same damaged pickup truck despite the fact that the steering was damaged and would sometime lock up. Click the link for all the details.

UPDATE – Matt was arrested and booked on January 4 for possession of a stolen vehicle.

Speaking of the “very serious offenses” in Matt’s past, I haven’t really posted about him before, so why don’t I share the list of his prior convictions according to the Washington State Department of Corrections:

That is QUITE the rap sheet! WE tv posted a look at Matt’s criminal history on the show, but that was only through December of 2015 and did not include any of Matt’s five felony charges from that month.

Getting back to Matt’s recent accident and DWLS charge… The documents may have revealed a bit of a spoiler because the vehicle Matt was driving, which was described as a red Chevy S-10 pickup truck, was registered to Caitlin. In addition, both Caitlin and Matt had the same address — which looks to be that of Matt’s mother. So, I am guessing that the couple is still together. Either that, or there is some other reason that Matt is driving Caitlin’s truck around Olympia and they are both telling police they are living together!

Also, the paperwork used Caitlin’s maiden name, if that means anything. We are working on a post about Caitlin and hope to have something up in the next week or so, so stay tuned. 🙂

On a side note, did anybody else get the vibe that Matt had already rounded the bases before the couple’s infamous “conjungle” visit in the woods? 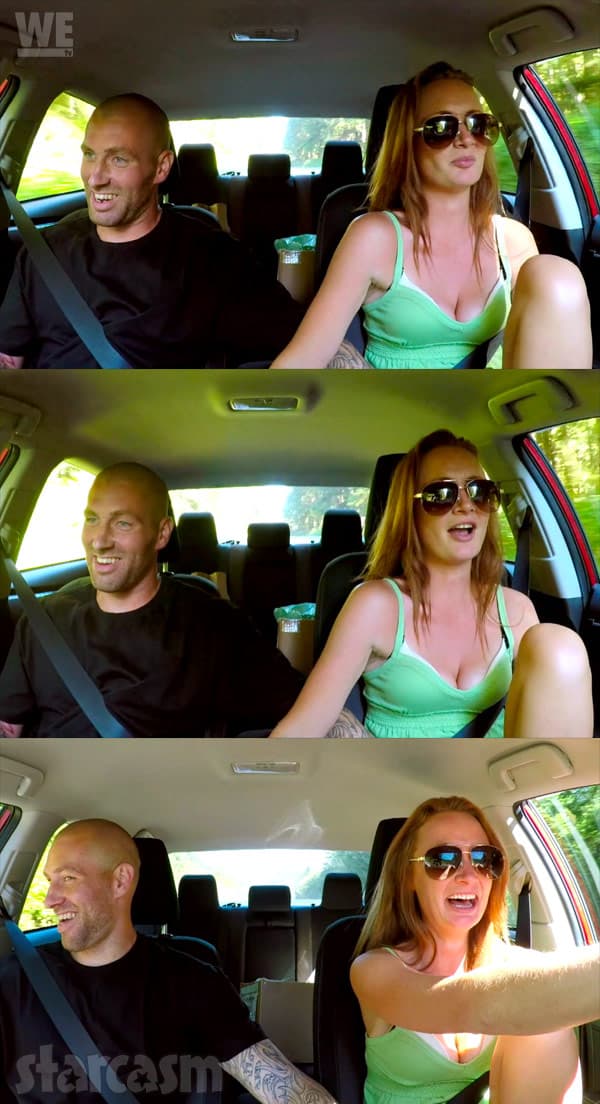 I’ve been covering reality shows for more than a decade now, and I cannot recall a more randy couple! Lawdy lawd!

Be sure to keep up with all the lawdy, lawdy, hot ‘n’ bawdy fun with new episodes of Love After Lockup airing Friday nights at 9/8c on WE tv!