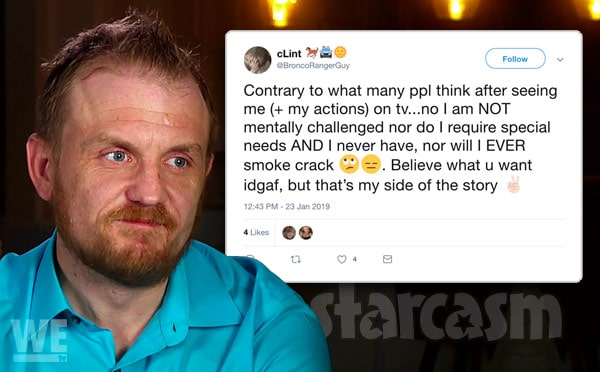 On the current season of Love After Lockup, Clint and Tracie’s relationship looks to be headed for the same fate as Clint’s infamous Little Debbie snack cake trailer. Last week’s episode left off with Clint in tears as he explained to his mother on a producer’s phone that Tracie left him for “motherf**king crack” the morning after their wedding — taking his wallet, phone, and car with her.

As our readers are well aware, Tracie will ***SPOILER ALERT*** eventually be arrested and will spend some time back behind bars in the Gaines County Jail. Clint will also get locked up as he heads to visit Tracie and gets caught in possession of marijuana. But, both of these jail/lovebirds are currently out, and it appears as though they are still together.

Tracie recently resurfaced on Facebook, but she keeps activating and deactivating her new account. (It looks to be deactivated again right now.) She posted a few photos with Clint, as well as some selfies, and she looks to have lost weight in some of the pictures. Someone commented that Tracie looked great and asked her what her weight loss secret was. “I lost it in county jail,” Tracie responded, along with an image of a dancing skeleton. “Got real depressed and lonely,” she added.

Another commenter wrote that she was a huge fan of the show and told Tracie she was one of her favorites. Tracie responded by talking about her weight loss again, and reveals that viewers will be seeing it first hand on the show soon:

Ty so much! I got dogged out by so many ppl saying I was fat …and ugly. It’s not a beauty pageant…. just a show. Anyhow , I am now 45 lbs skinnier (which u will see on episode 9 or 10). But Clint likes me thicker. Ugh… I can’t seem to plz anyone. So I’m just gonna be ME! Have a good day.

COMMENT: Don’t let dumb people get you down hun!! They just jealous Bc you are sexy and beautiful!!! Who cares if someone is skinny or chubby or bigger, there are still a person!! Weight doesn’t make someone good or bad!! This world needs to up lift people & encourage others not judge & put down!!

TRACIE: I totally agree. It was just hard bc I was still in my [addiction] once I got out of prison and there were cameras around. So yeah… I’m just tired of being judged. But it’s the price u pay for being on tv.

Here are a couple of the photos posted by Tracie: 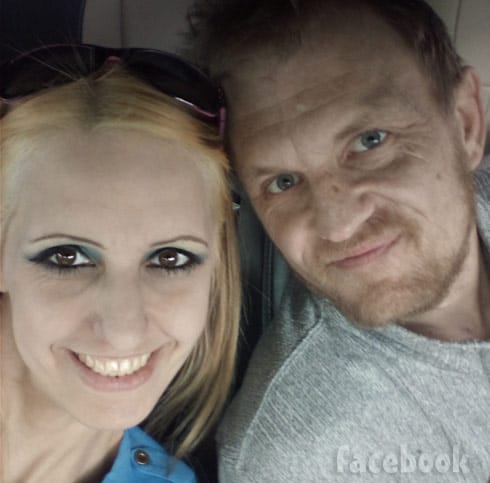 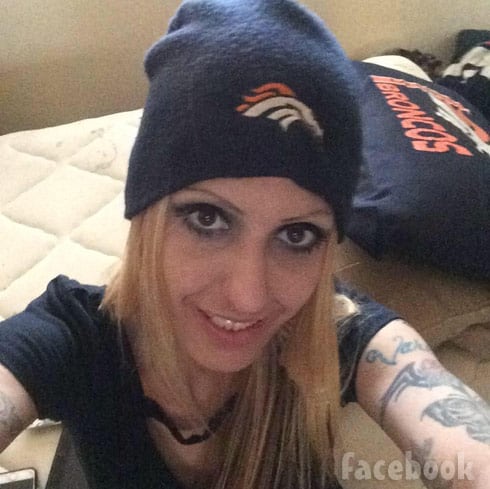 Meanwhile, Clint recently took to Twitter to respond to comments being made about him by viewers:

Contrary to what many ppl think after seeing me (+ my actions) on tv…no I am NOT mentally challenged nor do I require special needs AND I never have, nor will I EVER smoke crack ??. Believe what u want idgaf, but that’s my side of the story ✌?

TWEET: You seem like a normal guy to me on the show. People just love to talk crap.

CLINT: Yeah I just had to say something bc they were becoming a common theme with me for some reason lol. Everybody is entitled to their opinions I get that, I just wanted to set the record straight on that lol

TWEET: Why even respond? You signed up to be on a show that exposed your life to the world and we can have opinions. Something ain’t right….

CLINT: You’re exactly right ms June. I just wanted to set the record straight on that, that’s all. Thx 4 watching the show ?

UPDATE – Clint took to Facebook on February 21 to once again address claims that he is “mentally challenged” or “special needs.” Click the link for what he had to say.

Clint also responded to a photo that was recently posted to the Love After Lockup subreddit with the title “Tracie spotted selling her wedding ring online.” The photo is from a Brisbane Facebook listing for an engagement ring that includes what looks to be a meth pipe in the background: 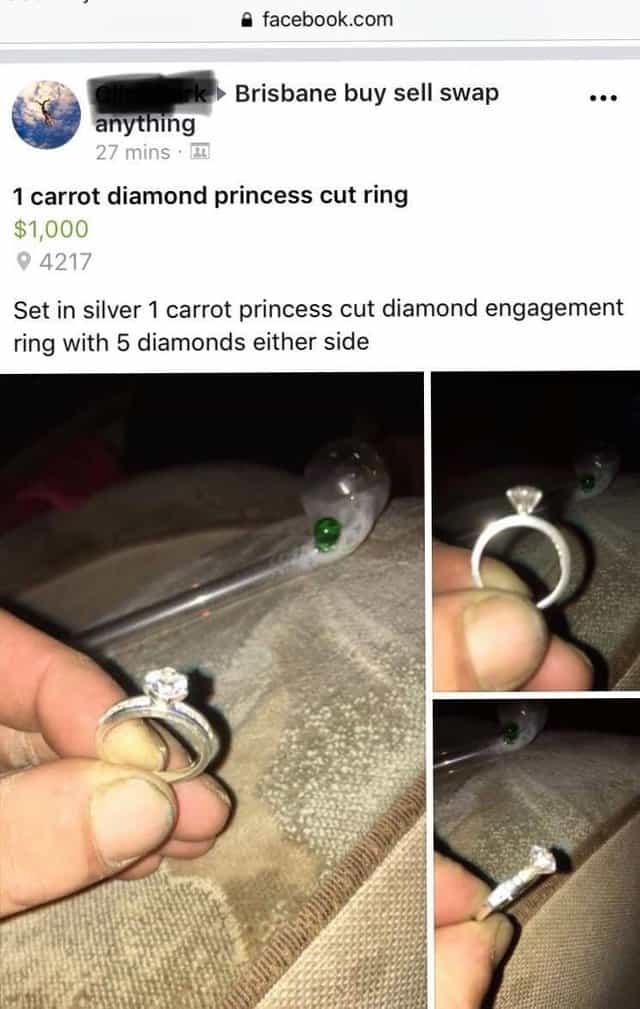 The redditor who posted it is a frequent commenter in the CrackheadCraigslist subreddit, where the image was reposted from r/BoneAppleTea back in early December. I believe the post was clearly made as a joke, but a lot of folks (and even another website covering Love After Lockup) took it as potentially the real thing.

A Twitter user responded to a post about the photo and asked Clint: “This can’t be real, right?” Clint responded by assuring everyone it was not real, and he included receipts in the form of photos of his goddess’s ring: 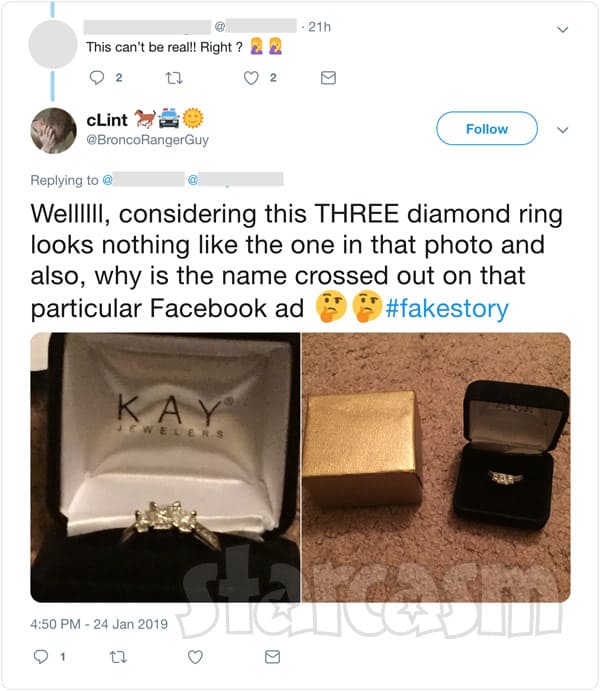 And speaking of Clint on social media, there is a new Instagram account claiming to be Clint that recently started posting as well. So far, the account has only posted older photos that were on Clint’s Facebook page, including one with his second wife — who passed away not long after the two were married in June of 2010. I am going to assume that the account is not actually Clint until we see some sort of proof otherwise.

Meanwhile, be sure to keep up with Clint and Tracie’s CUH-RAYZAY story with new episodes on Love After Lockup airing Friday nights at 9/8c on WE tv! Oh, and in case you haven’t heard the great news, WE tv just announced they have extended Season 2 from 14 episodes to 24 episodes!!! We have heard reliable reports that Clint and Tracie were recently filming, so I assume we will be able to continue to follow their story.

Oh, and if you are looking for Love After Lockup spoilers, just click here for a Table of Contents for our extensive coverage of Season 2!