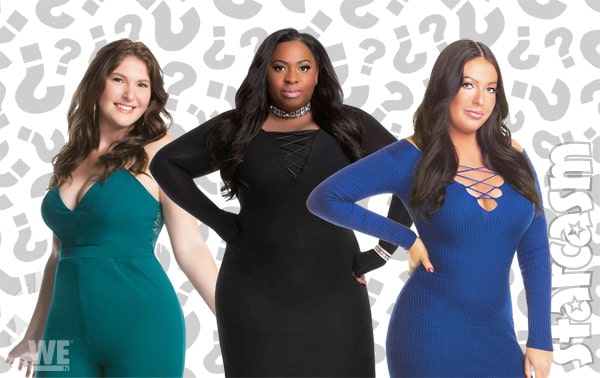 Canadian cast member Mary has been sharing numerous posts hinting at the new project, including a photo in which she and Dom can be seen preparing to film what looks to be a standard reality show interview segment:

Mary quoted Kanye West lyrics in the caption as well as a series of hashtags:

She added another VERY lengthy string of hashtags in a comment, but I won’t list those here.

Last week, Mary shared another post in which she revealed that she and Dom would be answering fan questions as part of a new project. “Do you have a question? Because we’ve got an answer!!” Mary begins. “Ask Dom and I any questions that you’re dying to know and we may just answer it on our new project!! STAY TUNED! We wanna hear from you!!! ???Xx @wetv #loveafterlockup #wetv”

Mary also posted a touching story from a fan as well as her lengthy, appreciative response:

Well, I normally don’t post novels but this one was a tear jerker!! I received an incredible message today from a fan and I couldn’t help but share it! Receiving messages like this makes my heart so happy and truly shows me that everything I have done has truly made a difference. I did this show for a reason and I really hoped and prayed that one day I would be able to help someone or anyone feel better or understand what they were going through! I wanted to help end the stigma behind incarceration and incarcerated relationships. We are REAL people, with REAL jobs, with REAL families, with REAL feelings and we are just like you! Our relationships may not have been easy but whose is? Receiving messages like this makes me feel like I didn’t to this all for nothing! If I could help you or just 1 person feel some type of way, my job is done! Thank you to all the fans and women who have reached out to me over time with kind words or asked for advice. I am such a strong believer of women empowering women and I will continue to strive every single day of my life to continue to empower, inspire and help others grow!! I love you all and I will continue to share my story and I challenge you to share yours too! We can really and truly learn from one another!! Thank you for your kind words, you know who you are! Xx Mary #loveafterlockup

As you would imagine, the #wetv and #loveafterlockup hashtags had many fans rightfully speculating that Mary was working on Love After Lockup Season 2. Mary’s co-star Johnna shot down that speculation in a Facebook group for Love After Lockup‘s production companion series 90 Day Fiance. “Fake news” she declared, as evidenced by a series of screen caps later posted to the Love After Lockup subreddit.

“Is this an old photo?” a commenter asked about the original picture — not included in the screen cap. (I’m guessing it is Mary’s photo with Dom and a camera crew above.) “Or an update? Or just trolling for likes? They’re still going to try to do a second season, new cast members, right?”

“It’s not an old photo but it’s also not season 2,” Johnna replied. “I can’t give all the details away, but I just don’t like when I see people saying they know something FOR SURE and they’re wrong.”

Apparently someone decided to argue with Johnna, and she replied at length — spilling some more tea:

I mean you can believe what you want love. I’m just telling you that I am a cast member who will be filming with the same crew next weekend and it is not for season 2. I also am friends with both Mary and Andrea and they are doing the same project as I am which as I mentioned is not for season 2. Is there a season 2? Yes. Is that what the season 1 cast is working on? No.

Another commenter asked if WEtv already had a cast set for Love After Lockup Season 2. “They have some cast members,” Johnna reveals, “but are still actively searching for more!”

Johnna’s statement about casting seems to jibe with the reposting of a casting call for the show by several reality show casting agencies recently:

With Mary, Johnna, and Andrea all participating, that leaves Angela as the lone lady of Love After Lockup (who wasn’t a prisoner) who isn’t officially attached to the new project yet. It’s also unclear if any of the men (other than Dom) are involved in the new project, although Johnna’s ex Garrett did post about a “new show” last month in a series of Instagram stories in which he proudly showed off a wad of cash.

UPDATE – It seems that almost the entire cast is participating in the project! The @WEtv Twitter account has been soliciting questions for the couples, including Angela and Tony as well as Scott and Lizzie!

WE're taking questions for Scott and Lizzie. Ask them anything! Reply to this tweet and they may answer it on air. #LoveAfterLockup pic.twitter.com/BykdXUICwZ

That only leaves James and Alla, who have since broken up after Alla’s re-incarceration. It appears as though the network is rolling through these question requests, so it could be that they haven’t gotten to James and Alla yet.

Given that this seems to be a very quick interview-only kind of thing, I am going to guess that WEtv is either doing an update episode or perhaps adding filler for expanded versions of the original episodes for re-airing. The former sounds more likely. Normally, I would speculate that they would aim to air a “catch-up” special with the Season 1 cast just prior to the premiere of Season 2, but it’s my understanding that Season 2 is waaaay off at this point, and it seems a little too early to do a catch up that won’t air until months down the road? I suppose we will all have to stay tuned to find out!

UPDATE – James has since responded to our story, but unortunately he was not very forthcoming with his statement: 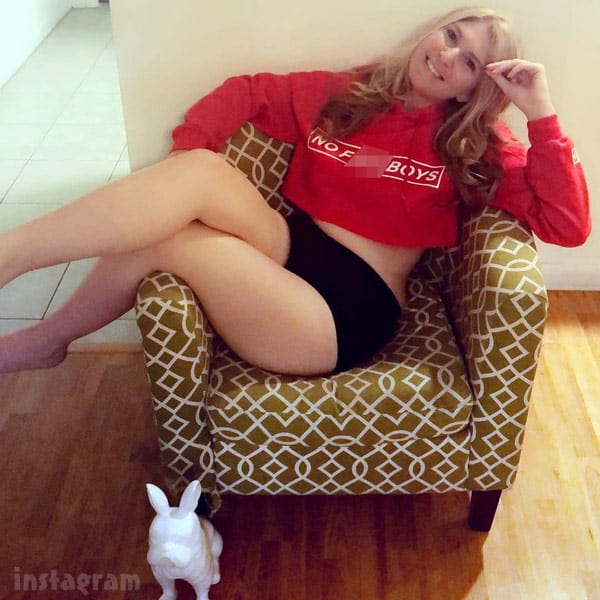 I don’t know about you, but I’m thrilled to know that we will be able to catch up with Johnna, Mary and Andrea — in whatever format that takes! I’m especially excited for fans to see Johnna living her life post-Garrett. In case you missed it, she has relocated to Austin, Texas and is currently enjoying life as an employee by day, and fun-loving snack by night.

How much money do the Love After Lockup cast members make?