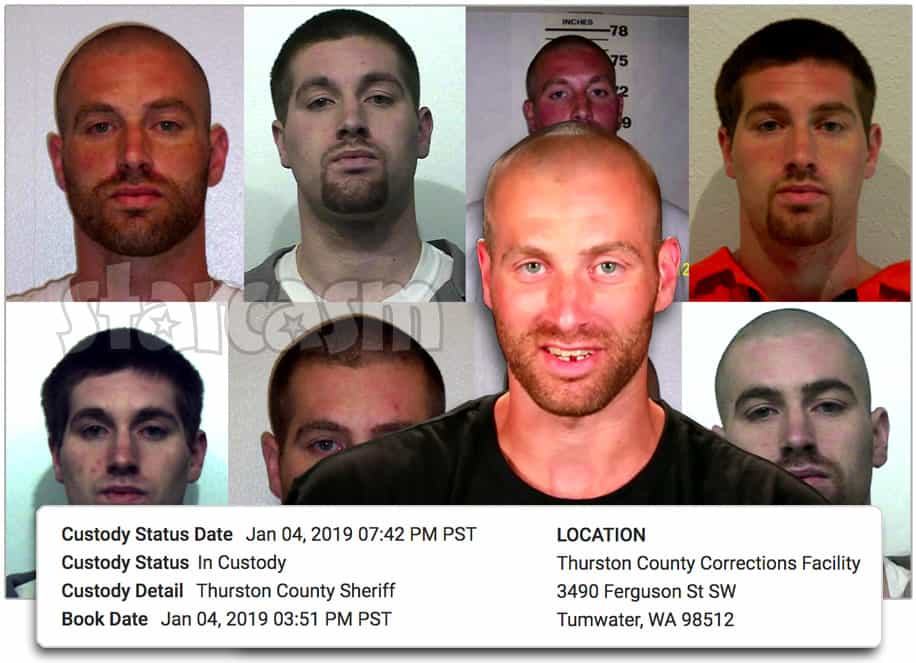 According to jail records, Matt was booked into the Thurston County Corrections Facility on Friday on the charge of possession of a stolen vehicle. He currently has no bail amount set. We don’t know much more than that, but we have reached out to the Sheriff’s Department and will update if we receive any more information.

As we reported on Friday, Matt was charged with driving on a suspended license after rear ending another woman in Olympia on December 13. According to the incident report, the vehicle Matt was driving was a Chevy pickup registered to Caitlin.

It is easy to come up with narratives to explain Matt’s arrest on Friday, most of which would probably involve Matt taking Caitlin’s vehicle after an argument or something similar. My guess is that Matt being caught driving on a suspended license was enough to violate his parole/probation, and that triggered one or more of his previous charges — which included possession of a stolen vehicle. The timing makes sense given that Matt was in court on Wednesday stemming from the suspended license charge. This is purely speculation however!

I want to emphasize that at this point we don’t have any indication that Matt has been using drugs again. I also want to point out that he has been out of prison for a relatively long time, which is quite the accomplishment given his history.

A large part of the reason I enjoy watching Love After Lockup is to work out my head shaking muscles, just like most everyone else, but that doesn’t mean that I want bad things to happen to the cast members. Well, not all the cast members anyways. (I didn’t have much sympathy when I found out Michael is back behind bars given how he was playing Megan and Sarah.) I sincerely hope that Matt is able to stay clean and stay out of trouble — not just for him, but for his family. With that hope in mind, I have my fingers crossed that Matt’s arrest was simply because he was driving when he shouldn’t have been.

UPDATE – Matt is a free man once again!